If You Can Define Anxiety, You Can Re-define It!

Or else they say "I can't." And then, deparately try to convince me that they can't. 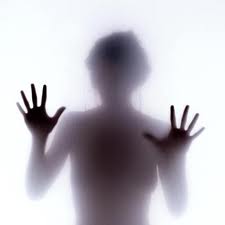 Refusals and desparation spells anxiety to me. I have been there and I don't want to see them suffer.

In effort to acknowledge them, I say, "I know you are nervous, honey, but it will be OK, I'll help you."

To this, they adhemently refuse they are nervous.

While I don't want to get lost in semantics, I find naming and defining our problems and feelings gives us power over them. That said, you can call it whatever you want. Nervousness, Anxiety, Fear, Uncomfortable, Scariness, Panic. But at least call it what it is.

Calling it, "I don't want to," or saying that "I can't to it" is more of an excuse than a name. They are the words Anxiety uses to convince you to believe in it. When we say them, our personal agency gets lost and unaccessible. We go further down the anxiety hole.

A lot of times they say they are not nervous, because it doesn't feel like nervousness to them. The Anxiety is coming in disguise. They say they don't want to because it is easier to admit than loss over not be able to do something they might enjoy. If they don't want to, it is not a loss. Also, staying home seems easier and more pleasant, so it does seem to be a truthful statement.

I just want them to have this option.

What do you think? Do your kids name when they are nervous? Do you?

Tags: getting your power back from anxiety naming anxiety

APA Reference
Lobozzo, J. (2013, May 1). If You Can Define Anxiety, You Can Re-define It!, HealthyPlace. Retrieved on 2023, January 27 from https://www.healthyplace.com/blogs/anxiety-schmanxiety/2013/05/define-anxiety-redefine-anxiety

One Surefire Way To Take Anxiety Down A Notch
Anxiety and The Need To Be In Control
asperepilepsy
October, 20 2013 at 7:28 pm

For me the worst judges have been immediate family.

I have BPD with generalized Anxiety ,so when I complain that I cant or I dont want to by myself,its not just my anxiety but people judge my neediness from my BPD symptoms

Pick different people, darling. And definitely don't judge yourself! This will help to. Do ask from a victim mentality but from a empowered attitude knowing how helpful the resources of friends could be!

I don't want to and I can't were always my answers until the last 2 years of my life. It was always fear of other's judgement.

The worse judger is yourself. Once you stop judging yourself, none of others judgments (especially those of people you cannot trust anyway) will matter. xo

I used these words when I was a child. I am now 32 and have lived with anxiety since the age of 8. I think that kids are so much more aware than we think, but their thinking is so much more undistorted. They don't want to seem weak, but at the same time it is often really hard even as an adult to find the "right" words to describe how you are feeling. As an adult when I feel an anxiety attack I grab my bag of tools and try to find the source and problem solve from there. I think kids need us to help them build up the inventory in their own bag of tools. My heart aches SO deeply for children who suffer from anxiety. I feel I would have been much better off if someone had taken the time and energy to help me when I was so scared and innocent.

Absolutely, I see it everyday with my little one. Children are definitely more aware than we are. They pay attention to everything.

It is hard but important to balance being understanding but not on anxiety's side. Leah, thanks so much for the comment. Now it is time to help your own little scared girl! xo

We talk a lot in my house about feeling more than one thing at the same time. My little girl is both brave and nervous, so we talk about how being scared but doing something anyway is courageous. Sometimes we talk about how some scary things are also fun, or how being a little bit scared can be fun. We also talk about how the ids are good at doing hard things. It might be hard to approach a stranger and ask to pet his dog, but my kids always make a friend when they push through the difficulty.

Awesome Shannon! Thanks for great advice!

My son does the same thing. He is 15 years old and his anxiety is getting worse and worse. He goes to school with a tutor for two hours a day and that still makes him nervous, although he will never admit he is nervous. He refused to go to school in February and missed 8 weeks before we could get him into this program. But anyway, he always tells the he doesn't want to go or he doesn't want to do it. Then he clams up. Glad to know that I'm not the only one although I wouldn't wish it on anyone.
Michele

Michelle,
I work with many kids too afraid to go to school. What you are experiencing is common. It is hard bc once they stop for a while, they get the idea that it is an option, and it is so hard to undo that belief. There are other kids who don't want to go, who GO, and when you ask them why they say "I have to." It is a hard habit to break and no I wouldn't wish it on anyone either. Though kids CAN go back but you have to find a place where their motivaton outstands their anxiety. Something to take priority of anxiety. I hope you find it.
Love,
Jodi