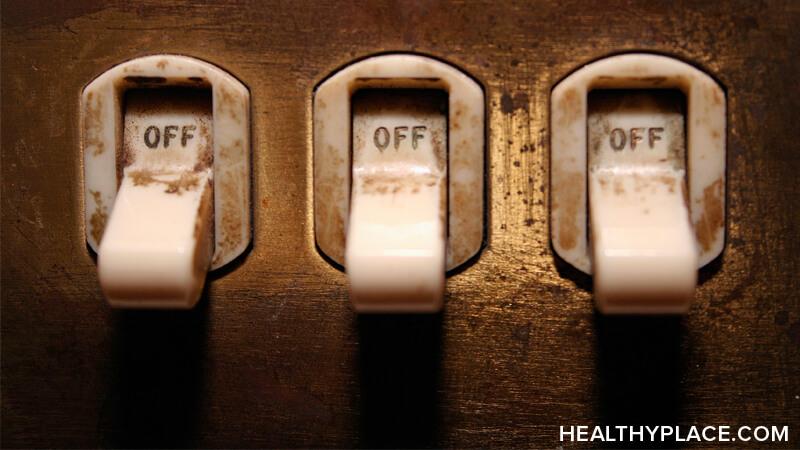 Recognizing obsessive-compulsive disorder (OCD) rituals can be an important journey of self-discovery. Obsessive-compulsive disorder sufferers often have mental rituals that help lessen their worries and unwanted thoughts. When a sufferer performs an OCD ritual, it can temporarily help relieve anxiety. The rituals may seem illogical to those who don’t have the disorder. But to those who suffer from this often-devastating condition, recognizing OCD rituals and their triggers can sometimes lead to greater self-understanding and relief.

I first suffered from symptoms of OCD in kindergarten. Some of my compulsive behavior examples included:

Those unwanted thoughts, also known as intrusive thoughts, haunt me still. But by using the power of knowledge, I learned to cope without using many of my OCD routines.

Once a psychiatrist diagnosed me with OCD in my 20s, I did a lot of reading about OCD to help me recognize my OCD rituals. I also examined my thoughts carefully to understand what specific topics troubled me the most.

Obsessive-compulsive disorder is different for every sufferer, and, therefore, each individual will have his or her own rituals. While growing up, I also suffered from rituals associated with religion and morality. This form of OCD is called scrupulosity. It took me years to recognize my personal rituals associated with this type of OCD.

(Note: the next paragraph may present triggers for those who suffer from scrupulosity.)

When I was in elementary school my thoughts that my hands were dirty could often be relieved by touching a Bible. I was obsessed with ideas of heaven and hell, of benevolent religious figures and the Devil. I heard about the plot of a movie called Rosemary’s Baby when I was 12 and for many years, I would have unwanted thoughts of a demon attacking me. Just being an adolescent is enough to deal with, but I also had intrusive, religious thoughts to battle hundreds of times a day.

Learning more about the history of religion and OCD helped me to understand these OCD rituals, such as compulsive praying. Eventually, I was able to eliminate most of these personal OCD rituals from my life by recognizing why I did them.

One ritual that I recognize, but cannot conquer, is my insistence on washing my hands repeatedly. I wash my hands even after I touch clean items because my mind insists that they are dirty or harmful. This OCD ritual persists after I do something as simple as tying my shoes. I know that it makes no sense logically, but I still can’t help myself. I have worrying thoughts until I am able to get to a sink and wash my hands with soap and water.

Though reading and research have greatly helped me in recognizing personal OCD rituals, I don't know how to stop mental compulsions completely and still suffer from some unwanted thoughts and habits. I know that I may never fully have relief from my rituals, but knowing why I do them has been essential to eliminating some of these OCD rituals from my life.