Schizophrenia, Schizoaffective Disorder in the Workplace

Things were getting tough at my job over the past few weeks. A lot of people were out sick, and I filled in some extra shifts. But it became clearer and clearer to me that I needed some “me” time (Good Self-Care Is Vital To Mental Health Recovery). So, I talked to one of my mentors on the job. I was originally planning to talk to her right before my shift, but I was so nervous I called her a few hours before I had to go in (I work in the evenings). I told her how nervous I was about tackling additional shifts, and I confided that I have a mental illness. I wasn’t slacking off on the job or in declining extra shifts. I just could only work the days I was scheduled to right now due to my health. She totally understood. And when I came into work that day, she greeted me with a big hug and cookies and told me I should nev 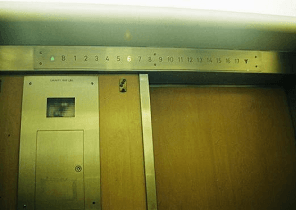 er be afraid to tell her anything because she was my friend.

My job is at a church office and I’ve worked there for more than five years. I don’t recommend walking into a job you’re new at and announcing that you have schizophrenia or schizoaffective disorder. I do recommend working in an understanding and compassionate environment. On the evening shift, I have clear and routine responsibilities, and my husband comes in and sits with me during my shifts after he gets home from work. Much of the job entails answering phone calls, greeting people who come in and making rounds to ensure that everything is in order by the end of the evening.

I have worked at jobs in the past that were just too stressful for me. Working in retail at a busy book store was so demanding that I heard voices all the time -- so often that I had to make up a story about having hypoglycemia and when the voices hit, I blamed them on sugar crashes (Have You Ever Lied About Having A Mental Illness?). I didn’t know anyone I thought I could talk to about my mental illness. I left the job after a few months.

If You Have Schizophrenia, Any Job Is Going to Be Stressful

So if my job is relatively stress-free, why can’t I take extra shifts? I don’t really know why. I know it has to do with me and my schizoaffective disorder and it has to do with a host of anxieties. Will I get to work on time? Will I say something wrong to someone? Will I make a mistake in calendar entries, filing and leaving a message? None of these fears are based in anything that actually happens at the office. Again, I don’t know why I feel that stressed out about something that isn’t that stressful. All I can say is that every job has its stressors. No job is completely stress-free, but my husband and I can really use the extra money my work brings in. And the structure of going to a job is so helpful.

The way my higher-up reacted to my phone call reminded me of why I’ve been able to work at the church office for over five years. People there know that just because you can’t see my illness doesn’t mean it’s not real. They also trust me. And that’s one of the best rewards of all.

Who Asked The Schizophrenic Voices To Dinner?
Schizoaffective Disorder and Dealing With a Crisis
Michele
August, 10 2020 at 3:22 am

Thank you for writing this. I have a question, are you medicated? I know someone who has stopped taking medication but works a fulltime job 4 days a week. I am concerned about his health as he doesn't eat well when not medicated. He will not speak witb me on the phone only texting. How can i help

Dear Michele, Thank you for your comment. I am on medication. As far as your friend goes, it sounds like you're already doing everything you can. Keep being supportive. I hope that helps! Best, Elizabeth

This helped me realize that my disorder was holding me back when I refused to acknowledge it affected me at all.
I've had so many jobs, most of them I quit, everyone thought I was just lazy and had a bad work ethic.
If you can find a meaningful and supportive environment to make a living, I hope I can too.
Thank you.

Dear Jennifer,
Thanks for the comment. I know you can find one! Elizabeth

I'm a Non-combat Veteran, and I recently turned 44 years of age. Had a lot of stress in my life and then without realizing or knowing it, I was having both auditory and visual hallucinations. I shot my self in the chest and did other frightening things, because I believed the voices in my head for past 6+ months were real. I'm a RN and work for the VA. I'm unable to go back to work presently and I have no confidence in my judgement if I do go back, as I'm just now realizing I was in denial. What do I do for disability or SS? Maxed out all my cards and slowly getting better, but afraid also of recovery process, seeing mental about 1 time a month, trying to see someone outside of VA so I can see more often, but it will take time. I was also committed involuntarily and voluntarily past 6 months. Very hard to adapt as I believed nothing could ever derail my mind as I have already been through so much, until the schitzoaffective dx hit me, which was about 6+ months ago.

Hi Matt,
Thanks for your comment. I know how hard it can be at the beginning. I've been there. I can tell you that things do get better over time, though, as you are experiencing.
I'm sorry, but I can't advise you on disability or SS but you may wish to contact the Lifeline for resources (number here): https://www.healthyplace.com/other-info/resources/mental-health-hotline-numbers-and-refer…
You do not have to be suicidal to call.
Also, a mental health advocacy group like NAMI (just Google them and your location) might also be able to help.
You may want to seek out a peer support group through NAMI as well.
Good luck. You can do it.

my name is Vince I have skits-affective I am 25 have spent 7 months at job corps for electrical worked night maintenance at Walmart for a 1.5 years full-time and now I am working for a company that produces nuclear powered vessels for the us navy I get a trynza injection every 90 days along with other stuff I wake up drive myself to work and do my thing the key is to not get lost in drama and not to care just focus

Hi Vince--
Thank you for that insightful comment.
Take Care

I have had this disorder since college, and worked for 35 years as a reading teacher. I retired to take care of my mom for 6 years and now am living in an apt with 3 dogs on a fixed income that sustains me . I don't think any of my friends are aware of my disorder all these years for I functioned as a teacher for so many years . I am on Effexor and a generic for stelazine which if I don't take it I get depressed and hear voices. I am thankful I had all those years of teaching or I am sure I would be on disability. There is hope for this disability.

Thank you for your comment. I hope a lot of people read it and see, as you say, that there is hope for this disability.

I glad found you my son has the disorder he is very smart but I hope he can find job one day. He on his medication he is in college made all A's. . i just pray all the time I am so glad you have friends.

Dear Jeanette, Thank you for your comment. I'm glad you found my blog, too! It sounds like your son is doing really well--that's so good to hear! Take Care, Elizabeth

I glad found you my son has the disorder he is very smart but I hope he can find job one day. He on his medication he is in college made all A's. . i just pray all the time I am so glad you have friends.

Dear Elizabeth,
Thank you for the hope you have just given me. I have been a little lost, as to the direction of an occupation or college degree, but I like that you puthiso clearly. All of the fears and anxieties (voices included) are limitations, buthey shouldn't stop me from pursuing meaningful employment, like you have. Thanks again

I wish my boss where that supportive . I’m schizoaffective as well, and stress is something I don’t deal with well. As a matter of fact I haven’t held down a job since I was diagnosed.im also a sufferer of ptsd thanks to my time in Afghanistan while I served in the marines. I’m still looking for the perfect job.

This is so informative and encouraging to people who want to be supportive. I commend Elizabeth for showing how important information and loving support can happen when we are vulnerable.