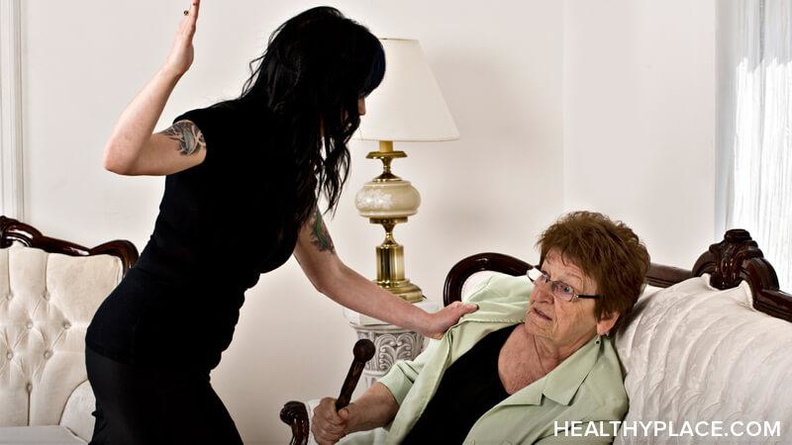 I was at a Christmas party a couple of years ago, and the dinner conversation turned to mass shootings. One woman said, “The one thing you always hear about these shootings is that the shooter had a mental illness.”

The implied reasoning suggested that people with mental illnesses like schizophrenia must be bad – and violent – people. She 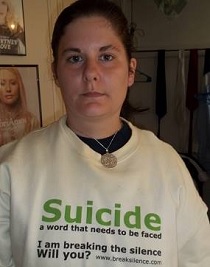 probably wouldn’t have said this if she has known that I have schizoaffective disorder.

The sad thing is, she’s right: that is the one thing you hear about killers. And no one refutes it – not the mass media or advocates or experts. In the case of the Orlando shooting, the lesbian, gay, transgender, queer (LGBTQ) community is speaking up for their rights. They should be – I applaud them. The Muslim community is speaking up because the shooter was Muslim and associated himself with terrorist groups that in no way represent most Muslims. Again, this is good. It’s really important that both of these communities have visibility and reinforce tolerance. But the mental health community also needs to have visibility.

I was watching a news segment on the shooting. The coverage featured a gay man who had tragically lost friends in the shooting and a Muslim man explaining why the Orlando shooter didn’t represent Islam. They spoke eloquently and from the heart. But why not also have a psychiatrist, for example, explain why Omar Mateen, the shooter, doesn’t represent people with bipolar disorder and that violence isn’t a symptom of bipolar disorder though some people with it may be violent and need treatment for it?

I’m not saying Mateen was a nice guy. He’s a mass murderer. He was abusive towards his first wife. She is quoted as saying he had bipolar disorder, but it isn’t clear how she came to this conclusion. She doesn’t say that he was diagnosed by a doctor. It seems to me that “bipolar” is the new umbrella under which we lump violent people. Next time you hear that stereotype, remember that people with mental illnesses like bipolar disorder, schizophrenia, and schizoaffective disorder are much more likely to be the victims of violent crimes rather than the perpetrators.

I’m going to come right out and say it: I don’t like guns. I don’t know why everyone is so up in arms (no pun intended) about the second Amendment when they don’t seem to care as much about other amendments – not even the first Amendment.

Why don’t I like guns? Some people might find this stigmatizing, but I don’t like guns because I have schizoaffective disorder. People with schizophrenia or schizoaffective disorder are much more likely to die by suicide than the rest of the population. In fact, when people with mental illness cause harm with a gun, they are most likely to point the gun at themselves – and only themselves. President Barack Obama cited this in his famous speech in which he cried for the children killed in the Sandy Hook Massacre. I’ve lost people I love to suicide. And I am pretty sure that if I had a gun around, the world and my loved ones would’ve lost me, too.

My Feelings About SZD, Schizophrenia and Violence

The Truth about Paranoia, Extreme Anxiety and Delusions
Does Schizoaffective Disorder Help You Create Art?
Elle Johnson
April, 19 2021 at 7:02 am

Thank you for trying to change the stigma of Schizophrenia and Schizoaffective disorder, as my younger sister was diagnosed with Schizoaffective Disorder last year at the age of 20, now she is unable to attend college or univeristy because she is terrified of the stigma she will face from her peers and proffessors. But she has still managed to hold down a job in a retail store while in therapy which has helped her gain confidence in a supportive & safe environment.

Dear Elle, Thank you for your comment. I'm glad that your sister is able to work and that she has access to therapy. Best, Elizabeth

Thank you so much for trying to stand up for those with mental illness.

Thank you for your comment. It means a lot to me.