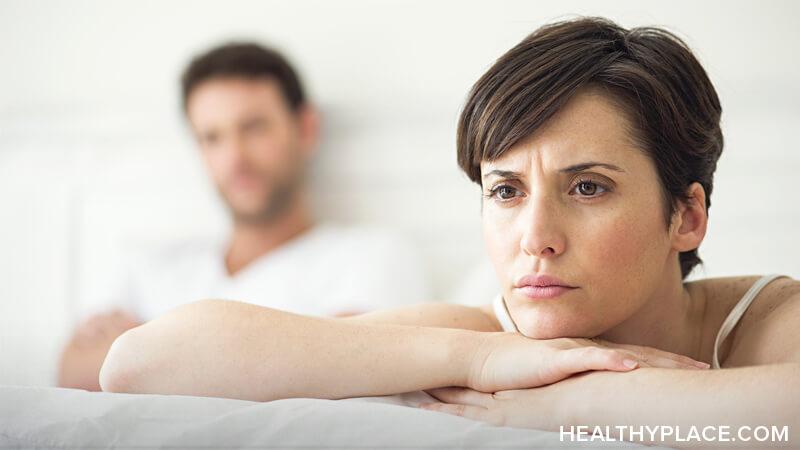 Since my initial diagnosis of schizophrenia and then schizoaffective disorder, the times I’ve behaved most bizarrely resulted from medication changes.

But I almost failed to get my Master’s Degree because I acted so bizarrely to my teachers and other students during medication changes. I looked at people oddly, made angry remarks to them, and sent incoherent emails.

If you find a medication that works for you and you’re doing something like trying to complete a challenging task such as completing graduate school, I would suggest holding off on trying a new medication for awhile.

But the problem with that reasoning, I know, is that there’s never a good time to be behaving badly. Mental illness is just that, an illness. It affects our brains and henceforth affects our behavior. I’m lucky in that I had professors in graduate school who “got it” and who went to bat for me. And I’m still lucky in that my parents, siblings, friends, and husband “get it.” But I’m holding up my end of the bargain by staying on a medication that I know allows me to function well. I take good care of myself. And I try to take good care of others by being a good person.

Was I Behaving Badly Before My Schizoaffective Disorder Diagnosis?

While on the wrong medication, I might have said an occasionally rude remark or missed a meeting or classes. But nothing compares to how I behaved the summer and fall of 1998 when I was beginning to feel the symptoms of having my first major manic episode that would spiral into psychosis. To give you an example, I took off my pants at an outdoor music festival and enjoyed the music in my underwear.

What seemed to trigger the manic episode was taking antidepressants for the depressive symptoms of my undiagnosed bipolar disorder.

This was 19 years ago--half my life ago. People had even less of an understanding of mental illness then than they do now. I still wonder. Had my manic symptoms been recognized and treated before they turned into psychosis, would I even have this label of schizoaffective disorder? Would I even have to take an antipsychotic? Yes, I do realize many people with bipolar disorder take antipsychotics, but not all.

Most of the friendships I’ve sacrificed are due to how I behaved before my initial diagnosis of schizophrenia. Also, I switched colleges after my diagnosis, and I quickly lost touch with people from my first college. But I am lucky enough that most of my friends from before college remained loyal once they realized what had happened to me. And, anyway, who needs friends who don’t stick around when you need them to help you through the hard times? Isn’t that, after all, what friends are for?

Trying to Lose Weight While On a Schizophrenia Medication
My Anxiety Is More Debilitating Than Schizoaffective Disorder
Jesse Creel
September, 8 2017 at 10:13 am

I've got myself into a hole of credit card debt by making bad spending decisions that the Voices encouraged. This article gives me hope that I can change and pay off my debt. I will be sure to stay on my medication, work as much as I can and stop making the bad decision of spending on my credit card. Thanks for writing. Peace.

Amazing article. Your words help others to really understand what goes on in the life of someone dealing with Schizophrenia. Thanks for that---By the way--your father probably did go to Woodstock!

Taking off your pants at an outdoor music event is exactly what we did at Woodstock. Sounds normal to me.