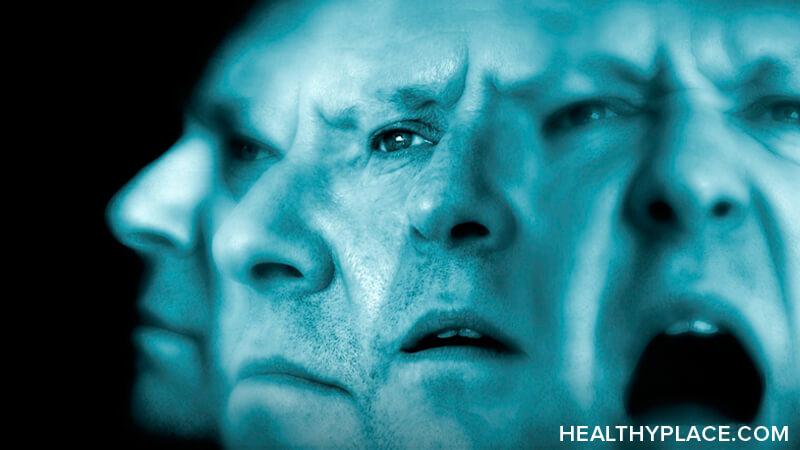 My psychotic break happened years ago, but I still feel that what I believed was real, even though I know it wasn't. Likewise, my schizoaffective disorder doesn't feel like an illness. It feels like something that happened to me. My initial psychotic break doesn't feel like the onset of an illness. It feels like it was an event. Maybe it's because the things my mind told me were happening--that famous people were stalking me--seemed so very real.

My Schizoaffective Psychotic Break Feels Like It Was an Event

In a way, my schizoaffective psychotic episode was an event--it was an event in my mind. I really thought I was being followed by famous people, the Italian mafia, and the FBI. And even though I know all that wasn't real, I remember it as though it was real. In my memory of it, it's very real. It's lucid.

What I'm trying to say is that it felt real, and still sometimes feels real when I look back on it.

In a Way, Schizoaffective Disorder Is Something that Happened to Me

Granted, there were outside events that contributed to my first psychotic break--being far away from home for the first time at college and having an emotionally abusive roommate situation. But I really don't think these circumstances caused my schizoaffective disorder. After all, my uncle has the illness, so it's obviously in my genes.

In a way, none of this really matters. The fact is, I developed schizoaffective disorder, and one of the ways it affects my life today is that I have to take a lot of psychiatric medication every day. It also doesn't matter, though, because I have a good marriage and a good life. Schizoaffective disorder is an illness that happened to me and is still happening. All I can do is to live my life the best way I can.

Schizoaffective Disorder and Marriage: Tips to Stay Together
A Strategy for Dealing with Schizoaffective Anxiety
clayton redfern
August, 11 2018 at 9:42 pm