How This Schizoaffective Gets Herself to Shower 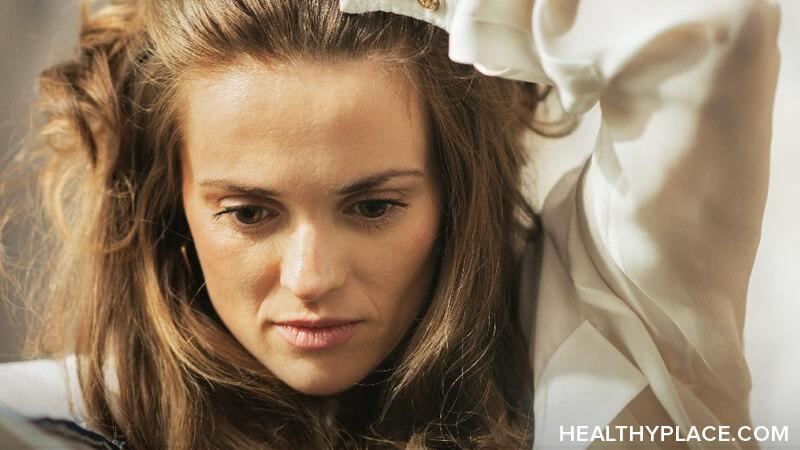 This story is a bit embarrassing to share. But people really feel the stories are helpful, so here you go. I want to admit that I can’t shower without my husband, Tom, in the bathroom with me.

Before we get into that bit of gossip, I’d like to begin with a personal history of me and showering. I’ve never liked showering, but I’ve done it because I don’t want people to think I’m gross. I mean, I already have schizoaffective disorder. Why give them more ammunition against me? I do like baths a lot. But I always find it hard to wash my hair in the bath.

This brings us to the past few years. I normally take a bath six days a week, shower, and wash my hair once a week. When I’ve showered, I’ve had my husband in the bathroom with me or nearby in the bedroom. He’s the cheerleader. I’ll say, “Now I’m washing my hair!” And he’ll say, “Yay, Biddit!” (Biddit is my nickname.)

Then the onset of osteoarthritis hit my knees earlier this year. It made it extremely hard to sit down in the bath, and then Tom had to help me get in and out of the bath or at least sit by and watch in case I started to slip and fall.

It also became painful to stand in the shower. So, we bought a shower stool. Now I never take baths, only showers. I miss baths terribly. That and going for walks are the two biggest joys my arthritis has taken from me. There are practical, non-schizoaffective reasons for Tom to be with me while I take a shower. It’s a little difficult to get in and out of the shower. It’s definitely not as hard as getting in and out of the bath, but it’s still a bit of a balancing act. I feel better having someone there. Also, if I drop something during the shower, like my bottle of grapefruit shower gel, I can’t get down on my knees to retrieve it. So it’s nice to have Tom there to pick it up.

But the other thing is that I’m uncomfortable in the shower. As I said, I don’t like showering. I feel claustrophobic in the shower while, in the bath, the curtains are pulled aside, and I feel out in the open instead of being closed in. Also, when mermaids were trendy, I would pretend to be a mermaid in the bath. Pretending my legs are a fin is easy because I don’t have a thigh gap. Anyway, I’ve always loved mermaids.

Right now, I feel I need Tom in the bathroom when I shower because the shower kind of scares me for both physical and schizoaffective reasons. Maybe it’s stigma and ableist to say there’s something wrong with that.

It does show what a wonderful guy Tom is to me. I definitely owe him. And love him. Maybe it’s not embarrassing after all.

APA Reference
Caudy, E. (2022, October 27). How This Schizoaffective Gets Herself to Shower, HealthyPlace. Retrieved on 2023, January 30 from https://www.healthyplace.com/blogs/creativeschizophrenia/2022/10/how-this-schizoaffective-gets-herself-to-shower

Internalized Stigma and How It Played Out in My Life
The Effects of Schizophrenia vs. Other Chronic Illnesses
Kellie Holly
November, 2 2022 at 4:31 pm

You're just saying out loud what so many of us struggle with because of the mental illness that limits us. Thank you for doing that. :)

Dear Kellie, thank you for your comment. You are most certainly welcome! One of my goals with this blog is to break the stigma, so I will keep telling the hard truths. Comments like yours make it worth it. Best, Elizabeth

Thank you for sharing Elizabeth! I love you so much.

Thank you for your comment, John! I love you too and I can't wait to see you on Thanksgiving! Love, Elizabeth