I've had a horrible, terrible, awful, no-good, very bad week. Suffice to say it's winter, I hate snow, I feel like I could drink a lake and still be dehydrated, and situations beyond my control at work and at home are driving me to childish behavior.

And Bob? Well, after Tuesday's camera debacle, he's done rather well. I received an email from his teacher yesterday, telling me what a fantastic day he'd had. Even though he wasn't at all thrilled with carrying his stuff to school in a $1 Joann's reusable shopping bag, he didn't protest too much when I advised him he would be using it for the remainder of the week, regardless. 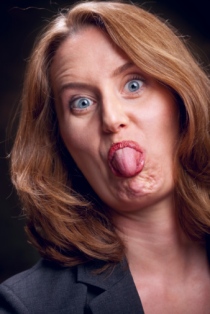 Even though it may seem like life with Bob is on the upswing, the fact remains--at home, he's a real jerk.

We ignore it as best we can. The more blatant rudeness and nasty comments we address, telling him it's not cool for him to talk that way to anyone, and certainly not his parents or his brother. I remind him people will always irritate him and he has to learn how to handle it within himself, rather than try to change the irritating people. I walk away rather than engage him in an argument.

But sometimes...sometimes, I give in to the greater temptation.

Tonight, I took him to the store to get Valentines for his class party tomorrow. I also wanted to get him a pair of pants for an upcoming event. On our way to the store, my favorite radio station was soliciting pledges and not playing music, and having a song in my head, I started to hum. Then sing.

Bob huffed in exasperation. "Would you please stop," he grumbled, not at all politely. I did, and seethed. 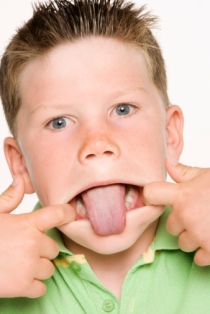 On our way home from the store, I was mentally spent. He'd spent our time there wandering off, being obnoxious, griping at me for one transgression or another, and I was fed. up. So when I started to hum again, it wasn't really surprising to hear him complain.

"Ugh, would you just stop it? Gosh, you're so annoying."

Usually, because I am an adult, and a parent, and therefore, try to be a role model, I would stop, say something quietly about being more respectful, and let it go. Tonight, I unleashed my inner child and let her have her way.

I started singing. Loudly. And when he protested, I took the goofiest, strangest, most ridiculous song I know, and belted it out like Rosemary Freakin' Clooney.

He was thoroughly annoyed. But he simply put his hands to his head, buried himself in his coat, and (I assume) wished he was elsewhere.