Where Does My Mentally Ill Child Belong?

It's been pretty quiet at my house this week. Bob left for a week at his father's last Friday morning, and was scheduled to return last night. But my husband has some friends visiting from out of town tonight--along with their two young children--so I asked Bob's father if Bob could stay with him until Saturday morning.

The guilty truth? I'm not ready for him to come home yet. And I'm not even sure he wants to. 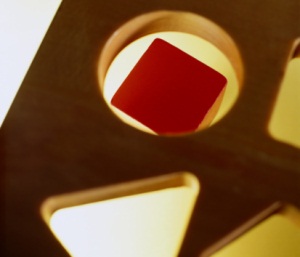 Don't get me wrong--our household hasn't been all starshine and flowers the past week. Like it or not, we have issues in our marriage that don't involve Bob at all. Still, there's a lightening in his absence; a lessening of the tension that pervades when he's here.

I've only spoken to him three times on the phone since he left. I try to remember he's an almost-10-year-old boy, not a 13-year-old girl, and the telephone isn't high on his priority list (especially when Mom or Dad is on the other end). But our "conversations" don't consist of much more than a few hurried answers to my small-talk questions before he throws out the "okay, well, I'll talk to you later" to signal the end. It's not just me--he does the same thing when I practically force him to call his father--but I can't help but think he sounds happier over there.

I can't help but wonder if that's where he belongs.

I can't adequately describe how it feels to see those words written out.

It feels like a cop-out just thinking about it. Throwing up my hands and saying "well, I tried, I give up, here, you two live happily ever after." But I'm worried. I can no more predict the future than I can play the tuba, but every time I watch an episode of Intervention, I feel like we're really just preparing for our own episode in about ten years.

"At age six, Bob was diagnosed with bipolar disorder and ADHD.

As Bob's behavior became more combative, his relationship with his stepfather deteriorated.

At age ten, Bob went to live with his biological father." 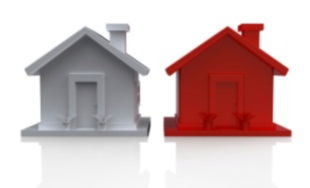 I have never believed spending more time with his father would have any positive impact on Bob. But what if I'm wrong? I don't have all the answers. Most of the time, I don't feel like I have any.
Tags: step family Bipolar Child children with mental illness parents of mentally ill children Parenting - TV Show Blog

APA Reference
McClanahan, A. (2011, August 5). Where Does My Mentally Ill Child Belong?, HealthyPlace. Retrieved on 2023, February 2 from https://www.healthyplace.com/blogs/parentingchildwithmentalillness/2011/08/where-does-my-mentally-ill-child-belong

For Parents of Mentally Ill Kids, Acceptance a Bitter Pill to Swallow
Psychiatric Illness May Drive a Wedge Between Family Members
Melody Altamura
August, 21 2011 at 5:52 pm

You are writing my most prominent fears here today. I am leaving my husband of 13 years and going to an apartment with my 3 kids in a different school district and with different expectations. I'll be picking up the school withdrawal forms tomorrow, signing the lease paperwork, and enrolling them on Tuesday. School starts on the 6th and I feel like I need "the strength of Job" as my grandmother used to say. My oldest two have special needs.
Blessings,
Melody~
http://www.lifestwistedstitches.com

I too, have made the same tough decision. Just over a year ago I reached my breaking point with my then-16 year-old daughter. She is diagnosed with Impulse Control Disorders, profound mental retardation and ADHD. She has an underdeveloped brain (micro-cephaly) and has mild cerebral palsy. She is the youngest of five children (3 have disabilities).
Of the most common ICD disorders for her (pyromania, trichotillomania, kleptomania, wandering, picking at her skin and raging) her bouts of intermittent explosive disorder (raging) are by far the worst to deal with. She literally destroyed the home we once owned, and her raging has cost the family plenty of money for repairs/replacements to apartment windows, walls, blinds, drapes and furniture.
We've done time with a behavior therapist (a joke) and we've tried using agency caregivers for respite (a bigger joke). When I had a mental breakdown in May 2010, my middle daughter took her sister to live with her. I am still involved in my young daughter's caregiving, including overnight stays. She will turn 18 in a few days and we'll have a party here for her. I just cannot keep her here all the time because my nerves are shot.
I am diagnosed with clinical depression and anxiety disorder. I also have "caregiver fatigue" ... a condition that goes beyond caregiver burnout to the point you just don't care what happens anymore. Indeed, the day I had my breakdown, I would gladly have gone to jail just to get out of my situation. It's a bad thing, I know, but that's the reality of caregiver fatigue.
I'm lucky in that my middle daughter is managing her sister for now, but even she gets to the end of her rope some days. I go into a panic because I know the day will come when my young daughter will have to be placed in a group home. It doesn't help that I've recently read in the news (within the past several months) at least 3 accounts of abuse uncovered in a group home and a nursing home.
I too, fear making any decisions because so much has gone "wrong" and I can't seem to think straight anymore. My husband, who was the father of all my children, died back in 1996 (a wrongful death at the local hospital), so I don't have support from a spouse. I've had to deal with child services who wrongly accused me of neglect even though the pediatrician explained the sores (picking at her skin) were part of the child's disability, as was her tendency to wander.
I've lived with windows nailed shut, alarms on all entry doors, my van keys under my pillow, no lighters, no glass, no plants or figurines that could be used as projectiles and much more. My older kids couldn't have anyone spend the night because their sister was a danger to herself and her family.
I've fought with Social Security to get her benefits because we are low-income. I had to leave work to home-school my daughter when the elementary school she attended (ESE dept.) couldn't handle her. At least the high school was able to manage her when she got older, so that was a break for me. Now that she has graduated (June 2011), she will continue school in a special work program until age 22.
I didn't mean for this to be so long and I apologize for that. You nailed it when you said, "I have no idea where we're all going to end up." It scares the crap out of me, too.