What Is Treatment for My Child with Mental Illness

Unfortunately, there is no silver bullet. There are as many choices of mental illness treatment as there are individuals with mental illness. Children are especially difficult to treat because their bodies, brains and hormones are changing so rapidly. 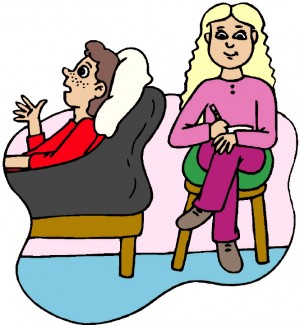 Bob was prescribed medication for depression in sixth grade. His dad and I were desperate to bring back the boy we knew and loved. Talk therapy alone was not working. Later, Bob was diagnosed with bipolar disorder and began a long period of psychiatric medication trials. It is my opinion that daily medication is a vital part of Bob's treatment. Like the diabetic child needs insulin, Bob needs psychiatric medication.

Medication alone does not keep Bob well. I've had many conversations with Bob's psychiatrist that ended with, "talk to his therapist about that." Indeed, the right medication allows Bob to do the hard work of therapy, from learning his triggers to managing stress.

Routine is a catchall I use to mean sleep, diet and exercise. Most parents know these are crucial to a child's well being. The impact on the the brain of a child with mental illness is exponential. Bob is just figuring this out, though I've observed it for years. For example, Bob becomes extremely irritable if he doesn't eat. Routine also means routine, literally, as Bob has a tough time with change, surprise and transition.

Substance avoidance is a no-brainer. This includes caffeine and cigarettes, which negate the effect of psychiatric medication, therapy and routine. I'll never forget watching Bob act like he was having a manic episode after drinking several Coke Zeros.

Support is my newly named addition to Bob's treatment plan. Out of necessity, I built a team to support Bob during his middle school years. This included mental health providers, teachers, mentors, family and friends. Now, as we look at colleges, Bob is mindful of the campus location relative to his essential support system.

These five components compose Bob's treatment. I can't say which is more important as they are all critical. I can say Bob is in a good place right now thanks to the fine balance he has chosen with his treatment.

Disclaimer: All information related to Bob's treatment is based on my experience parenting a child with mental illness and is not to be used in place of professional medical advice.

APA Reference
Halli, C. (2014, December 21). What Is Treatment for My Child with Mental Illness, HealthyPlace. Retrieved on 2022, August 13 from https://www.healthyplace.com/blogs/parentingchildwithmentalillness/2014/12/treatment-for-my-child-with-mental-illness

[...] Urine-Based HPV TestAre Fecal Transplants the Future of Medicine?Embrace the age of digital medicineWhat Is Treatment for My Child with Mental Illnessbody { background: [...]