Tips to Manage DMDD in the Classroom and Beyond 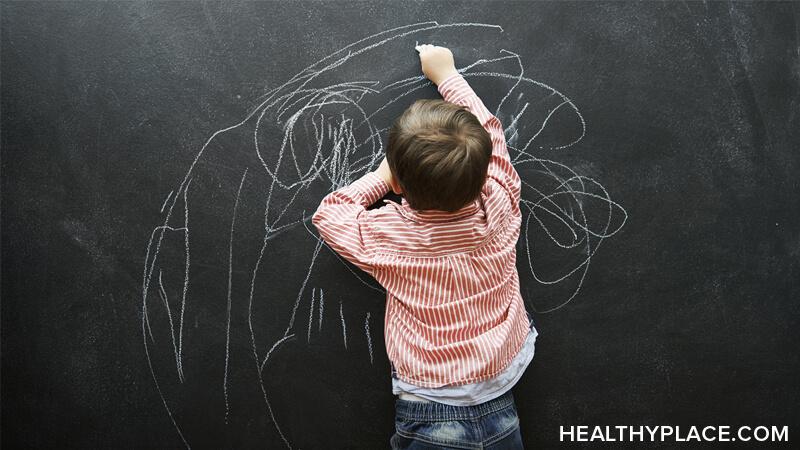 Managing disruptive mood dysregulation disorder (DMDD) in the classroom isn't as simple as knowing how to prevent DMDD behaviors. Yet parents of children with DMDD are often expected to have immediate solutions for teachers and caregivers in our children's lives. Symptoms of DMDD are tough for even parents to handle, and immediate solutions don't exist, but there are doable small steps that can help manage DMDD in the classroom.

Managing Caregiver Expectations for DMDD in the Classroom

My son recently got suspended (again) from his after-school program. I can’t quite describe the helplessness of having a provider hand me an incident report and ask, "How can we prevent this from happening again?"

The hardest part of DMDD is that we simply can't know what will trigger an outburst, and I think that's hard for other caregivers to understand. It's hard for me to understand sometimes. My son was probably bored when he had the most recent after-school incident. I can't prevent boredom. The only things that seem to have alleviated his symptoms so far are:

DMDD in the Classroom and Negative Self-Statements

Managing negative self-statements was a goal on my son’s early individualized education plans (IEPs). He was constantly declaring himself "stupid" or “bad,” resulting in disruptive or dangerous behaviors.

Teachers needed to be aware of the negative thoughts so they could help my son replace them. They'd redirect him and help him develop more positive statements. He'd get stickers on a chart as a reward for every hour without negative self-statements.

The repetitive reinforcement helped him make a habit of pausing the negative thoughts. At home, for instance, he used to go into huge outbursts during which he’d scream, “This is the worst day ever!”

We could’ve spent the whole day at Disney Land, and if we then asked him to brush his teeth before bed, it was suddenly the “worst day ever" followed by a major outburst.

It may seem small, but in a house with DMDD, it's amazing.

DMDD in the Classroom and Rewarding Positive Behaviors

Typical children may respond to punishment, but children with DMDD tend to have oppositional streaks. Punishment makes them dig in their heels. Rewards, however, they remember.

For instance, my son has a swearing problem. This isn’t unusual for kids with DMDD or oppositional defiant disorder (ODD) because they know that swearing pushes our parenting buttons. There are still repercussions for poor behavior in our house, but we do add statements like, "but thank you for not swearing when you were angry."

We may make the punishment smaller if he avoided certain behaviors. His after-school providers have done this, too and slowly, we've seen a change. In the midst of an outburst, there are moments when impulse-control kicks in enough to remind him to limit the swearing or remove it entirely. Any sign of impulse-control is worth celebrating when it comes to DMDD in the classroom and beyond.

The Classroom with DMDD and Celebrating Small Steps

We may often feel embarrassed, angry, or confused when our children with DMDD don't act like "typical" children. It makes sense that other caregivers may also be confused when trying to manage DMDD in the classroom. It's hard to explain to someone who isn't used to seeing intense outbursts why we might praise a child for certain behaviors that did or didn't happen during that outburst.

That's the biggest lesson we can give others, though. Be impressed by the small things. Don't demand the world from our children if they haven't even been outside the neighborhood yet. Think more short-term, and maybe we'll see more success than we realized.

Tags: DMDD in the classroom

APA Reference
David, M. (2018, January 15). Tips to Manage DMDD in the Classroom and Beyond, HealthyPlace. Retrieved on 2022, May 23 from https://www.healthyplace.com/blogs/parentingchildwithmentalillness/2018/01/disruptive-mood-dysregulation-disorder-tips-for-school-and-beyond

Melissa David is a mother based out of Minnesota. She has two young children, one of whom struggles with mental illness.The support and wisdom of other parents proved invaluable to her in raising both her children; and so she hopes to pay it forward to other parents via Life With Bob. You can find her on Facebook and Twitter.
How to Prepare Mentally Ill Children for Natural Disasters
Stop Emotion Contagion with Mentally Ill Kids
Carrie D.
November, 16 2019 at 1:32 pm

I am in a battle with the school.district.over giving him an IEP. My 15 yo has been diagnosed, however, turned to substance. He is living in a facility that is co-curring. They have a school.on their property, but the school district is.refusing to.pay for.it because he doesn't have an IEP. I need.to.know some key things that impact their learning with this. We had to hire a lawyer. It's a mess.

I would love more information on this as I have a son who has DMDD as well as a few other mentally health disorders. I would love to be able to speak with you and gain more insight as to how to help him at home and in the classroom. We are scheduled for an IEP meeting this week.

Can you share the modifications that came up in the IEP for your son with DMDD? What have you found that works best?

Thank you so much for taking the time to give this amazing advice. Our Son who is 7 just got diagnosed with Dmdd and we are educating ourselves on the most best approaches we can utlize in helping him at home, in school and out in the world. Thank You!

I would like to gain more information on this topic dealing with DMDD in the classroom setting.