What Made Residential Psychiatric Care Best for My Teenager? 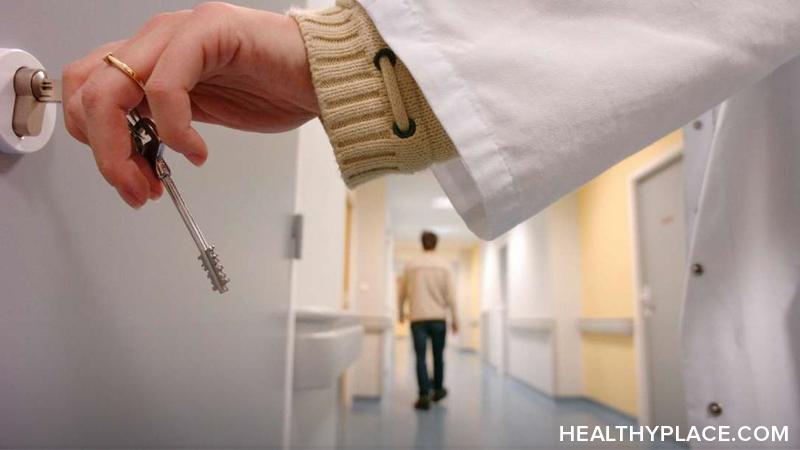 My daughter had been in psychiatric hospitalization a half-dozen times for her severe bipolar disorder. She’d been through—and was kicked out of—every intensive outpatient program in our area. But, she just wasn’t getting better. We couldn’t stabilize her with medication or even convince her to take it.

Soon, she began to use illicit drugs to self-medicate. They only made matters worse. She started to steal the car at night. She’d run away, get picked up by the police and run away again. Every time the phone rang, I'd fear it was because my daughter was dead.

So, we put her into a residential psychiatric care facility (Admitting a Child to Inpatient Psychiatric Treatment: A Parent's Perspective).

Back then, and to this day, people will ask me why I couldn’t just control my child. Why couldn't I parent my child at home? And, for those who don't deal with severely mentally ill children, it may seem like a reasonable question. But, it is not.

It is not because the implication of the question is that I simply don’t parent well enough to manage my child's behavior. The questioner assumes that my child is simply rebellious, or coddled, or spoiled, or whatever. They live in the world of normal teenage behavior and assume that’s where I live also.

The truth is: there are times I wish I could just chalk up my child’s problems to my bad parenting because then I wouldn’t have to face the fact that my daughter has a debilitating mental illness that will challenge her life for the rest of her life. Bad parenting would be so much easier.

For those of us considering residential psychiatric care, many factors play into our decision to institutionalize our children (Inpatient Mental Health Care Facilities: Who Needs One?). For my child, five considerations were:

While residential psychiatric care was not a cure-all for my child, it did provide her with a new start and a new lens with which to view the world. I do believe she is alive and thriving today because of the safety of that vital year. And, given the same choices I had at that time, I’d make the same decision today.+

APA Reference
Traugh, S. (2018, March 19). What Made Residential Psychiatric Care Best for My Teenager?, HealthyPlace. Retrieved on 2022, December 8 from https://www.healthyplace.com/blogs/parentingchildwithmentalillness/2018/03/why-i-put-my-teen-in-residential-psychiatric-care

Hi Diane,
I do hope that you were/are able to find the treatment and hope you want for your child. Personally, I have a problem with our children's "legal adult" status stopping us from getting them the help they need. As my mentally ill daughter said in a more lucid moment, "What part of 'crazy' do they not understand?" There are times when we really need to be able to step in and protect our children from themselves. I will send good thoughts that you find that opening to help your child.