What Causes Mental Illness in Children? 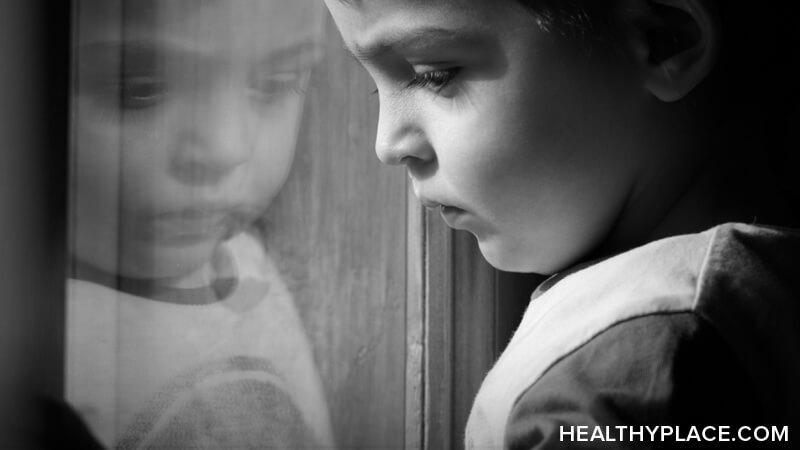 In the middle of some of the hectic days I've had with my child and his attention-deficit/hyperactivity disorder (ADHD), I've often wondered: what causes mental illness in children, and what does that mean for me as a mother?

According to Dr. Soad Michelson, an adolescent and adult psychiatrist, a child's biology plays a huge role in the development of childhood mental illness, although his or her life experiences make a big difference, too.1 Michelson says that often children will be predisposed to mental illness but will never show symptoms. For other children, their predisposition is brought out by external factors.

There is, undoubtedly, a genetic predisposition for my son since his dad still struggles with the symptoms of ADHD to this day, but identifying environmental factors can be more complicated. No, life hasn't been easy for our family, and things have happened I wish never occurred that may have caused my child's mental illness to surface. Yes, I've made mistakes that may have impacted my child's mental health. However, I can't be completely sure that if I'd made different choices, my kid wouldn't have a mental illness today.

What Environmental Factors Cause Mental Illness in Children?

However, the external causes of childhood mental illness are the factors that I, as a parent, can do something about, so while I shouldn't beat myself up over what I may or may not have done to cause my child's ADHD, this is a topic that needs attention.

Michelson says that both emotional and physical trauma can cause mental illness in children. Examples include:

Also, some physical illnesses like strep throat can bring on immunological responses that can change someone's brain chemistry. All of these experiences change people's biology and can cause symptoms of children's mental illness to emerge.

What Can I Do About the External Causes of My Child's Mental Illness?

As I said, there isn't much I can do about my son's genetics, but I'm not powerless over some of the environmental causes of my child's mental illness. As a parent, this is what I can do:

The point isn't to figure out every little thing I've ever done to cause my child's mental illness. That isn't productive. The point is to help him cope with whatever causes and aggravates his ADHD so the situation doesn't get any worse.

What causes your child's mental illness, and what have you done to mitigate the effect? Let's connect in the comments below.