Is It A Diet or An Eating Disorder?

I was reminded of this recently when a colleague posted an article to her Facebook page discussing “orthorexia nervosa,” a term that is gaining traction with regards to the growing obsession with healthy or “clean” eating. This particular article centered its thesis on the idea that isn’t really an eating disorder, but, rather, a way to pathologize people and prescribe them medications. I wanted to track down the author and have a strongly worded chat with him.

In my class about diagnosis and assessment in counseling, we had a saying: “It’s not a problem unless it’s a problem.” There are plenty of people in the world who can eat vegan or vegetarian or raw diets and have that enhance their life and health. Or people who can run or train for triathlons and enjoy the endorphins without overdoing it. Or people who can overeat occasionally and then just get back to their normal eating the next meal or next day. 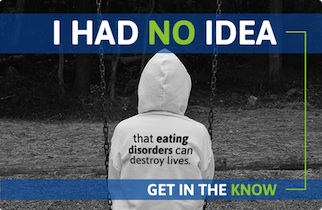 I frequently stayed out past midnight in my eating disorder because I refused to miss a workout, even though it meant I was constantly sleep deprived and felt ill. I avoided meals with family or friends because I couldn’t be seen eating or couldn’t eat things that I hadn’t prepared. Restaurants? Out of the question. My meager breakfast took almost 45 minutes to eat because everything had to be measured, mixed, assembled and eaten in a very specific order. Meals were the same every single day because I knew the exact nutrition information for those two or three things. Substitutions were not allowed. If I binged, there were very specific consequences that often meant I had to cancel my entire day.

Maybe your eating disorder has 20 rules. Maybe it has two. Regardless, if you find yourself rearranging your life, avoiding things, or having difficulty getting things done because of food and/or exercise, you may have a problem.

Is It An Eating Disorder or a Diet?

If you are concerned about your eating habits or those of a loved one, please take the time to be screened. The National Eating Disorder Association has a quick online screening tool that can assess your risk and connect you to resources immediately (such as their hotline and chatline).

That doesn’t make it any less serious or you any less worthy of recovery.

Hi Jessica,
I am happy to inform you that your blog has made Healthline’s list of the Best Eating Disorder Blogs of 2015! Healthline’s editors carefully selected each winner based on quality, frequency of updates and contribution to the community. You can see the full list here: www.healthline.com/health-slideshow/best-eating-disorders-blogs
We created a badge to help you publicize your achievement: www.healthline.com/health/eating-disorders/best-blogs-badge-2015 We encourage you to embed this badge on your site and share your status with your followers.
Thank you again for providing a great resource to the Eating Disorder community! I’m happy to answer any questions you may have.
Best,
Nicole
Nicole Lascurain • Assistant Marketing Manager
p: 415-281-3130 | e: nicole.lascurain@healthline.com
Healthline • The Power of Intelligent Health
660 Third Street, San Francisco, CA 94107
www.healthline.com | @Healthline | @HealthlineCorp
About Us: corp.healthline.com

I've lived with disordered eating since my adoptive mother first put me on a diet at age 16. I was maybe 25 pounds overweight at the time (what I probably needed was just a little exercise). Mom never had a weight problem in her life so she just couldn't understand why I was so heavy. I was bulimic for many years trying to live up to her standards. I never felt I was ever good enough. I was also molested by her husband which I felt played a big part in my eating disorder
As I got older and was on my own, every time I dieted I would restrict the type and amount of food and basically eat the same thing every day. If I couldn't stick to that diet (no normal person could for long) then I'd purge. I was so full of self hate and loathing, a legacy from earlier days of living at home.
I've since given up dieting, for the most part. I've recently been diagnosed bipolar and the medication has caused me to gain a ton of weight. I'm pretty disgusted with myself. Basically I know what I needs to be done (I've been to a nutritionist) but I just can't be bothered anymore because the medication makes it impossible to lose weight. So I also binge eat now as a form of self comfort. l basically feel dead inside and I feel like I'm just eating myself to an early grave. Amy semblance of self esteem has long gone

Renita,
I'm so sorry you've been struggling lately, but glad to see you are reaching out for support. I can really understand the frustration about the weight gain from medication - I have had the same problem and it is really distressing if you have a history of an eating disorder. I would recommend you work with your psychiatrist (or prescribing doctor) to find a solution (as well as a dietitian). Sometimes a change in dosage can alleviate some of the side effects without decreasing the therapeutic effect. And sometimes, the side effects are so miserable that you have to find a new (if not altogether as effective) medication. It sounds like this might be the case with your current medication regiment - you seem pretty miserable. Meds should help, not add to the stressors and negative feelings of bipolar disorder.
Hang in there!
Jess