One Important Thing You Don’t Know About Eating Disorders 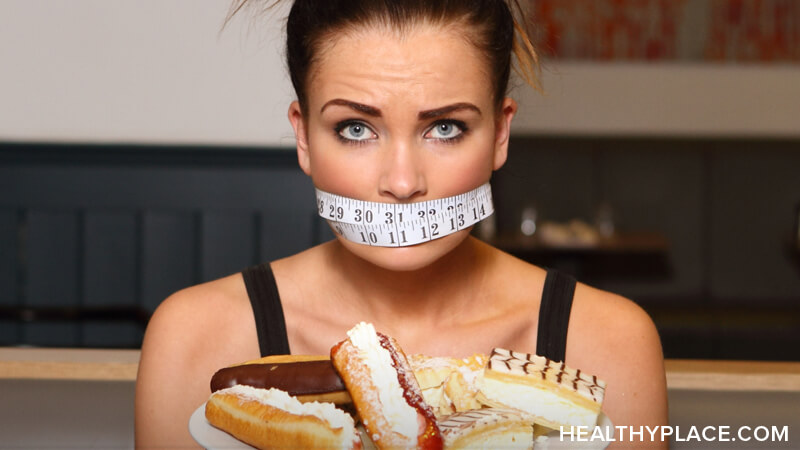 Yes, eating disorders are classified as a mental illness. Many people will struggle with them for life, but you don’t have to. For many others, they will recover. I am one of the firm believers in a full recovery, one where you don’t have to constantly watch your back.

With all the diet and food trends now, it can be difficult to spot an eating disorder. Often parents will find out that their child has one when the child has already let the disorder take a hold of him or her. It can be heartbreaking for families and loved ones because there is so much confusion. Why won’t he or she just eat? Can’t he or she see that he or she are hurting their bodies? Doesn't he or she know how much stress this causes everyone else?

People love us and so they obviously don’t want us to damage our bodies and live in a tortured mind, but they don’t know what to do. Once the eating disorder has a hold, it can be a struggle to let it go.

Important to Know: How You Look Doesn't Give Away an Eating Disorder

There are many things that people don’t know about eating disorders but the one that stands out to me is this:

You don’t have to look sickly or skeletal to have an eating disorder.

In my eating disordered past, I was anorexic and bulimic. I was an athlete so I always ate three meals a day but because I was exercising at an unhealthy level I was very thin. Since my body type tends to naturally be smaller, I looked unhealthy and everyone around me noticed and would comment and try to make me eat.

Then I switched over to bulimia and I gained weight. My body began to look normal to other people, even though I was completely unhealthy at that point. People stopped being worried about me, but, ironically, I was even sicker than before. I was depressed and thought about not existing quite often.

For the rest of my time with my eating disorder, which was nearly a decade, I looked fairly normal in body weight so my binging and purging was easier to keep hidden. But I was still very sick and often threw up multiple times a day.

Just because someone isn’t a skeletal version of the idea that you have of an eating disorder (the photos of severe anorexia), it doesn’t mean that he or she are healthy and eating disorder-free. There are people of all shapes and sizes from tiny to large that have the same problems with food and body image.

If I have learned anything it’s that anyone can have an eating disorder, no matter what shape or size.

Here’s what you can do for yourself, or to help a friend or loved one:

Does anyone else feel that sometimes the photos accompanying the articles are a bit ridiculous? In this one, once again the model is very beautiful and thin. Why not show a normal person who doesn't look like a hollywood actress?