The Risk of Eating Disorders in College Students 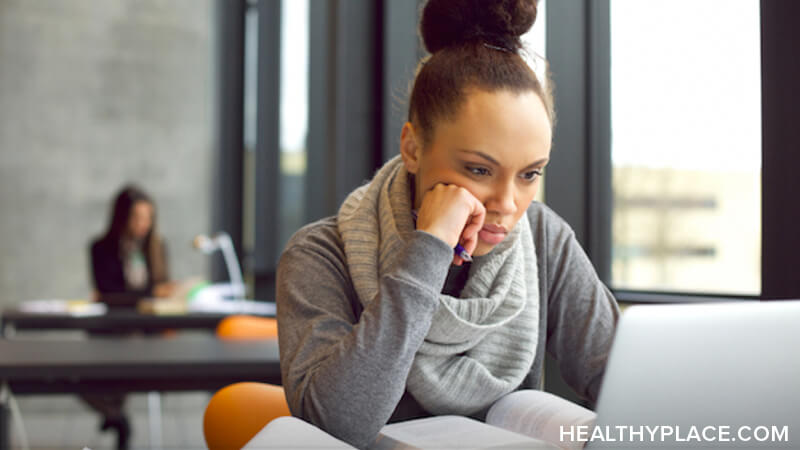 Culturally, eating disorders are often associated with young teenagers who don't know exactly how to cope with their developing bodies or fluctuating dynamics in their families and peer groups. But as teens become older and transition from high school to the broader world of a university campus, they can be even more susceptible to disordered eating behaviors. The risk of eating disorders in college students has continued to escalate these past several years, and there are multiple reasons behind the persistence of this issue.

How Eating Disorders and College Students Are Linked

Based on experience, I will confirm that my own eating disorder intensified from a behavior I flirted with to a full-blown addiction I could no longer hide within my first month as a college freshman. I moved about nine hours from my home state of Florida to attend a school in Georgia. I chose to overload my schedule with 18 credit hours. I joined a sorority and forced myself to blend into an image that was not authentic to me. And since my parents weren't around to monitor the food I ate, this newfound independence was just the excuse I had waited for to start avoiding meals.

From that crucial point, it was a quick and severe decline that wrecked my health then landed me in a treatment facility before the semester had even reached its midterm. My first year on campus should have orbited around the team spirit of football games, pizza and Netflix marathons with the roommates, and library all-nighters fueled by coffee and delirious jokes. Instead, I spent this time in a fight to reclaim the pieces of my life snatched by an eating disorder that would not allow me to be an enthusiastic, well-adjusted college student.

While these events describe my personal story, the downward spiral that resulted is not unique to me. In fact, research published in The Journal of American College Health determined that within a random survey of more than 5,000 students, 80 percent reported a need for help with mental or emotional health as it related to their body image or food intake, but only 19 percent of these students had been diagnosed with an eating disorder, and just 37 percent had access to therapy. Most of the survey participants who admitted to behaviors like meal restriction, dominant thoughts of food, compulsive exercise, rapid weight loss, and comorbid panic attacks, substance abuse, or suicidal ideation did not realize they were at risk for an eating disorder because "stress is normal in college," as this research found.1

Why Eating Disorders Are Prevalent in College Students

According to Mike Gurr, a licensed counselor and executive director of The Meadows Ranch treatment center in Arizona, 40 percent of incoming freshmen already have unstable relationships with food before they enter college, and this predisposition tends to worsen as they're exposed to the rigors of university life.2 For instance, Gurr points out, college is an immense transition period for older teens right on the cusp of adulthood. In many cases, it's their first time leaving family members, childhood friends, and the comforts of home behind, and while this can offer excitement and a sense of freedom, it can also provoke loneliness, anxiety, or depression too.

If students are not prepared to deal with the onset of these uncomfortable emotions, they might look for other areas of fixation to numb their feelings—such as food restriction, exercise, and weight control. In addition, Gurr continues, the level of competition, achievement, and performance standards can be extreme on a university campus. From social and academic pressures to expectations among student athletes, to scholarship maintenance and work-study programs, to internship and future career plans, the environment is rife for students to compare themselves to one another and assume they've missed the benchmark of success. Gurr notes:

“That’s when shame comes into play. And shame is the hallmark of any eating disorder."

So how can universities be proactive to address and minimize the risk of eating disorders in college students? The National Eating Disorder Association (NEDA) has launched an intervention resource called The Body Project that aims to educate people in schools, communities, and workplaces on how to dismantle ingratiated, harmful "appearance ideals" which might exist within the institution, and change the emphasis to one of body acceptance, satisfaction, and health.3 The Body Project curriculum was designed by Stanford University, the Oregon Research Institute, and the University of Texas at Austin, and the training itself can empower university clinicians to make eating disorder prevention efforts more accessible on their campuses.