Honesty Is My Best Weapon During Eating Disorder Recovery 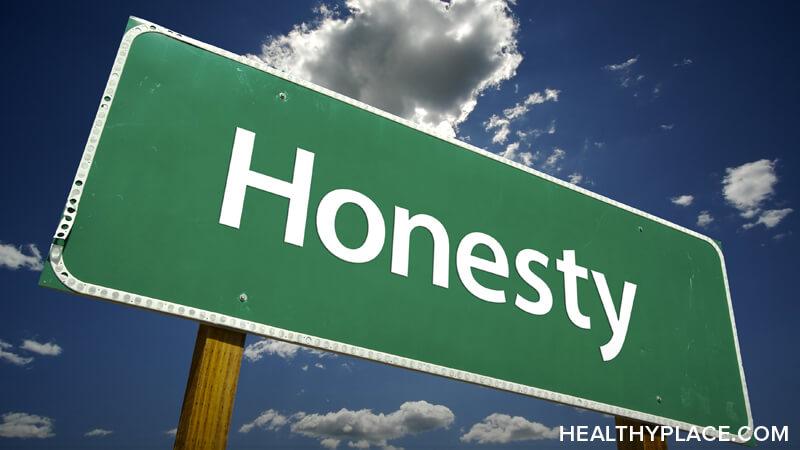 Several years ago, when I had just begun the work to heal from anorexia, my therapist often closed out our frequent sessions with the reminder: "Your secrets will keep you sick." It's been a long time since I have seen this particular therapist, but I still carry her mantra with me. Eating disorders thrive on secrecy, shame, and silence—but honesty is the best weapon I have to combat eating disorder temptations when they creep back to the surface.

Honesty Is a Powerful Weapon in Eating Disorder Recovery

I don't always want to choose the honest path in eating disorder recovery. It would be so much easier—and even satisfying—to sneak around with a compulsive workout here or a restricted meal there. "I have this under control. No one else needs to know. It will only cause them fear and concern," I sometimes rationalize in my own head.

But in these secret tunnels of deceit, an eating disorder relapse can ultimately take root, and I will be powerless to fight the illness that consumed me once and can easily do it again. I have crossed that line before—it's exhilarating in the moment, but it leads to misery and isolation in the long run. However, if I am truthful with myself and those who love me, I am stronger than the eating disorder voice who entices me with familiar patterns of behavior.

Deception leaves me powerless, but honesty does the opposite. When I expose my secrets to the light, they lose their hold on me. I no longer want to dwell on negative beliefs or take impulsive actions that I know will cause me harm. I feel empowered to confront my eating disorder temptations head-on. I envision myself on a battlefield shouting, "I choose truth that will set me free over secrets that will keep me sick."

It's difficult to be honest when the shame of anorexia taught me to cower in silence, but honesty is the best weapon I have to combat my eating disorder. I still reach for this tool in my arsenal whenever I need help or accountability to stand firm against the voice in my head luring me back to unhealthy behaviors. Honesty has never let me down—in fact, it came to my defense as recently as this week. I will elaborate in the video below.

What's the most effective weapon you reach for when eating disorder behaviors threaten to creep back into your life? Does it help to share those temptations honestly with someone you can trust to be compassionate with the information while holding you accountable at the same time? How does the power of honesty factor into your own experiences in eating disorder recovery? Please share in the comment section below.

Eating Disorders and Twin Dynamics: Is There a Connection?
Will I Ever Learn to Love All the Parts of My Own Body?