You Are More Than Your Mental Illness Symptoms 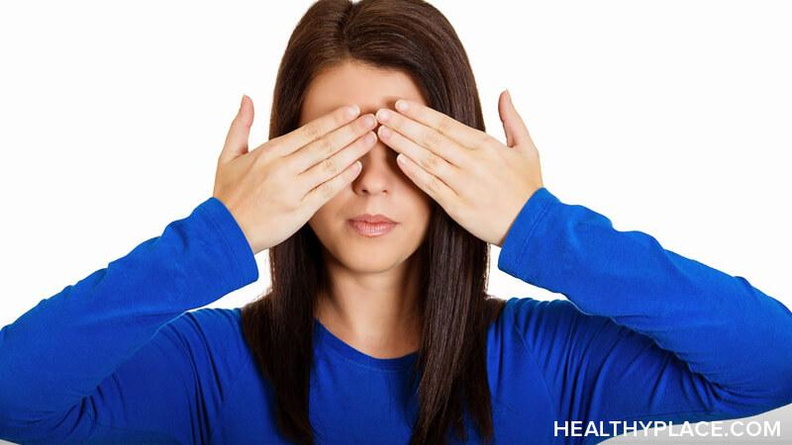 If you were once depressed and suffered symptoms of depression such as inability to concentrate, difficulty getting out of bed, irritability, low self-esteem and lessened joy in day-to-day activities, even when those symptoms disappear, you may continue to state that you still suffer from depression.

When you are bogged down with the flu, you will be besieged by a number of symptoms. Sore throat, digestive difficulties, headache, nausea and nasal congestion. But once you treat the flu, and the symptoms disappear, you wouldn’t consider yourself as still suffering from the flu.

Define Yourself by More Than Your Mental Illness

Of course, symptoms of depression can pop up again after a period of remission. But so can symptoms of the flu. If you don’t continually define yourself as suffering from the flu, even when you feel well, then why would you continue to define yourself as suffering from depression (or schizophrenia, or bipolar disorder, or generalized anxiety disorder) even when you are symptom free? 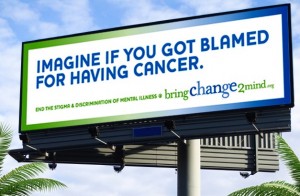 This disconnect between physical and mental illness is a large part of the reason that mental health is still stigmatized so heavily.

Think about it. Illness, of any type, is a combination of symptoms. When those symptoms are no longer present, people don’t view themselves as still suffering from the illness. But with mental illness, even when there are no symptoms present, we still feel the need to identify as the illness.

If I chose to continue to define myself by the psychiatric symptoms that I have experienced in my lifetime, I would have to refer to myself as bipolar, paranoid, depressed, anxious, manic and psychotic. But it seems silly to do so, as I haven’t experienced any of those symptoms for years.

A lot of the stigma surrounding mental illness comes from within, and how we decide to forever define ourselves by our diagnosis, even when the symptoms no longer fit. In order to combat stigma, we must show to society that there can be an end-point for symptoms of mental illness; a time where life does in fact return to normal.

Unfortunately, in some severe cases, that may be an unrealistic goal. But for many, a life without symptoms can be a truly attainable and realistic goal. But it isn’t a goal that will ever be reached if one does not believe they can ever fully recover from mental illness.

Much of the stigma surrounding mental illness stems from the mistaken belief that people do not recover. That once someone is depressed (or anxious, or paranoid) that they can never again hold down a job, start a family, own a home. But that is the furthest thing from the truth.

Every single day, former clients come into my office to tell me about their new jobs, girlfriends or small businesses. Where one day, they would have been suffering from symptoms of schizophrenia, today, they are no different than anyone else.

Mental illness is all about symptoms. If you aren’t currently experiencing any, then stop stigmatizing yourself, and hopefully, the world will follow suit.

Tags: more than your mental illness

APA Reference
Curry, C. (2012, October 22). You Are More Than Your Mental Illness Symptoms, HealthyPlace. Retrieved on 2023, February 6 from https://www.healthyplace.com/blogs/survivingmentalhealthstigma/2012/10/you-are-more-than-your-symptoms

Excellent point Emily, thank you for chiming in. I'm definitely not suggesting to say that you aren't bipolar. I'm just saying that if it is currently managed, whether through medication or therapy or a combination of the two, it should only be a small component of your overall self.

One confusion may be if someone is relatively symptom free, but taking medication. Do I say I am bipolar if I am not manic or depressed, but have had many episodes and am currently on medication? I do say that I have hypertension, even though my blood pressure is well controlled on medication.