I Wanted to Make My Abuser Suffer 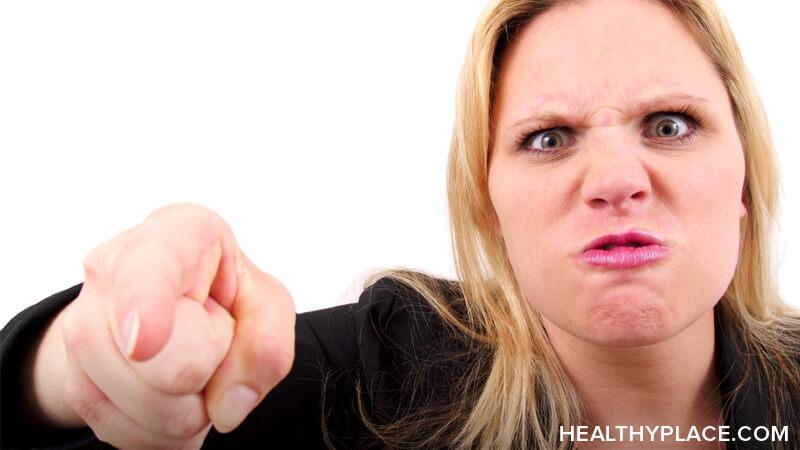 In the course of my recovery, there came a time when I wanted my abusers to suffer. Most people who have been, or are being abused, don't seek help. Statistics on abuse show that as many as 60 percent of perpetrators are never prosecuted. In my case, my abusers were never called to account for their actions. When I began to talk about my abuse and work through all that had occurred, I came to a point where I was angry and resentful. My nightmares of abuse shifted to ugly visions of ways in which I could cause as much suffering to them as possible without killing them. I had to work to reconcile these intense emotions where I wanted to make my abusers suffer to continue healing.

I Considered Ways to Make My Abuser Suffer

I hated my abusers, but I wasn't enjoying the thought of seeing them in physical pain. It burned bitterly to know that their lives continued without shame, humiliation, feelings of worthlessness, panic attacks, or dissociation. I wanted them to own my burden. I wanted their families to turn away from them; I wanted them alone and scared.

I sought them out and discovered that one of them was still alive and living in the same house where he abused me. He had a family, including a teenage son. My anger became focused on this living perpetrator and I thought of making this abuser suffer.

I worked with my therapist. I thought about sending my abuser's son a letter, telling him what his father had done. Surely that would hurt this offender. In my unhealed state, it was all about finally lashing out at my aggressor, successfully retaliating against the abuse.

Making My Abuser Suffer Could Not Cure Me

All of the hate that I generated towards making my abuser suffer was never going to lead me to recovery. My counselor had ideas for me to consider. While I did not appreciate them immediately, I needed to hear them. Here is what she presented to me:

My Abuser Has No Power Over Me

I want to be clear that getting to the point where I didn't narrow my eyes in anger every moment I considered my remaining abuser took some time. I still refer to him as "the disgusting scumbag," and I admit it is a bit satisfying to do so. I don't know if he is still alive; it doesn't matter.

If you are struggling with hatred towards your abuser and thoughts of making your abuser suffer, I hope you find someone to talk to and a way to rob this person of any power over your emotions. As always, I welcome your comments and look forward to them.

How to Appreciate Success, Even When It's Scary
Does Having PTSD Make You Violent?
Purple
June, 3 2022 at 9:47 pm

Don’t you think your abuser family deserves to know though? Yes it might harm their relationship but I would definitely prefer to know if my family member or friend ever abused someone, i’d want to cut ties with them ASAP. Abusers don’t care about what their victims think of them and neither do they like to be told that they’re abusive, so they wouldn't care to think about themselves still being on their victims mind. How do I know? ‘Cause I told him he would abuse me and he simply made fun of me. My abuser is my brother (21) & i’m only a 14 yr old girl, so I can’t really do anything about him physically or verbally abusing me. We both still live with our parents which is why i’ve resorted to messing up his life in any way I can. If anyone struggling with abuse is reading this, I want you to know that feeling this way is okay as long as you don’t actually hurt your abuser physically or mentally.

Hi
It’s taken me 20 years or maybe more in figuring out that my abuser never changed
He only stopped for periods of time which could be weeks, months and sometimes few years
But whenever faced with a. Situation where he had to consider MY needs as opposed to his all the time
There he was with his abusive side in full motion
I gave his unpredictable sudden angry outbursts various explanations - stress of job loss or bereavement or whatever
Calling it an angry outburst is an understatement - suddenly driving at 100miles per hour with kids in the backseat , suddenly calling me names and blaming me for stuff which he clearly knew was false
Suddenly hiding away my car keys or my phone or locking me home - saying he forgot !
It would perplex me as the tone of voice and lack of concern would not go hand in hand with an innocent forgetfulness
Silent treatments became a complete norm in our home and these would happen suddenly without a warning sign
I’ve been frightened to death with this repetitive psychological trauma where I believed it was all my fault and I was the trigger
I just finished reading a book called “Why does he do that” by Lundy bancroft and I could swear it felt like the first time ever someone really understood my life
You’re right - taking revenge isn’t part of healing - I’ve tried it and believe me these abusers prey on our emotions- why give them the satisfaction and power to think their existence still bothers us !
I stumbled upon your page as I now want to heal from the abuse
I feel the best way I could punish this man is by taking away the power he has over my thinking.
Like you said “take away his significance”
I have a long way to go - right now For the first time in 20 years I’m learning how to look after my OWN needs

I am forever grateful and oh, so thankful to have happened upon your post! I am angry with "THE" system better yet, lack there of...