Mental Illness, Sardine Apocalypse. and No, I Can't Magically Behave the Way You'd Prefer Me To

I've had serious anxiety issues since I was about 12, give or take. Growing up, I guess I internalized the way people look at you, when they think you're crazy; The questions they ask, and the far more terrible ones they don't.

Why can't I deal with this mental health thing without causing so much trouble, anyway?!

Sometimes I feel like I just don't get it; Like I can't, or won't, or something somewhere inside is keeping me from understanding enough about myself, mental health, how to heal things.

Anxiety: All in all, another brick in the wall?

Why do people get stuck? What are mental health issues, really? It isn't laziness. It most certainly is emotion. The kind you're not sure it's a good plan to let out: 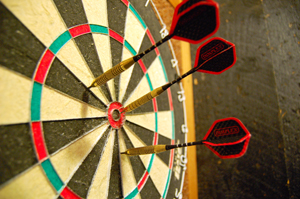 That just isn't the same as sitting on the sidelines. It's depression and trauma and pain that hold me back. The wind in my hair isn't freedom, it's fear.

Wouldn't you do the same? Wouldn't you hesitate? When everything you know rings a loud and long alarm bell. Sounds like dread.

Risking even a small piece of one's heart, mind, soul - it's a scary thing. When you stop worrying about that, there's far deeper cause for concern. Fact is, I'm often more okay with the familiar than I think I would be living with significantly less anxiety; Surviving is something I know how to do.

The life of one's dreams is an entirely different kettle of fish when matched against reality -and potential sardine apocalypse. (I don't know how many of you read that story, in amongst the horror and chaos of earthquakes, tsunamis and Charlie Sheen? I related to it.)

Even when I'm doing my best to stay afloat it's like I'm being swept out with the tide. Doing okay, just. But who knows where I'm going, where this all leads? Healing, mental health recovery, it's a hoped for thing.

My greatest fear is I'll end up starving for oxygen because there's too much around me, in me, and the container just isn't that big. I starve for air, every day. Because I'm underwater.

They say most folks live lives of quiet desperation but at least they're not drowning.

Anxiety makes me feel like one of those sardines --pushed and pulled and gasping for breath on some random, deserted beach because I followed my gut; The same instincts that tell me to cave in to the less than great coping mechanisms I sometimes use to lessen anxiety, make sure I see tomorrow.

So yes, as someone with mental health difficulties, my version of normal is different to yours. Does that seriously surprise you?

Judging by the reactions I get from a lot of "apparently normal people", it seems knowing my pain is caused by something "in my head" is a deeply distressing fact. Shocking, even.

Which seems odd since y'know, the anxiety disorder thing; It's not like I fail to mention it, not as though it isn't fairly obvious since one of the symptoms is my hands shake. Constantly.

Did you not think that would change how it's possible for me to be, or have you still somehow managed to rationalize all of the above as something I could just get over if only I made better choices - led the life you'd prefer that I lead?

I don't know what to say. Your words made so much sense.As for me I let my anxiety stop me from doing fun things i feel i want to do in my life. I have so many things i want to do but i'm so scared to do them. I do try to find some kind of motivatioin to do some things. I can do some of the little things but the big things i want or need to do scare me.My anxiety annoys my family and interferes with nice moments. I'm on meds and they do help. Not knowing if i should stay or go when family is rude and insults me.
I feel like i'm being swept out to sea and i'm trying to stay afloat as my feelings are being thrown all over the place. I've come along ways but i still have serious moments where i'm tired of tredding water. Thanks for your insight it made my day.I know these are just phases and they will pass but they keep reoccuring and that's what makes it hard to accomplish things and move on.

Please consider joining a new linky over at http://wordsinsync.blogspot.com/ called Monday Madness - It's in support of bloggers who are involved in mental health/illness. I'd like it to grow steadily, to allow for a solid support community for those of us who could use it/who can help, to tackle stigma and enable awareness. Do pop by. Be great to have you with us. Shah .X

Kate, I so identify with what you wrote. I've lived with very bad
anxiety disorder for over 30 years and it has effected my life so
deeply. I'm so sorry that you have this problem but please know
that in sharing your feelings you really helped me today. I very
rarely read or hear something that feels, not sure if validating is
the right term, but kind of that. I have struggled so much to live
as normal a life as I can, but it is always so obvious that it isn't
something that I can reach. I don't know if that will ever change.
Perhaps it will. I hope so. Thank you very much for writing about
this. It was a real gift to me today. Warmly, S