Anxiety: The 'Life is a Chessboard' Trap

Anxiety fills a room, even if it's empty. Uncanny but it manages, almost every time. The claws in my head grow wings, sprout tentacles, take over: my room, the house, the neighbourhood, and soon entire nations... What?! Oh, wait.

Gradually, then all at once. That's how this stuff works because of course at first I am only dimly aware of it. It's not really an issue. The panic isn't big enough I'm tripping over it. Yet.

Beyond black and white thinking

It is at approximately this stage that I begin to argue with myself: Do I try not to look and perhaps live to fight another day, or do I attempt to claw my way back to 'normality' and soon?!

Anxiety only makes it seem like the world is neat. Can you imagine? But that is how I tend to think. My mind divides and categorizes everything and everyone in these highly unfair, massively unevenly balanced ways. Pretty much things can be fine, or freaking terrifying.

Is this reality-based? Way no. Just, way no. It's that place inside that screams "you're either with me, or against me. pick!". As if that's a fair choice to ask the world, or the people in your life, to make. As if anything ever has, or ever will be that simple.

If only! But still my mind persists, just as fear, stress, and panic remain. Much as I like to think I've put a lot of my past behind me, or that I won't do this to myself in the future, treating anxiety is about knowing that I do do this. And dealing with that.

The terror is surely real enough but I have to laugh at myself when I realise I'm doing all this. Again.

Throwing out an example: I'll find myself having to do something social and this induces anxiety because it may involve talking to somebody and I probably can't plan that out exactly. First response? Panic. Of course, and which in itself feels utterly terrifying. That doesn't help. But sometimes I manage to get that I have more choices than all of this lets on. Or I would do, if I remembered about the way I've split things up, in my head.

Anxiety: changing perspectives, or holding on to them? 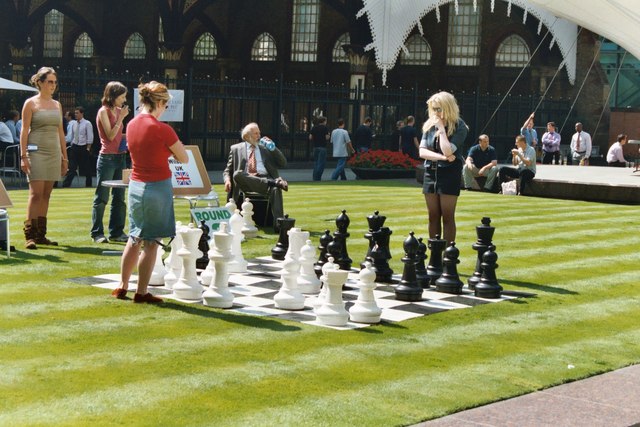 Usually, if I can respond instead of just react, things aren't nearly as bad as anxiety predicts. Sometimes they are that bad, in that sometimes I have all the social grace of a fatally wounded hedgehog but this still doesn't make the level of anxiety I experience any more reality-based.

Again, I just plain have more choices than that -both in terms of how I treat my anxiety, and in how I view failure and/or success.

So maybe I listen to my fears, and maybe I don't.

It's a defensive strategy: that kind of anxiety. Something I probably learned as a kid, and it worked, way back when. As an adult, however, I do not like thinking this way. It would be better if I didn't but the way forward isn't to pretend that I don't.

I set it up so life is a chessboard. There's black and white, and I'm on one side or the other. I move the pieces within the limitations of the game but there isn't any middle ground. I either win, or I'm lost -somewhere between check and mate.

Not exactly useful, is it?

Mental Health Isn't a Trophy. Wellness Is Not a Prize
Treating Anxiety And Self-Worth
Derek Tennent
August, 17 2011 at 1:20 am