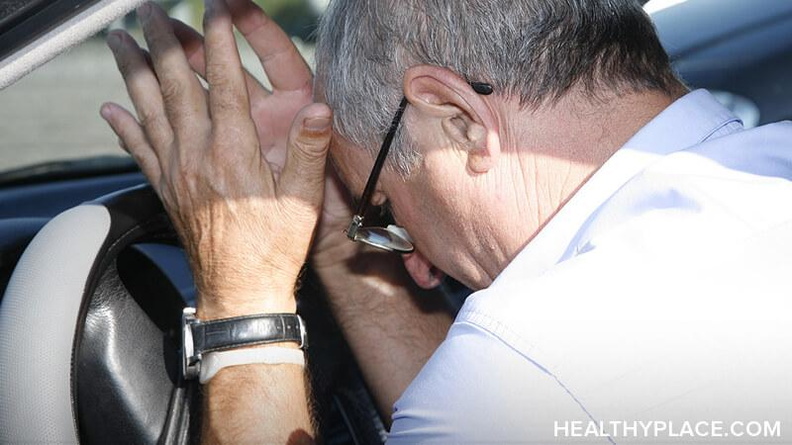 It's not exactly news that living with anxiety can warp our perceptions of other people, especially their intentions toward us. Social anxiety can make the world, and the people in it, seem mean-spirited, harsh, or even cruel. For me, I judge others in a very negative light when I'm in the grip of a particularly severe episode of anxiety. I expect the worst from people, and am still often surprised when I don't actually get it. That's because most people are significantly nicer than my anxious brain's perception would have me believe. The good news is, I'm getting better at remembering this while it's happening and social anxiety doesn't warp my perceptions as often or as severely as it once did.

Living with social anxiety disorder as your main course often seems to come with an unwanted side order of low-level paranoia. This makes sense when you consider that social anxiety basically boils down to the fear of being inadequate in the eyes of others. When we stew in that fear long enough, it's easy to misinterpret others' intentions as somehow being hostile.

How Social Anxiety Warps Your Perception 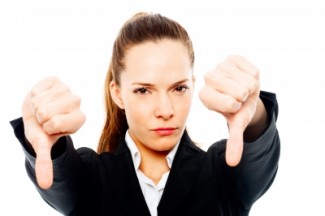 Many people are altruistic by nature.

Humanistic psychology is based on the assumption that humans are, by nature, basically good, and some compelling evidence bears this out. Researchers at Yale University studied the reactions of pre-verbal infants to both altruistic, helping behaviors and to selfish, hindering ones.

Babies were shown a scene of a figure struggling to climb a hill where another figure pushed (helped) the climber from behind. They then watched the same figure climbing a hill while a different figure tried to push (hinder) the climbing figure back down from above. Afterwards, the infants were given the choice of reaching for either the helping or the hindering character. They were much more likely to reach out towards the helper, suggesting that even pre-verbal infants already have some sort of predetermined altruism.

Most people aren't judging us, they're thinking about themselves.

Social anxiety makes it easy to think the whole world is watching and judging our every move. This is simply not true. The fact is, most people are not only not judging us, they're not even aware of our existence. Human beings are largely consumed by their own feelings, plans, and thoughts. For the most part, people are far too busy managing their own problems to care much about ours.

Only a small minority of people may actually be out to get us.

Yes, unfortunately, there are some awful people out there, people who will lie, cheat, manipulate, and steal from others. Many of them suffer from a type of personality disorder that severely limits their ability to feel love, empathy, or compassion, and they're capable of doing enormous damage to those around them. Fortunately, they're in the minority. For example, people with narcissistic personality disorder, which is marked by extreme self-preoccupation and a callous disregard for others, comprise only about six percent of the total population. In other words, only a small handful of people are real, potential abusers. Those are pretty good odds.

Even though social anxiety makes it appear that other peoples' intentions toward us are judgmental or manipulative, the fact is, it's simply not true. That's anxiety talking, and anxiety is a notorious liar. Most people view us in a positive, or at worst, neutral light while they're struggling to make sense of their own lives. That may not be very comforting, but keeping that fact in mind helps me out a lot. I hope it can help you as well.

When the Walls of Anxiety Are Closing In, How Do You Cope?
Self-Medicating for Anxiety: An Addict's Perspective
Vikas wahee
July, 26 2016 at 6:30 am

I really need a professional advice for ahold balance in life. It at times takes it over you and you tend to vent out when it is not needed which results in spooling relationships with family and friends as well as your professional environment. I need an advice to have proper work life balance where one consentrates on both aspects of life equally and manages the relationships and adverse situations accordingly.
Eagerly looking forward to hear.

I used to be afraid wherever there were crowd for I used to think they were looking and judging me. So I gave my brain evidence that no one was looking because no one gave a damn. I put my finger into my nostril in public and looked around me, to realize that no one was paying attention to what I was doing. I did it a couple of time and it worked. I don't feel the anxiety of crowd anymore.

Psychodynamically narcissism has been described as a defense agsinst depression. Something they see in the other is something they will never and maybe ever able to acknowledge is part of their own emotional pain. They know the other's emotional Achilles heal. Yet they will blame and destroy the confidence of another to render them unproductive so they are no longer an emotional threat. Turning the situation around by understanding your own emotional Achilles heal, is the gift you give yourself after such a painful experience.

Yes Vanda,
I know exactly what you mean

So I agree. This world scares the hell out of me and the people in it. Yes I have had many run ins with narcissistic people. More like lived with their crap for too long and ended up traumatized by their need to destroy me. Of course I realize there was something in me that set these people on me but they succeeded in instilling a kind of fear that is so deep in pain it is hard to feel safe anywhere. It is hard to face the fact that you perceive things so totally out of perspective that there isn't a basis for it. How do you recover. I have been trying so hard to live my life but it is a jungle out there and kindness is few and far between.