Avoid Future-Tripping When You Have Anxiety 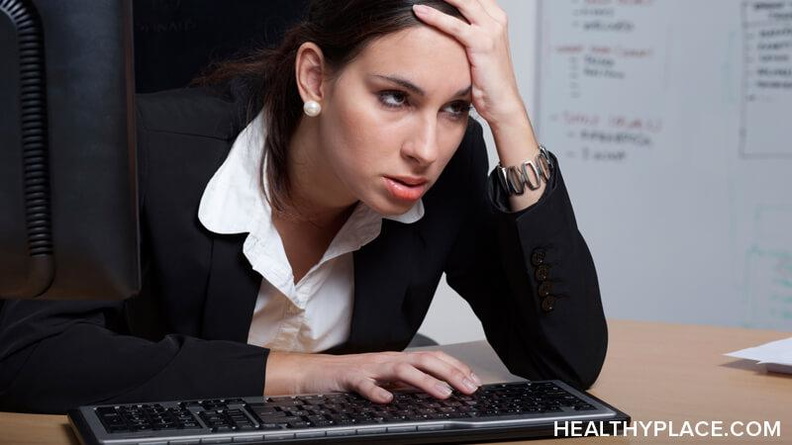 One important skill to acquire when you you have anxiety is learning how to avoid future-tripping. Future-tripping, also called anticipatory anxiety, is part of the human condition of peering into the imagined future and anticipating the outcome. Everyone does this to some degree or other. It's one of the blessings (or perhaps curses) of having a human brain with a frontal cortex. A person without an anxiety disorder may see a pleasant outcome, while an anxious person will likely imagine the worst outcome possible. The truth is, we don't know what's going to happen. That's why future-tripping when you have anxiety is a good thing to avoid.

I just went through a situation where I could have indulged in some serious future-tripping. My car broke down in the middle of a busy intersection during lunch hour a few days ago. It just died and would not restart. I had to call a tow truck while blocking the whole left turn lane for about half an hour. What fun.

I had it towed to the nearest garage. I left it there and went to work. They called shortly after and told me that when they tried to work on it, smoke started pouring out of the steering column (yikes).

Then they told me they wanted no part of fixing my car. I'd have to get it towed to a different garage, although I could leave it overnight. That meant I had a whole night to ponder what was going to happen with my car, where I was going to get it fixed, if I could afford to get it fixed, and even if it could be fixed. The possibilities for future-tripping were endless. Are you getting tense yet?

I got the car towed to a different garage the next day. They said it would take them 24 hours and about $100 to even look at it. The called a day later and said it would cost $500 to even get it running (ouch). It also needed an additional $600 of work to be fully road-worthy.

Despite these major opportunities for future-tripping, I managed to avoid my usual disaster-oriented thinking. I proceeded to handle things with relative calm. I didn't fall apart, and I also didn't run away.

How I Avoided Future-Tripping with Anxiety 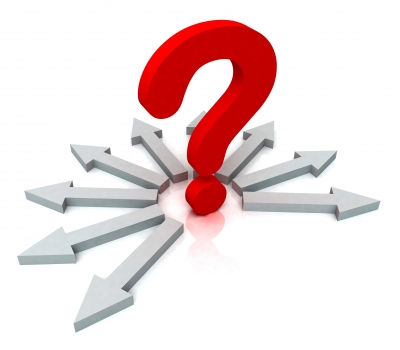 How did I avoid making myself sick with future-tripping anxiety over the incident with my car? It was a combination of skills I've built over the years. They all came into play at the same time, letting me handle things both rationally and intuitively.

First of all, I stayed in the moment. Focus is one of the most important skills I have for avoiding future-tripping, so I stayed focused on what was right in front of me. I broke big, scary tasks -- like finding a mechanic -- into smaller chunks, and dealt with them one at a time. This is great for getting things done when you're anxious. It turns out it's also great for staying calm in a crisis.

Second, I didn't make any rash, snap decisions. I avoided acting on impulse when struggling with mental illness. I was lucky in that I had lots of time to think before each major decision. It would likely be more difficult if I'd had to decide things quickly, but I didn't. I carefully considered my options before taking any action.

The third thing I did was that I talked my options over with another person. I know that my head does funny things when left to its own devices. I needed an outside opinion, so I talked things over with someone I trust. That's why having some sort of support network is so important.

Lastly, I maintained good self-care throughout the whole episode. That means I continued to eat well, sleep as well as possible, exercise, and keep up a spiritual practice. I found over the years that when I don't take care of myself, I can't take care of anything else, either. Good self-care is vital to mental health recovery.

Future-tripping is a natural part of being human. Anxiety makes the symptoms of worry and stress much worse though, so you should avoid future-tripping when you have anxiety as much as possible. I hope the example I've given here in my own life can help you avoid it as well.

How I Release the Pain of Generalized Anxiety Disorder
Getting Through a Day Paralyzed by Anxiety and Depression
Greg Weber
August, 21 2015 at 2:43 pm

Thanks AnnMarie,
Yes, I absolutely agree that us worrier-types have to learn how to live more in the present and less in the future. It's not easy, but we can all get better at it.
Here's a very creative take on decreasing your worries from the Anxiety-Schmanxiety blog:
http://www.healthyplace.com/blogs/anxiety-schmanxiety/2015/06/downsize-your-worry-list-pr…
There are so many creative ways to live a good life despite anxiety. I'd love to hear more readers' views on this topic. Please comment!

I have shared this link on facebook as this is an important issue concerning myself and others for as long as I can remember. I was treated by numerous Dr.'s as a child for horrible hands and feet. The more I worried, the worse the "condition" got. Dry, cracked, bloody, blistering skin on my fingers and feet made me feel like I had Lepercy and classmates treated me much the same as if I did... All the Dr.s said was "don't cross those bridges before u get to them" I think a worrier needs help with retraining our thoughts to not look so far ahead about the "What IF's" Thank-you !

I really appreciate what you have wrote I've been dealing with this disorder for many years and the last month and half my medical insurance is messing up with all the doctors I see so all med'school have been cut off cold turkey, and this is a hard thing to live with I missed work and have been up and down and cry a lot and not wanting to be in public places in fact my room has become my safe place and I really dislike this it's not what I wanted to be in life, I have a child and thank God for him I'm starting to notice that he's being the same way he is a loner and has been from day one, but his pre school has started a bunch of uncalled for shit. I don't feel like I have to tell them what I go through. I think your brave and I copied your writing so I can read it when I'm down. Wish I would have found this site sooner. Thanks again and I appreciate you. Jodie

Thanks so much Jodie. I'm glad this helped you. I can relate to may of the things you mentioned, especially the isolation / not wanting to leave your room part.
Greg