Amy, a 17 year old young woman, ran away from her parents' home months ago. From one perspective, the situation could be explained as a defiant teen who doesn't want to obey her parents' rules. From Amy's perspective, the explanation differs. She understands that she broke a rule (or three!) and expected to be disciplined for that.

Amy did not expect to find her disobedience tied to be tied to her parents' marital woes. She didn't expect for a private conversation with her mother to be shared with her father. She did not expect to be blamed for her mother's choice to confide feelings about Amy's father's repeated adultery (Amy suggested Mom leave him). Also, like many other victims of abuse, she did not expect the insults and aggressive anger as her parents worked through their emotions toward her via verbal and mental abuse.

More specifically, her father worked through his emotions as her mother looked on. Mom told Amy (as she's told her before when she's drawn Amy in too far to the parental relationship), "I'm your mother, not your friend," as a way to protect herself from Dad's abusive behaviors. Mom's statement is a cop-out, a cowardly non-defense used as a way to deflect Dad's anger onto Amy when Mom has acted as a friend and not a mother.

The statement directly opposes Mom's actions. My therapist told me to "watch [your abuser's] behavior because his words are unreliable," and she was right. When it comes to abusers, (in Amy's case, both the primary and secondary abuser), pay attention to what they DO, but ignore what they SAY.

The lack of integrity between words and actions, at the very least, reveals whether or not you can trust a person. Abusers cannot be trusted with your thoughts or emotions. Abusers are notorious for projecting conflicting messages and then pretending there is no conflict between word and deed. This is crazy-making at its worst.

When Amy's trust in Mom shattered (again) and opened the door to Dad's verbal and mental abuse, the proverbial straw fell harshly onto Amy's back. She went to school the next morning carrying as many clothes as would fit in her bag and told her parents she wouldn't come home that afternoon. Her dad drove her to school with the bag.

Let's go back in time a few years to when Amy was developing into a young woman, no longer a malleable child-mind obediently following her parent's directives.

Imagine discussing the new thoughts and feelings rushing through your hormone-filled, impulsive mind with parents who either rat you out (when convenient) or use undermining, diminishing, hateful words to bring you back into the fold. Words like, "I don't care what happened because you won't keep your legs closed!" and "If it weren't for me [Dad], you'd be some slut on the street!"

Top it off with undeserved hyper-critical words about you and your friends (who, at that time, were not engaging in sex or drug related behaviors), and you would probably feel unguided and alone in the world at a time when you most needed loving guidance. Where does a young person turn for support when the home offers none?

Unfortunately, without a trusted supporter, many young people turn to cutting or sex (both emotion altering) and/or drugs (mind altering) to escape the pain.

Our children believe in us parents. When we let them down, they often choose to "escape" their problems instead of solving them. Realistically, we cannot expect teens who are given no support (education or guidance) on how to solve their problems to magically find a way to do so using only their inexperienced, still-developing minds. 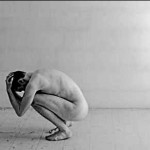 Escape (through ultimately hurtful behaviors) may seem to be the only way to push away the pain, if only for awhile and despite the consequences. Escape makes sense. Escape works.

Many abuse victims turn into escape artists; this isn't a problem confined to teens because abusers isolate their victims from other people as quickly and effectively as possible. The abuser shuts off the victim from relationships that could lead to a solution to the abuse, and victims are left alone to find alternate means of escape.

Building the Ability to Trust in Abused Teens

Fast forward to the present. Amy lives with me and Marc (my son and her boyfriend) under DSS quasi-approval. I was told that Amy "thrives" under my care, and I really wanted to believe that was true. I thought that I could make a difference in Amy's life. I want to help build a sense of trust in a person to whom the word "trust" defines "pain".

I didn't take into account that Amy brings with her symptoms of abuse that have no easy remedy. She's been using drugs of various types for at least two years. This weekend, the evidence of her cutting herself became undeniable. Painfully, the few months she's lived with me have done nothing to absolve her of her tendency to escape instead of solve.

I am at a loss. Yesterday, I laid down the law and told Amy and Marc that the next time I see evidence of drug abuse, I will take Amy home. I do not feel I can help my son when I've allowed his willing accomplice to live with him.

If any of you have suggestions as to a better solution, please leave a comment.

Read my first blog about Amy