7 Signs You Are Verbally Abusive 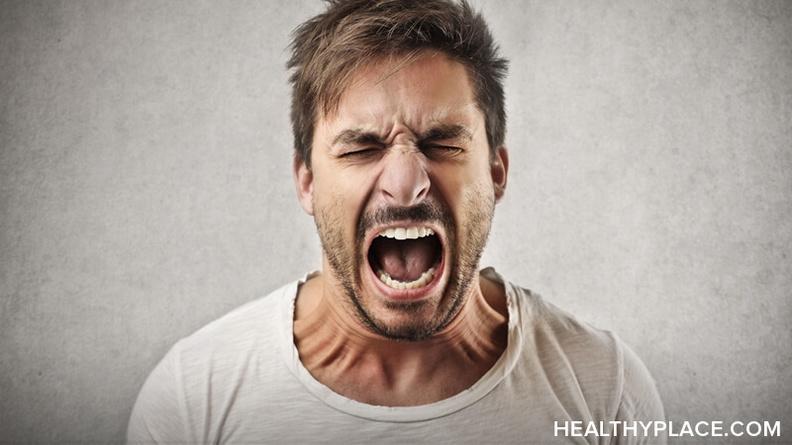 Have you noticed signs you are verbally abusive? Verbal abuse articles often focus on victims of verbal abuse because they are typically the ones reaching out for help. Not as often do we explore the other side of the coin, the abusive readers, or the readers considering they may be abusive. If you have ever considered that maybe your behavior isn’t normal or have noticed you react in volatile ways when you are agitated or lose your temper, continue reading to find out about seven signs you may be verbally abusive.

Have You Noticed These Signs You're Being Verbally Abusive?

Did any of these seven ways of being abusive feel uncomfortably familiar to you? If so, you may be starting to realize you are verbally abusive.

A Letter to My Verbally Abusive Readers

Dear Abusers, I strongly recommend, for your own good, that you get to the root of your issues. You are likely a broken individual yourself and that’s not something to feel bad about. Realizing you have some issues that could be paid attention to is the most important step in resolving them. You are not hopeless if you reach out and get some help.

Get therapy or domestic abuse counseling. Try to find a way to forgive the people who have hurt you in life because your insecurities and resentment are causing you to act out. If you continue your abusive ways, using verbal abuse to communicate, you will likely not enjoy healthy relationships that reap the rewards that make life so sweet. This does not have to be your story. Best of luck to you.

See Also: Domestic Abuse Victims Think They Are The Abuser

Tags: signs you are verbally abusive

Hi Talitha, I am Cheryl, the current author of the Verbal Abuse in Relationships blog here at HealthyPlace. I want to thank you for reaching out about your situation. I am sorry that you are facing abuse in your life right now. Please visit our Resources page https://www.healthyplace.com/other-info/resources/mental-health-hotline-numbers-and-refer… for ways to get in touch for support and help today.

I WAS PSYCHOLOGICALLY & PHYSICALLY ABUSED BY MY EX HUSBAND SINCE I WAS 16 /17 YEARS OLD. I AM NOW 71 YEARS OLD AND IT HAS NEVER LEFT ME. I HAVE 3 CHILDREN MY EX HUSBAND MENTALLY & PHYSICALLY ABUSED ONE OF MY SONS. MY SON IS AN ADULT AND A WONDERFUL HUSBAND AND FATHER TO HIS 3 SONS. DURING HIS LIFE I AND HIM HAVE GONE THROUGH GREAT LENGTHS TO PROTECT MY YOUNGEST SON FROM HIS FATHER. MY YOUNGEST SON IS A GROWN MAN NOW AND HAS INTERPRETED MY PROTECTIVE WAYS AS BEING A VERBALLY ABUSIVE PERSON HIS WHOLE LIFE.

I've been reading a number of your articles and though I see a glimmer of hope in giving something a name-- I still feel helpless in a lot of ways. What I used to point out as being among Gottman's "Four Horsemen" that jeopardize marriage (criticism and contempt), I am starting to see them as far worse than I had thought. I'm not perfect, but I don't deserve to be treated the way I am. I've been struggling with the typical questions... Is something else bothering him and he's just irritable? Am I unintentionally doing something to legitimize such an angry response? How can I be mad at the way he treats me when I can be equally verbally vicious when defending myself? How much can I write off to cultural differences (I'm American and he's European) or his childhood experiences (he was sent away to boarding school at an early age and had a difficult relationship with his parents)? I'm not weak and I have no lack of self-confidence nor any lack of self-esteem. On the other hand, I take my marriage vows seriously (from a personal integrity perspective, NOT a religious one).
We go to Gottman-style marriage counseling and I also see a psychologist separately. He recently went through alcohol detox (successfully) and has just recently stopped smoking (with the aid of Chantix). I know that both of those changes can cause irrational irritability and other uncertainties on his part-- but what's the line between: (1) supporting my husband in his efforts to improve his life and being tolerant while he struggles, and (2) inappopriately accepting rude or mean behavior?

Emily, thanks for this video. It's been hard to face, but I have realized after lots of denial that when my own mental illness was untreated or inadequately treated, I was abusive in my previous romantic relationship. I consistently did several of the actions you listed above.
I'm curious about a few things: regarding gaslighting, I believe I unintentionally did that, but is there a such thing as unintentional gaslighting? For instance, I would express happiness about the relationship, but during a depressive episode, I had no memory of things *ever* having been good (not just in the relationship, but in every area of life). I would argue that I didn't say that I was happy, or that I didn't mean it... but I truly believed that at the time, and it was only later when I came back to reality that I realized I'd actually said something positive and that no, everything had *not* always been terrible. I can see how confusing that would be for someone on the other end (and it was confusing for me as well). Is this gaslighting?
I also wonder about how to reconcile these feelings with myself. I know that mental illness is not an excuse to be abusive, but I see how most of the abusive behaviors I employed were symptoms or related to symptoms. I'd been uncontrollably screaming since childhood, for instance, and only stopped when my medications took effect. I haven't done it since, and I haven't done it once in my new relationship (over a year now). Do you think I need to contact my ex in order to move into forgiveness of myself? Therapy has been helpful in looking at aspects of the situation, but I'd like to know your opinion as someone who generally writes to those being abused.
Thanks again for the great post!

Morgan, I loved this comment! Thank you for being so candid with me. I do actually believe gaslighting can be unintentional, in fact in my gaslighting article (I have an article specifically covering this topic) I mention at the end that not everyone that gaslights is an evil mastermind but just struggling with poor communication and conflict resolution skills - both of which can be worked on and improved.
Regarding thinking everything has always been terrible when you're upset, girl, that is so normal. I do that every time my period comes, so don't even worry about that. You snapped out of it and realized you were being irrational and that's what is important. Also, if you realize you were being unreasonable and what you said wasn't accurate - address it! Just say, you know, I shouldn't have said those things, I was upset and unable to see the good in most anything. I'll try to be conscious of that in the future. (and then try accordingly)
Contacting your ex? I'm not sure on that one. Sometimes having a face to face with someone can be necessary when making amends/ seeking forgiveness, but sometimes it is not. I have actually written a letter to someone that had passed away, attempting to resolve some feelings that were constantly coming up for me, and I swear after I wrote that letter and read it aloud a few times, it was extremely healing. Sounds cheesy, but it was probably one of the most successful resolution experiences I have had. You can write a letter to your ex and never send it, and you can write a letter to yourself. I do think that healing and letting go of resentments and finding forgiveness for those who have harmed you as well as forgiving yourself is imperative for someone struggling with abusive tendencies to change their ways.
Best of luck to you and thank you so much for reaching out.
-Emily
P.S. Here's my Gaslighting article if you'd like to learn more about the topic- Gaslighting, Emotional Abuse and Manipulation

Thank you so much!