Returning to the Place Where Trauma Occurred 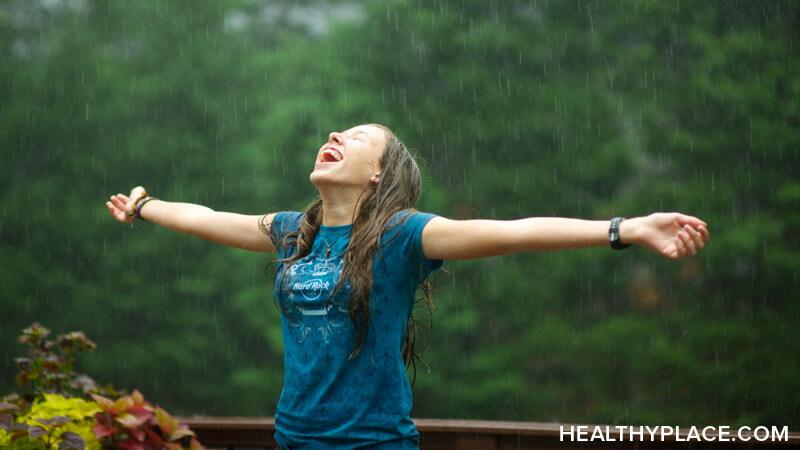 For almost a year, I have been going to therapy to work through the trauma associated with the debilitating episodes of acute panic and anxiety I suffered late in the summer of 2021. In recent weeks, I have been practicing my anxiety-mitigation strategies and testing my resilience to anxiety triggers in preparation for a return to the location where the apex of the episodes occurred. With extreme gratitude, I'm happy to say that revisiting the place was a tremendous success.

My battle with acute panic and heightened anxiety climaxed while my husband and I were at a cottage we rent annually. The panic and anxiety began a couple of weeks before going to the cottage. We decided to go anyway despite my mental illness, believing that the serenity of the cottage—a tiny piece of heaven on earth that I had always considered my happy place—would benefit me. And it did, for a few days, until it didn't. Seemingly without rhyme or reason, I went into a state of panic so intense that it landed me in the hospital. We left the following day.

Trauma is different for everybody. I always assumed that trauma was associated with something specific and tangible: war, an accident, personal injury, abuse, a sudden death, etc. I had no idea that extreme panic can, in and of itself, be traumatic. It certainly was, in my case. Being that the cottage was the place where the worst of the trauma occurred, it was the cottage that became a place of intense fear. To return meant that I would have to face the dreaded demons of anxiety that resided there.

During the many months of post-cottage therapy, my anxiety dwindled and was well managed. After being treated with an antipsychotic to help calm the panic attacks, they, too, were quieted. I worked hard, attending therapy once a week for 11 months, with the explicit goal of returning to the cottage in late August 2022. While treatment sometimes caused my anxiety to rise, I used my mitigation tools to assuage it and build resilience. Still, two days before leaving for the cottage, understandably, my anxiety spiked to an uncomfortable level. Thankfully, my therapist fit me in, and we were able to calm the demons together.

Therapy Pays Off When Returning to the Place of Trauma

I thought I would feel nervous in the hours leading up to our departure and during the almost three-hour drive to the cottage. I didn't. We pulled into the driveway, and I exited the car precisely when a loon called out across the lake as if to welcome us back. It felt good. I felt good.

My husband and I went about our tasks; him getting the food stowed, me prepping our bedroom, and putting our toiletries away. This being our home away from home, it was all very routine. Soon after, sweaty from our chores, we donned our swimsuits, grabbed our towels, and headed to the dock. With little coaxing, we both jumped in, delighting in the clean, cool water. While my husband did a few laps back and forth to the dock across the bay, I floated and contemplated how I felt at that moment.

I felt symbolically cleansed, the muck of the prior year's events washed away.

I'm not naive. I know now as I did then that a mere rinse in the lake wasn't proof enough of the success of my journey. Still, it was a moment of peace in a place wherein I had only experienced torment. That night would be the true indicator; would I be able to turn out my light and drift off to sleep? More importantly, given my psyche's predilection for waking me up in the grips of a panic attack, would I be able to stay asleep?

As it turns out, the answers are yes and yes.

I can honestly say that my happy place is, once again, my happy place. I experienced no panic or anxiety. My husband and I had a marvelous two-week vacation, and the trauma I suffered and associated with the cottage is over.

When I returned from the cottage, I was ecstatic. I had done it. I had faced my worst fears and come out the other side better for it. And yet, a couple of days after being home, I felt that familiar unease that comes with anxiety. Honestly, my immediate reaction was—what the heck? Here I was, riding the high of my success, and anxiety goes and pokes me in the eye as if to say, "I'm still here, you know? Don't forget that."

It made me angry, but at the same time, I remembered that having suffered anxiety since I was a child, it will always be with me. For now, I'm eternally grateful that the worst of the trauma is behind me, and in putting it there, I now have better tools and greater resilience for what lies ahead.

Where Thoughts of Suicide and Intrusive Thoughts Converge
Making Mistakes Gives Me Anxiety, But I'm Improving
Heide
September, 21 2022 at 10:34 am

I am so happy that your experience was positive and your steps to get there, rewarded.