I'm Not Just My Bipolar Disorder

I had a terrible dream the other night. My therapist says that dreams are unfinished business. I think it's safe to say that I have a lot of unfinished business that I need to attend to. My bipolar disorder is still hovering there beneath the surface. The high of the bipolar drugs has finished and it's back to normal bipolar me. But, it's better than it was. I just have to remind myself that I'm not my bipolar disorder. 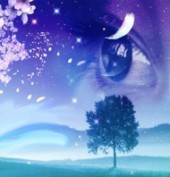 I think that it's got to be more than just the bipolar drugs.

They've leveled out somewhat and so have I for the most part. I got sick this past week and threw up my dose of pills. Then, the next day, I was still sick and I forgot to take them until much later than usual.

My bipolar mood came back in full force. I was anxious, moody, and angry at the world. It just goes to show you the power of medication for bipolar disorder. It was mortifying. I was supposed to be on the road to bipolar recovery and I had a flat tire along the way.

After half a day of surliness I remembered my meditation.

I promptly went and sat in my dark place and began to let the tension ease. It was such a relief. This bump in the road was only temporary. I was still on the road; I just had to ease up on the gas for a day. (video: What's Meditation Got to Do with Bipolar?)

The point is that I didn't let my bipolar disorder get to me. Sure, I fumbled, but I got back on track. It's moments like these that remind me that I am not my bipolar disorder. It's only one part of me. I am in control. Let me repeat: I am in control. Moments like those don't have to be rerun day-after-day. I learned to make a plan to keep myself intact.

My plan includes meditation and self-affirmation.

I need to remember that there will always be bad days lurking around the corners. It's my job to keep my bipolar disorder symptoms in check. When it all gets to be too much, go sit in a quiet place for 10-15 minutes and get yourself centered. Figure out where you've gone wrong and how to right it. Or just center yourself and just be in the moment. It's okay to feel out of sorts sometimes. It doesn't mean that you'll wake up tomorrow and it will be just the same. Remember that tomorrow is a new day. Don't be your bipolar disorder. Be yourself.

I’m Not Just My Bipolar Disorder
Trading Creativity for Bipolar Medication
Cristina Fender
May, 3 2010 at 1:39 am

Wendy,
We should always remember that bipolar doesn't define us. We are beautiful inside and out despite the ugliness of the disease.
As far as dreams go, I'm not sure what to make of the dreams we have while we're medicated. I believe the message would be the same regardless.
Cristina

I agree it is a ideal to try not to identify oneself primarily as the illness/s - I have Bipolar Disorder, Panic and Anxiety Disorders and as of late dx with mild OCD and I am also a sober alcoholic - 11 years in AA. But it's really hard if you have been ill for your whole life (only dx at about 35 - 43 now), have lost almost everything you have worked for and all the people in your life due to the illlness and in my case a serious and nearly successful "attempt" 2 years ago which REALLY defines one as the illness - in my own mind as well as others'.
On top of that, like someone else mentioned, the loss of a loved career, now relgated to the Disability Support Pension, and my life primarily consists of going from one mental health consult to another, going to the GP and other specialists for many serious physical ailments that have resulted from my mental illnesses and medication, and going to AA (which is one area in which I am very strong). This is my life and no matter how hard I try to "re-engage" with society and do meaningful activities it is one step forward two steps back - devastatingly lonely due to all the people who have bailed on me and the necessity for me to separate from those wiht both addiction and mental illness they won't address. So, yes, I DO feel I AM the illnesses as they define my life in most ways.
To be honest, to me, right now, the distinctions we make between identifying as the illness and saying I have the illness are arbitrary and semantics, although I respect all of your positions that this is a useful distinction to make.

Thanks for the reminder that we are NOT our disorder. I needed that today. It seems to fill such a huge section of our lives that it is easy to remember we do have other parts of our lives!
That description of dreams being unfinished business is a new angle for me. I will be sure to think about that the next time I have an interesting dream. Does that go for 'drug dreams' too? Some medications make dreams quite different.

Burhil,
I think that a constant consciousness is a smart thing if you don't take it too far. Sometimes it can send you over the edge if you're constantly worried about an episode that has yet to begin.
Cristina

It is true that we should not be our condition, but on the other hand if we
don't keep a constant consciousness about it we will not recognize the
triggers or onset of an episode and consequently not be able to head it off.
Catch 22.

Christine & Dave,
I have Bipolar II disorder and I'm older. I was diagnosed when I was 23. I don't have "episodes" as such anymore. I rapid cycle quite a bit and I have what is called mixed moods; elements of mania and depression at the same time. My disorder has gotten to the point lately that it seems it is in continual upheaval. Maybe it is an episode but it's one where the moods are mixed and I've had so many of them in the past year that it seems that they are blending together as one long period of mood swings.
Do either of you experience those? If you do, how do you handle them?
Donna

I too, have heard people say "I'm bipolar" or whatever there psychiatric diagnosis is! That is so not true! Yes, one has a psychiatric condition that has to be acknowledged and treated--however, ones personality (or at least I think so) is made up of far more than just one thing.
I have bipolar disorder (along with other conditions) and yes, at one time I "allowed" it to make my life more complicated. It took many episodes and a life change to make me realize that I can control many symptoms of the mental health challenge.
I know for me, depression rules and sometimes I wish I could go back and have some of the mania's energy spurts! But I don't really want to go back and experience all those turbulent rides I've experienced.
Those are the experiences that has caused me a lot of problems and ultimately was the determining factor for me to have to resign my job and go on disability. Yikes! They were pretty awful! But I've learned so much more about myself....and learned in the process some pretty darn good skills to help prevent or at least lessen the episodes!
At one time, my moods would change rapidly and daily. It was even difficult for me to be around me much less anyone else. Lots of friends (or at the time that's what I thought they were) have gone by the wayside due to the extreme highs and lows I did experience.
I still experience my cycles (the highs aren't as HIGH as they used to be...the depression can still give me problems--especially when the mixed symptoms come into play)...however, I've learned that I am so much more than just my one burden!
I do live a better life than I used to though. Through my self-discovery I've come to terms with my mental health challenge and I now for the most part can control the symptoms much better.

David,
Relapses are a way of life. I wish they weren't, but this is how it is. It's hard to prepare yourself for a change in mood when you don't see it coming. I try to recognize the signs, but then I get all caught up in it and so I stop.
Thanks for the comments.
Cristina

Cristina,
I agree with you. Every time I try to recognize the signs I tend to become even more paranoid, which then leads me to have an even worse episode. What I have learned, is that the best way to deal with these episodes is to ride them out. Having gone through numerous episodes over the years, I have come to a point that I am able to realize that there will be an end to either the mania or depression. Though this is hard, it can be accomplished.
The relapses, however, just becoming annoying :)
Dave.

Donna,
I've had mixed episodes and they're awful. Highs and lows in one phase is enough to make anybody crazy. I had so many of them during my last pregnancy that I wished for death. I just wasn't on the right medication. I might still experience highs and lows, but at least they're not together anymore. I take a combo of Lithium and Geodon that keeps them at bay.
Good luck to you. Let us know how you're doing.
Cristina

Beverly,
I hope to be cycle free one day. I don't just want to manage my symptoms. I want to be rid of them. This is what I live for.
Cristina

Interesting analysis about how dreams are a collection of our unfinished business. I think in my case, the dreams are more like an exacerbation of my own fears. Sometimes I have really bizarre dreams that perpetuate the paranoia I had during the day, but when I come to the realization that it was just a dream I tend to calm down.
Also, don't get caught up on the re-emergence of certain "biplar moods" because just like addiction, there are times you will relapse. It is how you prepare yourself for these moments that become more important over time. When you gain more experience, you have more tools to address the change in mood; I see you have done this with meditation. For me, I try to watch TV or get lost in a video game, where I can let my mind "reset" and regain control of my emotions.
I think your quote: "I need to remember that there will always be bad days lurking around the corners. It‚Äôs my job to keep my bipolar disorder symptoms in check." perfectly sums up the way in which we all need to address our Bipolar disorder. Sometimes though it is hard to remember this when you are either depressed or manic.
Thank you for sharing,
Dave.

Dave,
Reading the signs has become a pain in my arse. Seriously, who wants to go through that second guessing of yourself?! By the time I've figured out that I'm not just being paranoid, I'm halfway through an episode. Then I've upset myself and I want to give up. But somehow I talk myself out of it and I find a way to see the light.
Cristina