Megan Fox and the Myth of the Month

Normally I don't dignify absurdities with coverage, but this one deals with an issue we all face: stigma.

Actress/model Megan Fox recently announced she is having her tattoo of Marilyn Monroe removed due to Monroe's alleged psychiatric diagnoses. "It's a negative character, as she suffered from personality disorders and was bipolar," Fox told an Italian magazine. "I do not want to attract this kind of negative energy in my life." (It has been speculated that Marilyn Monroe suffered from borderline personality disorder, although that was never officially diagnosed.)

Note to Ms. Fox: you can't catch a personality disorder--or any other kind of mental illness--from a tattoo. The belief that mental illness is contagious is a founding member of the Myth of the Month Club. 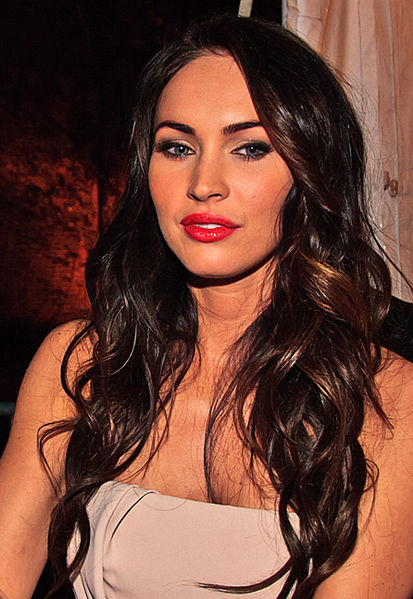 So how do people develop BPD?

Simply put: we don't know. Some blame poor parenting. Some blame untreated trauma. Some blame a brain disorder. Some blame a genetic predisposition. What is known is that borderline personality disorder, or BPD, is a common mental illness. Wikipedia reports that 1 to 3 percent of the adult American population has BPD, and people with BPD account for 20 percent of psychiatric hospitalizations.

BPD is not contagious. Neither is any other mental illness. You can't catch it through casual or even intimate contact with a person. Mental illness is a physical problem that just happens manifests in the emotions. In this respect, it is no different than diabetes.

In addition to not being contagious, mental illness is not incurable. It is very treatable, and recovery is real. In fact, according to the American Psychiatric Association, BPD has an 86 percent remission rate ten years after treatment.

It's hard to convey my story as one of the 86 percent in the written word. The person I was before treatment is radically different than who I am now. When I first began treatment, I was a raging alcoholic, frequent cutter and burner, and bona fide cynic who was in and out of hospitals. After a few years of this, I was committed to the state hospital system. When I was sent to the borderline unit at LaRue D. Carter Memorial Hospital, staff stabilized my medication and taught me how to deal with my symptoms. By the time I was discharged, my BPD diagnosis was in remission.

The damage myths cause

Former U.S. Surgeon General David Satcher identified stigma as the leading barrier to treatment. Whether it is manifested in denial one has the condition, the insurance companies' hesitation to cover psychiatric treatment, or the fear of what other people will think, the myths of mental illness--such as that it's contagious or incurable--cause incredible damage.

When I first sought treatment for my mental illness, some friends from church encouraged me to see a church counselor as opposed to a "worldly" therapist. While the secular counselor had credentials, the qualifications of the "Biblical counselor" were 1) she'd read a book, and 2) she'd attended a seminar about said book. According to this school of thought, my illness was spiritual, which was a polite way of saying demonic.

I attended two sessions before the therapist said she couldn't help me because of my anger. Somehow, word got out when I started seeing a psychologist, and I was reprimanded for it. The stigma that all mental illness was demonic had convinced my church friends that I was hard-hearted, and that I was seeking a therapy that would not work.

Is being open effective?

While I would recommend being open about one's own struggles as a way to fight stigma, which is usually due to ignorance, openness is not for everyone. Ultimately, each person has to decide for himself or herself what is right. I understand the reasons for keeping quiet about a diagnosis, especially some of the more misunderstood ones. Yet the only way we can hope to get rid of stigma is by education, and education begins with openness.

I would never, ever disclose a a BPD diagnosis. Not only have I been abused because of it, I work in the field & know all too well what some alleged professionals say when consumers aren't around. If anyone tells you it doesn't happen, don't believe them.

I feel sorry for Megan.
Stigmatising others says more about the person doing the stigmatising than about the one being stigmatised...
In her case, I'd say it's saying: narcissist...

I live at home and I have Bipolar Disorder. My parents and I are Christians and they believe I suffer from some sort of denomic trouble. It is sad and very irritating. They have brought me books and prayed for me that spirtis would leave me alone. I don't really know how to deal with them but I have been blessed with a psychiatrist that encourages me that I am not possesed or under any sort of denomic influecne.

I'm sorry you've had to deal with these folks--I know from experience how it can affect a person. I wish I knew what to do. I basically tolerated them in the way one tolerates a stomachache when I couldn't avoid them.

I agree, very well said!
Unfortunately it's not only mental illnesses that suffer this stigma, as I discovered it also applies to many physical illnesses as well.
It seems that what people do not understand (or perhaps do not WANT to understand!) they have to make light of, or make out that it does not exist.
Over 10 years of personally trying to educate people, it hasn't gotten any easier, but I still keep trying!!

Im discusted in regards to this, removing something because it feels negative is not going to remove all negative things surrounding ones life, negativity is something that is constantly arround us, how we percieve it etc defines how we measure its strength in our own life. I have Bipolar as well as depression, I think of my dissease as an Illness and not a negative, sure there are negative aspects but In order to battle it I think of it more like an obsical, I dont think Ive ever looked at it as a negative aspect of my life, Its a dissability invisible to others. Miss Fox has to rethink what she has said because basicly she obviously sees those who suffer from mental illness as a negative influence and as such she wishes to have nothing to do with such people. Theres so much lack of understanding and acceptance of the mentaly ill, we accept people with physical dissabilities all the time, so why not we who have mental illness? The world and especially comments such as Miss Foxs need to change their perception of us, were all human beings and we all should be equal no matter what obsicals are placed in our way.

Sometimes you get burned for disclosing a diagnosis and sometimes you do not. In the end I think if I see a need I tell people I have an illness if not I do not. That said I am not ashamed or fearful.

"you can’t catch a personality disorder–or any other kind of mental illness–from a tattoo."
that's true--you can't. you can, however, catch hepatitis. and for making a comment that completely asinine, i kind of hope she did.

I love this blog and the truthful facts that are in it! I am also one with BPD and I love finding those who are willing to speak out about it. The stigma that often accompanies mental illness is awful and misleading and I do believe that the more truth that is out there the better chance we have of erasing that stigma (those stigmas).
However, I must say that I don't believe that Megan Fox was saying she could catch mental illness through the tattoo. I know alot of people who believe that positive and negative energy can be introduced to us through many ways. This is generally the term people use when they don't place a belief in a higher power such as God (which I do). So that's their way of saying they don't want negative influence or they're trying to gain a positive influence through things in life or in the universe.
In my humble opinion, I believe that's what Megan Fox was trying to convey and not necessarily that she is afraid of catching a mental illness through a tattoo. That being said, I do also know people who do see it that way and I am grateful for the blog you wrote. I wish more people could understand the facts and not get so hung up on the myths. Great blog- lots of great information.
Thank you so much!!!!!

No, mental illness is not contagious. Regrettably, for little Missy here, neither is intelligence!

"I understand the reasons for keeping quiet about a diagnosis, especially some of the more misunderstood ones. Yet the only way we can hope to get rid of stigma is by education, and education begins with openness."
Well said.