How a Video Game Gave Me My Life Back

If there's one thing true about psychiatric hospitals, it's that you have a lot of down time. When I was in the state hospital system, I used this time to play Animal Crossing: Wild World on my Nintendo DS. Believe it or not, the game was a helpful therapy.

Animal Crossing: Wild World, or AC: WW for short is a video game in which you live in a rural village with a bunch of anthropomorphic animals. You go around doing tasks for these animals, making money, making friends and other various life adventures. This game taught me three skills: how to read the emotions of other people, how to set boundaries, and how to handle rejection.

Reading the emotions of other people 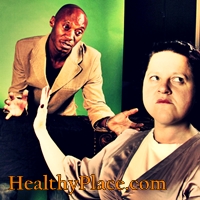 In AC: WW, you can learn to read the emotions of other characters by their facial expressions and body language. The game features several different emotions, ranging from happiness to anger. When the animals are happy, they sing and the game displays musical notes. When the animals are angry, they stomp around and the game displays steam coming out of their ears. Combine this with a careful examination of their body language and facial expressions, and the game teaches you how to read people.

If you're not careful, AC: WW can take over your life. The animals are prone to requesting multiple tasks an hour, and several of these tasks are time-consuming. They even request to visit you at a certain time, want to take your furniture or other items, and generally impose on your life in ways we wouldn't tolerate from people. You learn very quickly to set boundaries with the animals--and this skill is very useful in real life.

Some of the animals have a martyr complex. They will use guilt to get you to feel bad about denying a request. Sometimes they will even get angry if you refuse them. This trait in the animals sometimes mirrors people in our own lives. Come on, now, you know who you thought of! I know someone popped into your head!

Why is this helpful? Because people with BPD are easily manipulated. It's hard enough for someone without BPD to say no to a martyr or to someone who gets angry when denied. When you factor in the tendency of people with BPD to fear abandonment or rejection, it becomes almost impossible to say no. The game, therefore, allows you to practice setting limits and saying no. This, combined with therapy, can carry over to real life.

One of the other patients at the hospital played AC: WW and found it, combined with therapy, to be useful. In AC: WW, sometimes the animals move out of your town. She used to take that personally, and had to learn how to handle that perceived rejection. While I wasn't that severe, I, too, had to learn how to handle perceived rejection in the game. For me, this included the guilt trips and the temper tantrums of the animals.

Fear of abandonment and fear of rejection are two key criteria for a diagnosis of BPD. Therefore, it is important for a person with BPD to learn how to face those fears. The game gave me a safe environment to do that. I could practice saying no and dealing with the reactions of the animals, and if it were to difficult I could tell myself it was only a video game.

It's funny how something that's "only a video game" can make such a profound impact on one's life skills.

Hi Becky! Wow I looked up BPD and video game cause I'm experiencing the same thing with FORTNITE. Have you ever played? Great article!?

[…] been living under a Kabuto the past few weeks, you’re aware that Pokemon Go has gone viral (How a Video Game Gave Me My Life Back). But did you know Pokemon Go can help with mental illness recovery? Here are three ways Pokemon Go […]

You should take part in a contest for one of the highest quality blogs on the web.
I will recommend this website!

Wow, I've never heard of that game, but now I'm very interested in playing it. Thanks for this great article!