Mentally Ill and the Death Penalty - Fate of Scott Panetti

Navy veteran, Scott Panetti, was diagnosed with schizophrenia in 1978 and hospitalized 14 times for the disorder. In 1992, he suffered a psychotic break and killed his wife's parents, telling the police that "Sarge" did it and demons were laughing at him. Amazingly, he was allowed to represent himself, and passed up a plea deal that would have saved his life. At his trial, he wore a cowboy suit, subpoenaed Jesus Christ, the Pope and President Kennedy, and argued that only an insane person could prove the insanity defense. He was sentenced to death.

The Death Penalty and the Mentally Ill 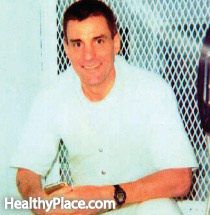 But even the victims' daughter says he is mentally ill and should not be executed. The Supreme Court has agreed at least once, ruling in Panetti vs. Quarterman that an inmate can not be executed if he does not understand why he is being executed. Panetti believes Satan is behind the execution and is trying to "rub me out" for preaching the Gospel. Regardless, he is set to die on 12/3/14.

Selfishness and Borderline: Three Questions to Ask
About Mary Hofert Flaherty, Author of "More Than Borderline"
Linda Saye
December, 10 2014 at 5:04 am

absolutely not. the man did not get a fair trial, was incompetent to stand trial and simply not in his right state of mind. I thought that the criteria for insanity was whether a person could distinguish right from wrong, and could only stand trial if he was capable of assisting in his own defense. This man did not meet either requirement. The justice should be ashamed of itself, Texas should be ashamed of itself.

People who are allowed to walk on the streets when they're a potential problem to themselves is insane of doctors, but this is why prisons are running over with crazies too

So did he die today? That is sad.

No death penalty. ..absolutely not