Advocating for Your Health When You Have Bipolar Disorder 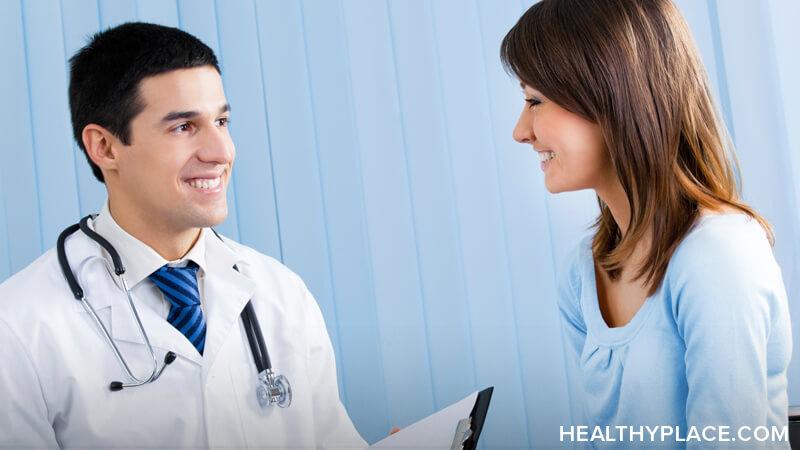 When you have bipolar disorder, advocating for your health is even harder. And honestly, doctors are often to blame for this difficulty. Not all doctors are the same, of course, but many treat people with serious mental illness in ways different from other patients. Learn why it's so hard to advocate for your health with bipolar disorder and what you can do about it.

Many doctors don't believe patients of any stripe advocating for their health. I'm not sure why this is, but it's pretty common for a person to see a doctor about a complaint and the doctor to tell them it's "all in their head." For people with bipolar disorder, though, it gets so much worse.

But, let's say you get past that problem, and the doctor believes you when you advocate for your health, even when you have bipolar. That's great, right? Well, it might be. But then again, you might run into the second big problem: doctors who blame every ill on bipolar disorder.

One of the problems with bipolar disorder is that it can have many psychological and physical effects. I might suggest we can't even pinpoint every effect with our knowledge at this time. This being the case, doctors are prone to attributing seemingly all ills to bipolar disorder or to bipolar medication side effects. And while sometimes this makes sense, sometimes people genuinely have other problems that also need taking care of -- and unfortunately, doctors are often blind to this.

How to Advocate for Your Health with Bipolar Disorder

If you have bipolar disorder and need to advocate for your health, remember:

So when you're sitting in front of a doctor, advocating for your health with bipolar disorder, try these things:

In short, try to work within the system as best as you can, even if that means compensating for some doctor's prejudice. I know that's not fair but confronting a doctor's prejudice is likely to make your relationship worse and unlikely to get you what you need. If you don't have to continue the relationship with the doctor and you want to say something about your treatment, then, fine, but otherwise, I would keep charges of prejudice to yourself -- for your own sake.

And finally, remember that advocating for your health is good -- it's what you should be doing. Some awful doctors make it harder, but it's still one of the most important things you'll ever do. After all, if you haven't got your health, you haven't got anything.

Tags: advocate for health with bipolar

APA Reference
Tracy, N. (2021, October 7). Advocating for Your Health When You Have Bipolar Disorder, HealthyPlace. Retrieved on 2023, February 3 from https://www.healthyplace.com/blogs/breakingbipolar/2021/10/advocating-for-your-health-when-you-have-bipolar-disorder

Is Being a Mental Health Advocate Worth It?
I'm a Professional Patient -- My Health Is My Life