How Long to Try a Bipolar Medication Before Changing It 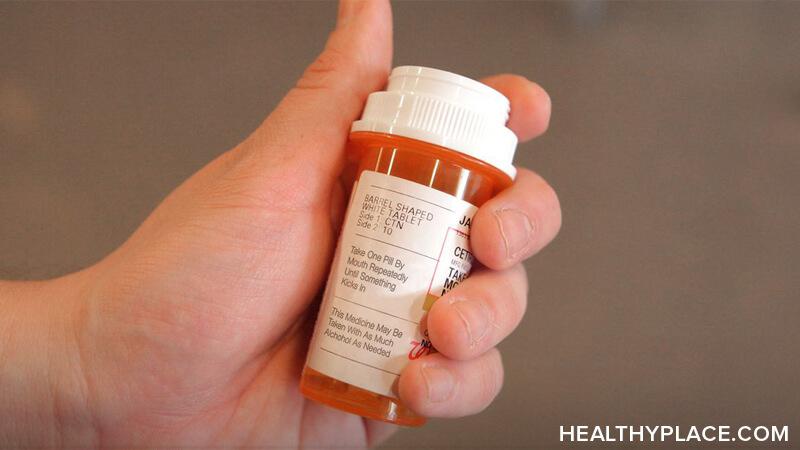 How Long to Try a Bipolar Medication -- What Dose Do You Need?

There is no specific timeline that works for all medications and all people when it comes to how long one should try a bipolar medication to see if it works (known as a medication trial). This is because various medications have various timelines to get to an effective dose. For example, for some antipsychotics for bipolar, an effective dose can be reached in less than two weeks. On the other hand, for an anticonvulsant (often called a mood stabilizer), it may take months to get on an effective dose.

It's also worth considering the range of effective doses. For example, a medication may be effective between 500-1000 mg. When you reach 500 mg, it has a chance of working but, then again, you might need to get to 1000 mg to see an effect. Everyone is different (and that is why there is a range).

How Long to Try a Bipolar Medication -- How Long Have You Been at an Effective Dose?

So when you think about how long you need to try a bipolar medication, the answer is not a number of days or weeks after you started the medication; it's actually the number of days after you have reached an effective dose. Many doctors would consider this to be the highest dose in the range. It's only once you get to this level that the clock actually starts.

Once you're at that highest effective dose, you need to stay on it for 10-14 days before evaluating whether you've had a positive response.1 This means you might need to be on a medication for months before you can properly assess its efficacy. I know that doesn't seem like good news, but it's important information to understand. Aborting a bipolar medication trial before that point means you never really know if it could have worked for you. In other words, you may be crossing it off the list of possibilities prematurely.

All that being said, you may choose to abort a bipolar medication trial early for one primary reason: dangerous side effects. For example, there is a rash that can happen with some medications that can be dangerous. If you find any kind of rash after starting a medication, it should be reported to your doctor immediately, and you may be taken off that medication immediately because of it. There are other dangerous side effects that can happen as well. You should talk to your doctor or pharmacist about what to watch out for that could specifically indicate a dangerous response.

Why Does How Long You Try a Bipolar Medication Matter?

As I have said, not trying a bipolar medication long enough will make you cross it off the list of possibilities prematurely, and you really don't want to do that. If that's the one medication that works for you, and you aborted the trial and never found it, that's a very bad outcome.

Because while for some people, multiple medications may work, some of us aren't that lucky. Some of us are delicate little flowers that can only be touched by exactly the right medication at the right time.

When in Doubt, Try a Bipolar Medication Longer

I've taken every medication in the book and then some. It took many years to do so. It then took a further number of years to find a combination of medications that would be most successful for me. Finding a bipolar medication treatment that works can be hell. But missing your best bipolar medication due to a prematurely aborted trial makes that hell longer and worse.

No one likes trying medications and fiddling with doses, and living through side effects. It's awful. But you have to know that it's short-term pain for long-term gain. It may take an extra month of unpleasantness to determine the efficacy of a medication for you, but that's an extra month well-invested in your future health.

Please note that I am not a doctor, and all healthcare decisions should be made between you and a qualified mental health provider. If anything in this article concerns you, please take it to your healthcare provider.

Tags: how long to try a bipolar medication

APA Reference
Tracy, N. (2021, May 17). How Long to Try a Bipolar Medication Before Changing It, HealthyPlace. Retrieved on 2022, December 7 from https://www.healthyplace.com/blogs/breakingbipolar/2021/5/how-long-to-try-a-bipolar-medication-before-changing-it