Don't Shame People for Not Having a Positive Outlook 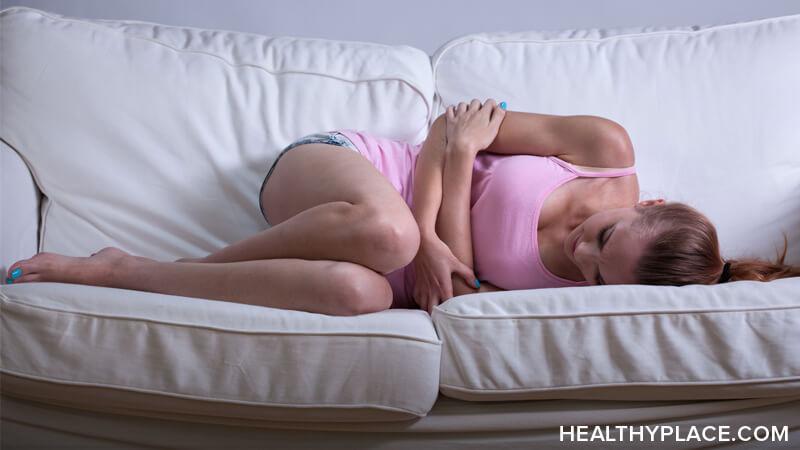 What Is a Positive Outlook?

A positive outlook, of course, is precisely what that commenter said: always looking for the silver lining. It's looking at the world through rose-colored glasses. It's "turning that frown upside down." It's taking whatever you're given and reframing it in a positive light. We all do this sometimes, and we all know people who do this all the time. And let's be clear, a positive outlook can be healthy sometimes. Sometimes you need to look at the positives in a situation to get up and keep going. That's okay.

Why Would Someone Not Have a Positive Outlook?

Mood — People can be in a bad mood, a negative mood, for a variety of reasons. Something terrible might have happened, or they might have just woken up on the wrong side of the bed that day. Or, of course, they may have a mood disorder like depression. In the former cases, the negative mood is likely transient and no big deal. In the latter case, though, a negative outlook may be pervasive and ongoing.

Reality — Some people have a negative outlook because they're looking out at negative things. It's hard to have a positive outlook when everything around you is dark and bleak. (Think of people in abusive relationships, for example.)

I would argue that in many of the above situations, having a negative mood is quite reasonable.

Not Having a Positive Outlook Is Not Bad

No matter why you don't have a positive outlook, it's not de facto a bad thing. In fact, it has no inherent value judgment at all. It is neither good nor bad; it just is. Other people, however, tend to impose their values on it. Other people tend to say it's "bad."

They do this because your negativity makes them uncomfortable because it puts a chink in their overly-positive outlook. The negative makes people question the positive — and heaven forbid people look at their own belief systems.

And while people experiencing reactive negativity (i.e., because something awful just happened) can often be encouraged to look at the other good things in their lives, dealing with people with pervasive, longstanding negative outlooks is not so simple. For example, people with longstanding depression have changes in their brains with which to contend. It's not a matter of reframing things; it's a matter of fixing their brains.

And here's the thing, by saying that "maintaining a positive outlook is ALWAYS so very important," or other similar platitudes, you are actually shaming all the people who don't have a positive outlook. You're telling them that there's something wrong with them. You're telling them that good things won't happen to them because of their outlook. You're shaming them.

This isn't fair, and this isn't right. You are adding insult to injury.

People without a positive outlook don't necessarily enjoy it. Being in a painful, dark cloud of depression is one of the worst things in the world. If I could trade that for anything, I would. And understand that when in that place, blackness and negativity abound. This is not my fault. This is the disease's fault. And how dare you shame me for the symptom of a brain illness?

So, look, if you want to bring up something positive, even to the most negative among us, that's fine, but don't shame us when we don't share your outlook. Sometimes that's just not possible.

Tags: not having a positive outlook

APA Reference
Tracy, N. (2022, October 3). Don't Shame People for Not Having a Positive Outlook, HealthyPlace. Retrieved on 2022, December 10 from https://www.healthyplace.com/blogs/breakingbipolar/2022/10/dont-shame-people-for-not-having-a-positive-outlook

Should Every Adult Be Screened for Anxiety?
Why People Don't Like Antipsychotics — They've Tried Them