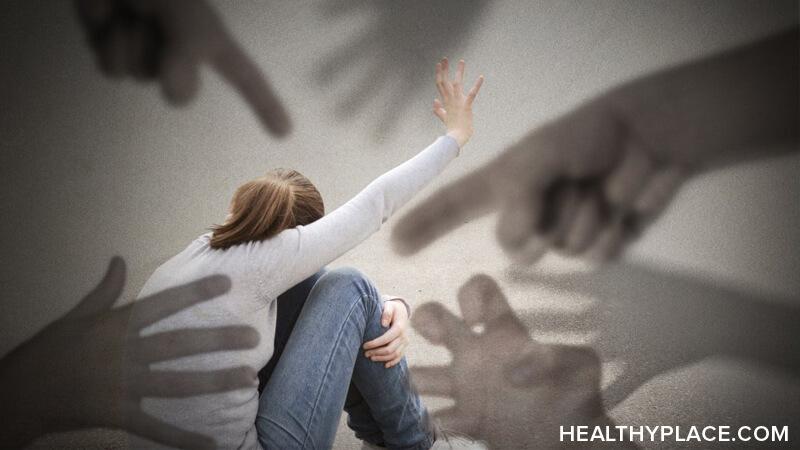 "He's totally psychotic." "My breakup was totally psycho." How many times have you heard those types of phrases? I've heard it many, many times. While it's pretty common these days to have some knowledge about mental illness terms, psycho, psychotic, and even psychosis tend not to be understood. Let's delve into the meanings of psycho, psychotic, and psychosis, both from a common vernacular point of view and from an accuracy point of view.

What Does 'Psycho' Mean?

"Psycho" is a common euphemism for crazy. And I would suggest that it commonly means dangerous and crazy.

Specifically, according to Dictionary.com, "psycho" means "a psychopathic or psychotic person" or "a crazy or mentally unstable person."1

And while the former definition is more accurate, I think it's more commonly used with the latter definition in mind. However, it's important to realize this word is not formally used in psychiatry, psychology, or in any reputable way.

As I mentioned in the first paragraph, "psychotic" is another one of those words that are thrown around by people very loosely. "Psychotic" is also generally a synonym for crazy, unstable, and often angry or dangerous. However, unlike "psycho," which has no medical meaning, "psychotic" actually does.

According to Dictionary.com, "psychotic" means:2

1. (In psychiatry) relating to, characterized by, or exhibiting psychosis

Dictionary.com is kind enough to give examples such as, "The man who threw a stone through the convenience store window must be psychotic," and "My dad gets so psychotic when I come home even a little bit late."

However, as noted in definition number one, "psychotic" actually relates to psychosis (see below). A person who is "psychotic" is actually a person suffering from psychosis, and psychosis is not about being angry, violent, or even upset. Experiencing psychosis is to experience an altered state of reality, a medical designation, nothing more, nothing less.

What Does Psychosis Mean?

Psychosis is a disconnection from reality wherein one typically experiences hallucinations (false experiences; can happen to any sense) and/or delusions (false beliefs, often in spite of contrary evidence). For a fuller definition, I turn to the National Institute of Mental Health, who state:4

The word psychosis is used to describe conditions that affect the mind, where there has been some loss of contact with reality. When someone becomes ill in this way it is called a psychotic episode. During a period of psychosis, a person’s thoughts and perceptions are disturbed and the individual may have difficulty understanding what is real and what is not. Symptoms of psychosis include delusions (false beliefs) and hallucinations (seeing or hearing things that others do not see or hear). Other symptoms include incoherent or nonsense speech, and behavior that is inappropriate for the situation. A person in a psychotic episode may also experience depression, anxiety, sleep problems, social withdrawal, lack of motivation, and difficulty functioning overall.

Psychosis is the defining symptom of schizophrenia, but it's also common in bipolar disorder and can happen in other mental illnesses. In fact, people without a mental illness sometimes experience psychosis (often associated with drug use, although not necessarily).3

Why Do the Definitions of 'Psycho,' 'Psychotic,' and 'Psychosis' Matter?

The definitions of "psycho," "psychotic," and "psychosis" matter just like the definition of bipolar disorder matters. It matters because we want people to use these terms properly. We want to remove the unfair, negative connotations around them.

Watch this video for my plea not to use these terms as insults:

I've never been psychotic, but I've been altered enough to know that it must be terrifying to experience all these things that don't exist and become paranoid (common in psychosis) and believe in scary truths like that you've under surveillance everywhere you go. This must be an experience like non-other. I have nothing but empathy for anyone who has been there.

And that's the point. Those people, and by extension, those words, deserve our respect and empathy -- not our crass carelessness that would use those terms as insults. Remember, psychosis is a serious medical condition, not part of a war of words.