Things I Took for Granted Before I Had Bipolar Disorder 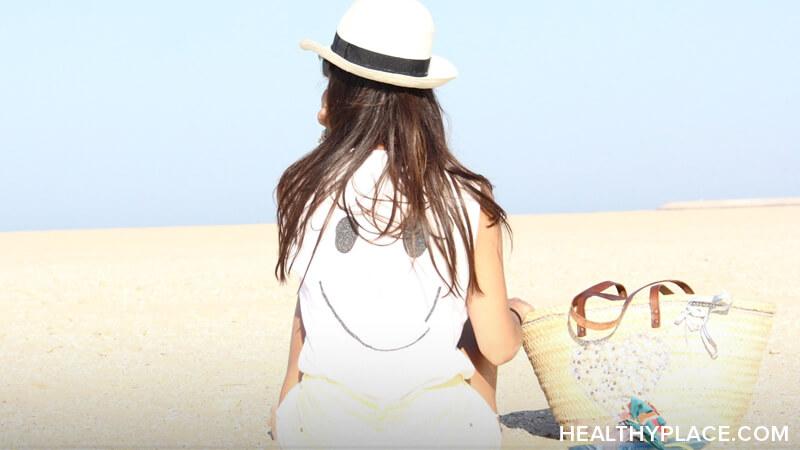 There are so many things I took for granted before I had bipolar disorder. Just like many people, I was living a normal-ish life. I was 18 years old; I was at university; I was living with my boyfriend; the stats on my life were definitely in the meaty part of the bell curve. And as such, I certainly never thought about mental illness. I wouldn't have been able to correctly define bipolar disorder for you for a million dollars. Those are days I miss. And looking back, so many things were different before I had bipolar disorder.

Before I Had Bipolar Disorder, I Never Thought About Cleaning Myself or Anything Else

These days, I had to work myself into taking a shower. There are lots of reasons for this, but suffice it to say that bipolar has changed the way I view showering forever. But back before I had bipolar disorder, I don't remember thinking once about showering or bathing -- not once. Those topics used up no brain cycles, and I just did them out of habit -- much like everyone does. It would have been entirely possible to forget whether I showered on a particular morning because it was so unimportant it wouldn't even resonate in my memory.

The same is true for cleaning my environment. Before I had bipolar disorder, picking up the vacuum cleaner or the duster was just something I did. My environment was clean because that's what you do.

Now, thanks to depression and other chronic illnesses, I have to plan when I clean and save my energy to do it. Now, things get dirty all the time because I just don't have the energy to clean my environment as I should.

Before I Had Bipolar Disorder, I Thought About Time Much Less

My life is currently ruled by a routine. A wake-up time, a pill time, more pill times, food times, and so on are all part of my daily plan.

But before I had bipolar disorder, I didn't think about a "daily plan" at all. If I slept in, I slept in. If I felt like skipping breakfast, I did. If I wanted to go out, that's what happened. My day was built around what I wanted to do rather than what I had to do. Time on the clock may have had an impact, but it wasn't the driving force of so many little actions I had to commit.

Before I Had Bipolar Disorder, I Could Sleep

Nowadays, sleep is a significant priority for me. Messing with my sleep messes with my bipolar disorder, and I simply can't have that. So, now I have a pre-bedtime ritual, and I go to bed at the same time every night, no matter what. And if my sleep is disturbed for some reason, I know trouble is brewing with my mental illness.

But before I had bipolar disorder, I used to sleep nine hours a night without thinking about it. When I went to bed wasn't a priority. My body decided when I woke up. Sleep was a thing that happened at night without question. When you go to bed, you sleep. It was that simple.

Before I Had Bipolar Disorder, I Wasn't So Conscious, Mindful, and Introspective

I've always been a bit of an introspective person, but now, that introspection is an irreversible habit that consumes my days. I have to watch every little thought and every little emotion because so often, they are coming from my sick brain and not me. I have to be mindful, at times, because it's the only way to deal with some of my bipolar and anxiety symptoms. I have to use pointed self-talk every minute of every day to try and fight back all the thoughts that are trying to kill me. I have to carefully moderate my actions because I can't allow them to be driven by bipolar thoughts.

But, oh, before I had bipolar disorder, my thoughts and feelings just happened. My actions just happened too. They were driven by reasonable thoughts and emotions. I didn't need to put thought algorithms between my brain and the outside world. I didn't have to think about thinking all the time. It left so much room for other things.

Before I Had Bipolar Disorder, Things Were Simpler

Tags: before I had bipolar

APA Reference
Tracy, N. (2023, January 23). Things I Took for Granted Before I Had Bipolar Disorder, HealthyPlace. Retrieved on 2023, January 27 from https://www.healthyplace.com/blogs/breakingbipolar/2023/1/things-i-took-for-granted-before-i-had-bipolar-disorder

How Do You Write About Bipolar for 20 Years?