Isolation Has Been a Blessing for My Mental Health 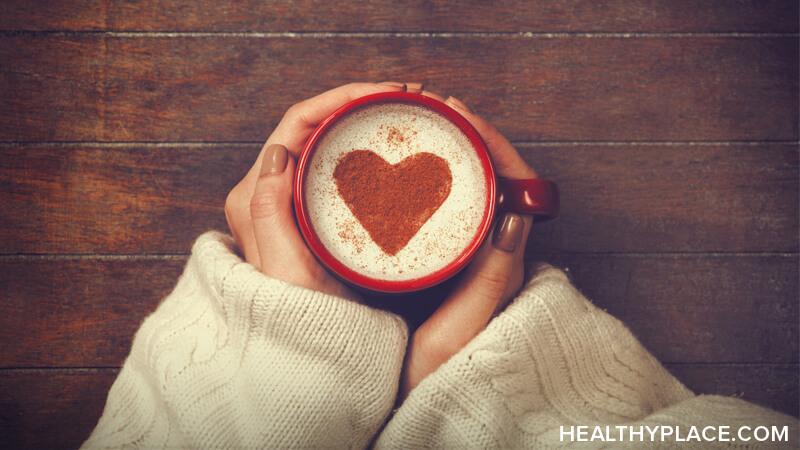 My mental health has always suffered in times of isolation and uncertainty. As someone with obsessive-compulsive disorder (OCD), I'm at my most content when I'm able to predict and control my surroundings. When that control is lost, my mind conjures terrifying hypotheticals about what "could" happen, and I start to engage in compulsive behaviors to bring order to the chaos in my mind. This exhausting cycle of thoughts and rituals invariably causes me to slip back into depression, and I'm left feeling like a failure once again. So, you would think that the uncertainty surrounding the current global pandemic would have my mental health in a tailspin. But no — it is better now than it has been in years, and it's precisely due to that uncertainty. The uncertainty leading to my isolation has improved my mental health.

Nearly two weeks ago, I received notice that my daughter and I had been in contact with someone who had subsequently tested positive for COVID-19 and would therefore have to quarantine for two weeks. I was terrified — for my daughter and my unborn baby (I'm currently seven months pregnant). My mind raced through all the worst-case scenarios, but what scared me the most wasn't the virus — it was the thought that we had no way of knowing whether we had it. In England, you are only eligible for a test if you have symptoms, and since both my daughter and I were well, we just had to wait and see if we became sick.

I felt furious that the world had abandoned us in our hour of need, helpless to do anything about it, and desperate for these two weeks to pass. Every time my daughter so much as sniffed, I ran to Google to re-read the list of symptoms I could already recite from memory. I could also feel myself slipping back into old habits — the circular thoughts, the compulsive mantras, and the knowledge that any relief I got from performing these rituals would be short-lived. The next two weeks stretched out in front of me like an endless expanse of misery, and I didn't know how I was going to get through them without my mental health seriously suffering.

That was day one. The next morning I woke up feeling energized and focused on finding activities to keep my daughter and myself occupied and happy for the next 13 days. After all, there was no point in obsessing about something I couldn't control.

When that thought hit, I laughed out loud. It was something I had heard a thousand times from doctors, therapists, and anyone who had tried to help me deal with my OCD over the years, but I had never truly understood it until this moment. Cognitive behavioral therapy (CBT) is all about exposure — forcing yourself into a situation that makes you uncomfortable to show yourself that nothing terrible comes as a result of you being in that situation. For me, the thing that made me most uncomfortable was uncertainty — not being able to predict what was going to happen next.

Therapists had tried to get me to address this issue in the past by having me forgo washing my hands after using the bathroom and seeing that I didn't become deathly ill as a result of this action. I had always chickened out at the last minute and run back to the bathroom to wash up after only a few minutes.

Now, I had no choice but to sit with the uncertainty closing in on my mental health. I couldn't run back in time and stop us from having contact with that person who had tested positive. I just had to wait and see. And it suddenly became clear that obsessing about it didn't change a thing. There was no point in obsessing about something I couldn't control.

Isolation Can Be an Opportunity to Work on Your Mental Health

I started to think of these two weeks as an opportunity to address the unhealthy way I had historically dealt with uncertainty and loss of control. It was like an immersive crash-course in exposure therapy, but with no get-out clause. I had no choice but to finish the course, and I was starting to feel grateful for it.

We are now nearing the end of our second week of isolation, and thankfully neither one of us has developed any symptoms. But the fact is we will never know for sure if we had the virus — and I'm learning to be okay with that.

How does isolation usually affect your mental health? Share your thoughts in the comments.

APA Reference
Lear, J. (2020, October 22). Isolation Has Been a Blessing for My Mental Health, HealthyPlace. Retrieved on 2022, August 15 from https://www.healthyplace.com/blogs/copingwithdepression/2020/10/isolation-has-been-a-blessing-for-my-mental-health

If You Don't Set Boundaries, Your Depression Will Get Worse
Does Victim Mentality Play a Role in Depression?