What Is Dissociation? Part 3: Dissociative Amnesia

We've covered depersonalization and derealization, two of the five core dissociative symptoms. As someone with dissociative identity disorder, both of those forms of dissociation affect me regularly. But the remaining three impact my life most profoundly. Dissociative amnesia, as I'll explain, is a deeply frustrating and disruptive part of living with DID.

We've all experienced it: highway hypnosis. You're driving along a familiar route and, before you know it, you've arrived at your destination but you don't remember the drive. This is garden variety dissociation. I don't know anyone who doesn't experience this or some other form of mild dissociative amnesia now and then. For those with dissociative identity disorder, however, dissociative amnesia is a pervasive, damaging dissociative symptom. And contrary to popular belief, amnesia is not necessarily obvious to the sufferer. Sometimes only the damage it does is.

Precisely because amnesia is the negation of memory, people with severe amnesia may be unaware that something is missing from recall; they may have amnesia for their amnesia. -The Stranger in the Mirror, Dr. Marlene Steinberg 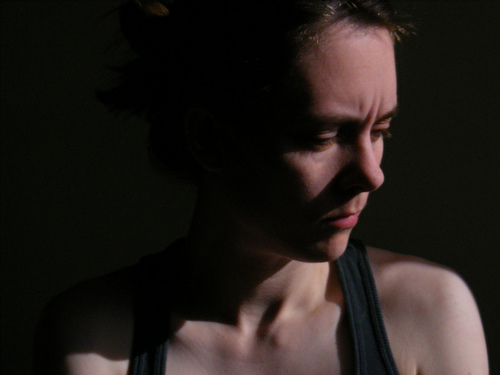 Despite the misconceptions dramatic portrayals of dissociative identity disorder perpetuate, when you see a DID character in despair and hopelessness as a result of dissociative amnesia, believe it. That's emotionally honest. For me, amnesia may be the most destructive of all the dissociative symptoms. This brutal form of dissociation causes me:

In many ways, it was easier when I just thought everyone was drunk or confused when they claimed I said or did something I knew I didn't. Because I didn't have to feel all those ugly feelings. Discovering I have dissociative identity disorder changed that. Now I know that, because dissociation is my near constant companion, recalling important information is often impossible. And that means I mess up. A lot. That's why, for me, dissociative amnesia is the most maddening of the five core dissociative symptoms.

I have had a lot of years with am analyst finding out about my childhood . I am nearly coming to an end but have only started to realise about amnesia. So often in work or with my family I cannot remember conversations or have no knowledge of what another person is talking about. It makes me feel humiliated and ashamed but I will try to do what Amber has done. Thank you for giving me some hope.

Just what I was looking for. At a homecoming celebration, I remember thinking, "Take a snapshot of this. You'll want to remember." I don't, but I remember that thought. When my son was five, he asked me to share stories of my childhood. I was ashamed that I had none to share. Gatherings with old friends are times of embarassment as they share stories of "Remember this time..." And I don't. One asked me if I drank away all my brain cells in College. Day to day living is infuriating. My boss can ask me to do something. I quickly forget. My son, bless him, has become my memory, though I'm not sure he understands why I need it. The most horrific loss comes in that I don't remember my son's birth. I know it happened and can manage to squeek together a few snippets. But I don't remember.
It's good not to be alone and thank you.

Holly,
Get ready for me to ramble. :) I started doing memory exercises every day, multiple times a day. I would use any resource I had to (my journal, my boyfriend, my phone) to piece together what I had done that day. It would go something like this:
"Today is Friday. Today I have done (then I'd list everything I remember doing, in the order I remember doing it). Yesterday was Thursday. Yesterday I did..." up to 5 days prior. I would do this every day (so I would, essentially, be repeating each day 4 times, if that makes sense).
When I first started doing it, it felt overwhelming, unmanageable, and just plain impossible. I spend my entire hour therapy session, every week, dedicated to piecing together as much of the past 5 days as I could. I did that for almost 8 months.
I would also do memory exercises with conversation. After a few minutes, I'd think, "Do I remember how we got on this topic? What was the last topic we were talking about?" Or a TV show: "Do I remember what happened 5 minutes ago in this TV show?"
The only one that I absolutely did every day (usually at night before bed) was the 5 day one. But I would try to do at least one other memory exercise once a day or once every other day. Anything to start training my brain that, yes, I wanted to KEEP as much information accessible as possible.
3 years later and I can typically do the 5 day memory check in just a few minutes, as opposed to the hour or two it would take me when I started doing it.
Sorry that was so long-winded, but the memory exercises have been such a saving grace for me in my life and I love passing on the information to other people. :)

Stephanie -
Thanks so much for this information. That's really helpful. It sounds like hard work. Also, it seems like cooperation from other system members is necessary. But the fact that it's possible at all is hope inspiring. You're living testimony that it's possible to decrease the impact of dissociative amnesia on one's life. And that is really good to know.
I appreciate you sharing these tips with me and other readers. I'm definitely going to try to implement your techniques. It would be quite nice to have a bit more faith in my ability to retain information across several alter states.

So true. Friends who don't know I have DID (so, most of them) are often frustrated, or some even angry, with me for forgetting things we've done together or things we've talked about. It leaves me feeling helpless and out of control of my own life. Thankfully, over the past 3 years, I've started to really get the memory-loss to a minimum, but it does still happen from time to time. And you're totally right: it's maddening.

Hi Stephanie,
Thanks for your comment.
"Thankfully, over the past 3 years, I’ve started to really get the memory-loss to a minimum ... "
I'm really curious about how you were able to mitigate the amnesia. Do you mind sharing?