Parenting and Eating Disorders: When To Let Go

Recognizing When The Patient - Or the Team - Isn't In Control

Because I'm so big on getting parents to get engaged and be empowered to support an eating disorder patient to full recovery, it is hard to talk about the other side of this: letting go. But that is part of the picture, too. 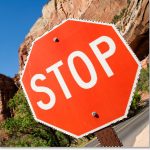 "If I don't let her keep her eating disorder behavior, she'll run away."

"He says he'll just go live with his dad if I say no."

I've heard a lot of this over the years. Parents feel pushed against the wall, forced to choose between complying with disordered demands or dreadful consequences. When it comes down to facing an angry, suicidal, or blatantly oppositional loved one, a parent can truly feel forced into doing things they don't want to do: fearing worse will follow.

If a family is providing a home, financial support, insurance, cell phone, or even just moral support, they sometimes have to make the difficult choice to withdraw that support if it is enabling the illness or, more often, enabling the patient to avoid treatment for the eating disorder.

Parents can refuse to keep the situation a secret from family and friends who might otherwise offer shelter.

If a dependent child isn't able to comply with recommended treatment or is violent or self-harming, the family can insist on hospitalization or residential care - keeping the home a place where recovery is safe but "ED" is not.

If the custodial parent is enabling the eating disorder - or grandparents or other relatives - parents can re-visit custody arrangements.

There are times when there really isn't anything a parent can do. Maybe the patient says "I'm fine" and has his own financial support. Often the ex thinks the problem is you, and the judge doesn't understand the illness enough to know she has been triangulated. Insurance won't pay, or national health doesn't cover services. The treatment center thinks a BMI of 18.5 is recovered and releases her. Her boss or coach says "she looks fine" or "I don't want to get involved in a family dispute."

If we can't be in charge, what can we do? Some parents let go, rather than be part of the patient's life as it goes downhill. Some parents draw the line and their child does move out. Mothers have had to see a child move in with dad, who allows the eating disordered behaviors, to keep her home a safe place.

Parents have to look at their options and accept when they don't have the control over the situation. These are horrible times, when they know what the best thing to do is, but can't make it happen. When they see opportunities lost and are not allowed to intervene.

But these are not the families who suffer the worst pain. The families I know who suffer the most are the ones who give in to disordered, ill demands. These families sometimes live hidden and ashamed lives where they cater to the increasingly bizarre demands of a disabled adult. I've talked to a mother who delivers her daughter's meals on a tray to a daughter she can't see. I know a couple who cannot vacation or go away for weekends because they cannot leave their adult daughter alone due to her extensive demands for specific foods at specific times. There are aging parents who cannot retire from their jobs or move or have guests.

Refusing to be part of the illness is tough, brave, and often frightening. Every family has to make its own decisions on how to do this, and how to change a pattern that has already been in place. This is a cruel illness to all concerned, but most of all to the patient.

In Charge? BE In Charge Of Eating Disorder Behaviors
Maudsley Myths: Look, Mom: No Therapy!
Kristine Baldo
July, 29 2010 at 2:18 am

Yes, yes, yes! Thanks for your thoughtful, articulate and important comments about the important issue of refusing to be part of the eating disorder of a loved one.