I have been finding out all sorts of things as of late about Adult ADHD and medication options. Since I watched those lectures by Dr. Russell Barkley (read Adult ADHD as Not a Gift), I've been looking into a bunch of the things he talked about -- and he definitely mentioned a lot about adult ADHD medications. This post is going to be half-informative, half-information-seeking. I know the adult ADHD drugs I've taken in the past for this disorder and I have questions about some that I haven't. Let's get started!

My Experiences With Adult ADHD Medications 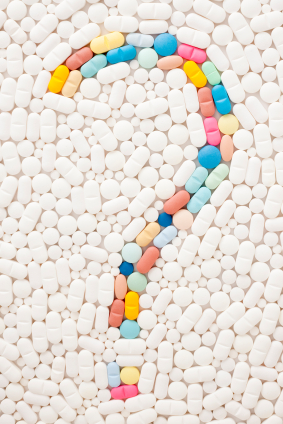 Let's do this systematically. The first Adult ADHD drug I took after my eye-opening Adult ADHD diagnosis is the same drug I'm taking now: Concerta. This was a magic pill for me for a few years. Once I found the right dose, I had about 10-12 hours of attention and focus to take me through my college days. I could read books and write essays and actually understand what I was doing. Sure, I didn't eat for the first month and didn't sleep well for quite some time either, but the ends justified the side-effects.

Next, Adderall. I'm not sure why my college doc decided to nix the Concerta and go ahead and try the Adderall, but we did it. One major difference I found on Adderall was the amount of time I spent feeling dehydrated went up by about a billion. Adderall is an amphetamine mixed salt and it left me thirsty all the time. I was completely willing to just increase my fluid intake, though, until I started to have eye tics. Yikes! The eye tics! My eyes would spontaneously, unexpectedly and strongly close - like pinch close. It looked weird and people noticed. The looking weird wasn't even the real issue - it was the headaches that accompanied the tics. I stopped taking this after about a year - the tics started about 8 months into my time on Adderall.

My next medication was my favorite by far: Provigil. It's now under the new name and formula: Nuvigil. It's meant for narcolepsy, but it worked for my ADHD. Unfortunately, the FDA did some studies and it proved to be ineffective for ADHD, so I had to stop taking it. Sad face.

I took a while off of Adult ADHD medications once I started dating my now-wife, but began a few years ago with Concerta again. I like it alright, but I hate that it wears off before I can even study at nighttime and I hate that I'm not that hungry during the day and STARVING once it tapers off. I have heard tell of a new drug, Daytrana, that could solve all of my issues.

You might also want to check out Adult ADHD Medications Benefits and Drawbacks.

I have been on Adderall for a few years now. Initially, my previous doctor prescribed it to me to "stimulate" my mood as he put it. I took it at first and weight started dropping at a steady rate due to the fact I had no appetite. I lost approximately 70 pounds and felt great. I was put on another med that causes weight gain, and eventually I ended up gaining it all back and am not obese and stuck at the weight I am. The Adderall makes me be able to concentrate. Before I couldn't focus much attention on anything. I don't nap during the day. I stay away and get errands done.