How Can OCD and ADHD Coexist? 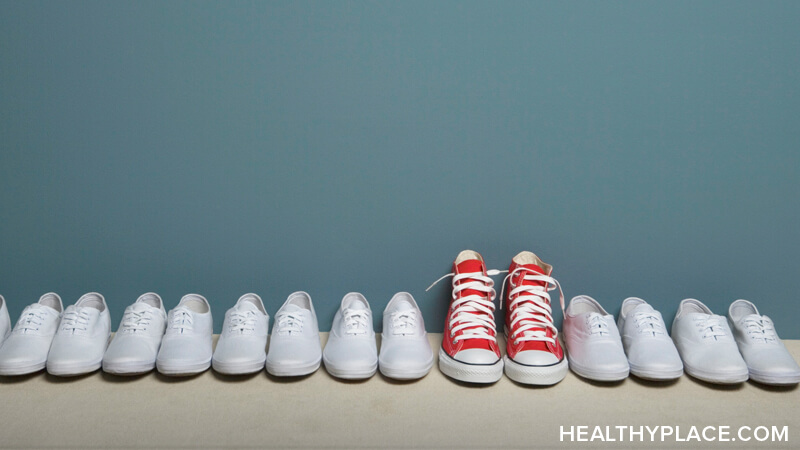 Because obsessive-compulsive disorder (OCD) and attention-deficit/hyperactivity disorder (ADHD) are so different in theory, some doctors argue that they cannot occur together. However, they have a surprisingly high rate of comorbidity, which is when two medical conditions appear together, and many with ADHD report obsessive thoughts and behaviors. Continuing my series of posts about ADHD and comorbid conditions, I would like to discuss the similarities, differences, and possible treatments for OCD and ADHD.

Obsessive-compulsive disorder involves uncontrollable obsessive thoughts and/or compulsions that can create great anxiety. Sometimes OCD involves thinking repetitive thoughts or fearing that one’s thoughts and/or behavior will affect one’s environment, and psychologists now divide OCD into several categories depending on symptoms such as hair-pulling and hoarding.¹

In some cases, ADHDers exhibit OCD-like behavior to make up for their scattered focus. My world often feels out of control, so I make lists and double check things I could forget. To make up for my inability to sit still, I occasionally time myself before shifting positions. These acts might resemble OCD behavior, but they are not necessarily based on irrational fears and compulsions.

Other problems are harder to differentiate. Both ADHDers and those with OCD can struggle with hoarding. Both can be incredibly obsessive and perfectionistic. Sometimes I waste time trying to make a list exactly right, according to some arbitrary standard. I can completely lose track of time fiddling with my hair, which seems to be a compulsion I cannot control. It gives me temporary relief from anxiety, but the need to do it also causes stress and occasionally harms my head.

Why Are OCD and ADHD Sometimes Similar?

Family members with ADHD have reported similar behaviors. One plans to see a psychiatrist about a possible OCD diagnosis. Like ADHD, OCD appears to be genetic, so one has a high chance of sharing the conditions with a relative. Scientists debate how frequently the two conditions appear together. Some argue that they rarely overlap,² while others consider ADHD the most common additional diagnosis for those with OCD.¹

Both OCD and ADHD affect a part of the brain that controls executive function, which helps people organize information and regulate their brain and body. Interestingly, though this area of the brain seems to under-function in ADHDers and over-function in those with OCD, the results can look alike. For example, someone with ADHD might take a long time to perform a task because he keeps getting distracted, while a person with OCD may take her time because she is fixated on performing the task in a very specific way.

Also, both conditions impact important mood-affecting neurotransmitters. Attention-deficit/hyperactivity disorder correlates to a lack of dopamine, which stimulates the brain’s reward system, and OCD involves a deficiency of serotonin, which is tied to a number of functions including happiness. Both OCD and ADHD appear on a spectrum, and, even though they seem to be on the opposite ends of that spectrum, certain researchers find that there might not be such a thin line between the two conditions.³

Sometimes people with OCD are misdiagnosed with ADHD and doctors advise those who might have both diagnoses to treat the OCD first. Stimulants used to treat ADHD often exacerbate OCD symptoms. Selective serotonin reuptake inhibitors (SSRIs) can treat both depression and OCD.

On a personal note, while on stimulants, I have noticed that my obsessive behavior remains about the same, but my thoughts related to that behavior become more irrational and obsessive. My relative with possible (but undiagnosed) OCD says that stimulants do not worsen his OCD symptoms.

Of course, therapy is recommended for those with ADHD and/or OCD. Ideally, find a therapist and psychiatrist who specialize in both. These conditions, especially when occurring together, can cause a lot of anxiety and stress.

In the video below, I address the theory that OCD and ADHD are too different to appear in one person.

Please let me know about your relationship with OCD and ADHD in the comments and if you believe they can occur together.

Hi, coming in two years later so this might not be relative anymore but who knows.
I've have both adhd and ocd that went undiagnosed until I was 25ish (turning 27 this summer) and it's an absolute mad house in my brain.
My life has been a struggle of needing food cut/prepared a certain way to eat it, then getting hyper focused on something and forgetting it entirely. Of being an awful student on paper because I could never follow along but having perfect notes that I spent hours on because I would stress otherwise. It's needing clean, organized spaces to your specifics so much you'll throw up otherwise but not having the attention span to finish the work. It's absolute hell.
I say this because growing up, I always assumed I was stupid, lazy, would never amount to anything. I'm a girl and I read a lot so it was never even a thought that maybe I had these disorders.
When I finally brought it up with my doctor and he came to the conclusion (after many sessions), it was like a weight had been lifted - only to fall directly back onto my shoulders.
When people don't believe that the conditions are real, let alone not able to live inside one person, it's demoralising. Because now I'm either a liar or exaggerating and suddenly my feelings are invalid.
I do take medication for the adhd, and it neither helps or worsens my ocd. However having even one condition "under control" has been better than both of them running wild.

Hi,
I've been in a long struggle with all of my experiences and having people around me both suggest I have ADHD or ocd.
In the summer my psychiatrist suggested ADHD and I was nervous to try medication so I waited until my life was unbearable then I tried it and a lot of my problems disappeared.. although my anxiety became worse in times which my advisor noticed and suggested I have ocd. I really saw pros and cons in taking the medication and I still struggle to take it everyday, but I also struggle with obsessive thoughts that only quiet on the medication. I worry that it's one or the other and I can't figure it out but I also worry is both together or neither.
I truly wish there was more research on the topic of comorbidity because I struggle explaining my experiences.
Thanks for the video,
M

Gosh, that sounds hard! I also wish there were more research. Have you tried different kinds of ADHD medications? It is a pain, but some might be better for your anxiety and obsessive thoughts than others. Also, are you seeing a therapist you can talk to about both OCD and ADHD? I think OCD is commonly treated with certain types of therapy as well as medication. Thank you for stopping by, and I hope things improve.

I feel you.
I think ADHD makes one vulnerable to mistreatment by their environment (bullying, harsh criticism, parental abuse, etc) which causes trauma which itself leads to OCD as a coping mechanism; as a way to balance their behavior (being careless, and impulsive, etc) they end up adopting the opposite behaviors (such as starting to overthink, to balance their impulsivity) to become "well-behaved" and meet the expectations and thus stopping the unpleasant criticism.
example: I would open and close the door multiple times until it "feels right" because subconsciously I know that I'm carless and don't make things right from the first time (due to ADHD), and reason that if I do them multiple times I would probably end up doing it "properly", and the satisfaction that comes from it when it "feels right", is just my brain rewarding me for adopting the new behavior that it thinks would avoid me criticism. it becomes subconscious and no longer about a thing that I'm "bad at", thus I end up applying it to even opening and closing doors to sustain it.
I'm just drafting my thinking here, if anyone reading this is an expert and thinks this is reasonable, please get in touch, and maybe we can crack this ;)
email: armas111@outlook.sa

Hi
Thanks for video and your arthicle
Recentlly I figure out I have Adhd and ocd togeather also bipolar
I take a medicatoon conserta,gabapatine,lomotregin
Also I have high ability for find best solution and ..
I looking for solution for treatment

Hi Ali! Thank you for your comment. I know it takes a lot of trial and error to find the right diagnoses and medication. I would continue working with your doctor, therapist, and/or psychiatrist to find the best solution. If you find that you run into a dead end, don't be afraid to find another doctor or counselor! Wishing you the best of luck on this journey.