Introduction to Austin Harvey, Author of ‘Living with Adult ADHD’ 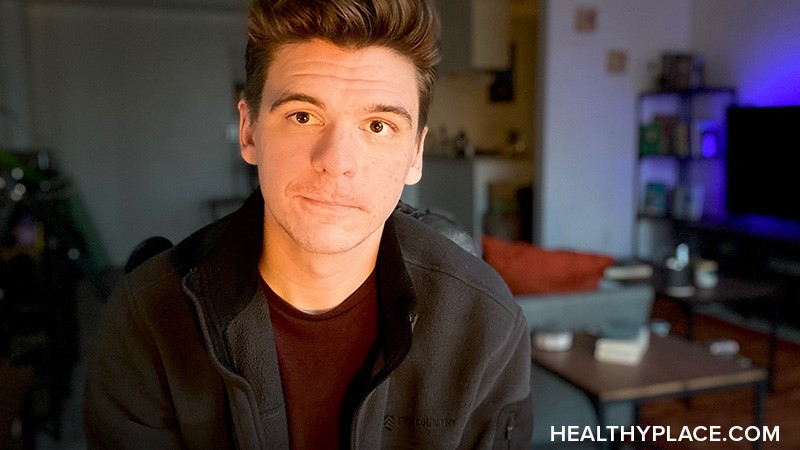 I’m Austin Harvey, a screenwriter, author, blogger, musician, and new addition to the Living with Adult ADHD blog at HealthyPlace. I was diagnosed with attention-deficit/hyperactivity disorder (ADHD) in February of 2021, at age 24, but no matter what year it is, hindsight is 20/20. In other words, my diagnosis explained a lot. I used to procrastinate on all my assignments and never planned much for the future; I was terrible with money (okay, I'm still terrible with money); I spoke without thinking first, then wondered why I'd said what I'd said; I struggled with simple, stupid things like what color shirt to wear or how I wanted to spend my free time, which often meant wasting my free time thinking of all the things I could be doing. It was an exhausting life, and it was through learning about my neurodivergency that I was able to explain some of these behaviors and, more importantly, work on correcting them.

My mom used to ask me to repeat what she’d just told me out of concern that my “head was in the clouds” or that I was “off in La La Land.” More often than not, she was right. I hadn’t been paying attention. I interrupted a lot in class — I was just lucky that my teachers liked me, and my interruptions were received by laughter or playful eye rolls. I wasn’t a gossipy person, but I couldn’t keep my mouth shut, which, I suppose, led to gossip. I absolutely could not handle confrontation. When someone was upset with me, my brain completely shut down. Sometimes I’d lie to get out of a situation, even when the truth would have been the better option (it always is). These were things I felt I had no control over, and worse, I had no understanding of why I did them. I destroyed relationships because I couldn’t communicate; I hurt people because I couldn’t control what I said; I was broke because I spent money impulsively.

Here’s the thing with ADHD: it never goes away. I’m on ADHD medication now, and I know useful coping mechanisms and techniques to help me focus. I know eating well, getting enough sleep, exercising, and spending time in nature help me to focus. I keep a planner, and I mark everything down in my calendar. But it’s still difficult. My brain is still noisy. The first time I took medication and the chatter in my head softened, I thought, “Is this what it’s like for everyone else?”

It was a lonely thought. I’m writing this because it doesn’t have to be a lonely thought. Roughly 4.4% of the U.S. population is diagnosed with ADHD.1 That’s nearly 15 million people if you do the math.2 That isn't a small number. Yet ADHD still faces a crippling stigma — medication for it even more so. The only way to combat ADHD stigma is by sharing information and experiences.

That's what I'm here to do, and I’m glad you're all here for it.