How to Support Someone Who Is Mentally Ill 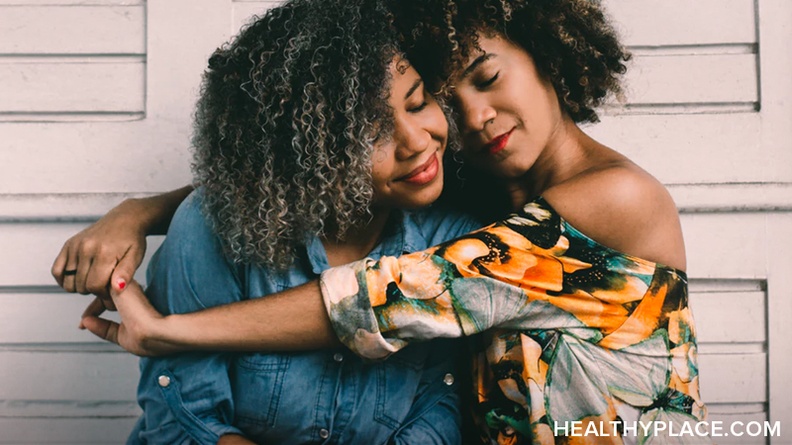 There are so many different schools of thought on how to support someone who is mentally ill. In the early days of my brother's diagnosis, I frantically researched the best ways to help him and found myself entirely overwhelmed with all the conflicting information that's out there. One blog would tell me to listen to him talking about his anxious thoughts, the next would tell me to redirect the conversation to avoid fixation. One blog would encourage me to design a routine where the family had coffee together every morning, the next would say to remove all caffeine-based stimulants from the house. I didn't know who to listen to.

Support Someone Who Is Mentally Ill by Asking Directly

The key person I neglected to ask was my brother. Honestly, I felt awkward bringing up the topic of his mental illness -- especially when he was going through good periods. I was worried about reminding him that he was sick -- which we both laugh about now because it's not as if he ever forgot.

About a year after his diagnosis, I eventually plucked up the courage to ask my brother straight out about how he wants me to support him when his symptoms flare up. The answers he gave taught me so much about his condition and preferences -- they enabled me to tailor my reactions in a way googling "how to support someone who is mentally ill" never could have.

I know now that my brother likes to be regularly asked about his anxiety levels, even when he seems outwardly calm -- this allows him to ask for help at an early stage if needs be. I know that he doesn't like others being involved in his medication management -- he's good with numbers and will remember what dosage he's supposed to take of each drug even when his brain is at its foggiest. I know the name of his favorite counselor and the hospital that he wants to be taken to if he's ever really in crisis.

Be Brave When You're Supporting Someone Who Is Mentally Ill

As much as I have benefited from reading about the experiences of others, I can't learn about the individual support needs of my brother from someone else, and you can't find out how to support someone who is mentally ill that you love from reading this post.

Let's work up the courage to ask difficult questions -- your loved one might feel too awkward to instigate an important conversation about their support needs with you.

How do you support someone dear to you with their mental illness? Share your thoughts in the comments.

Tags: someone who is mentally ill

APA Reference
Spendlove, N. (2020, June 22). How to Support Someone Who Is Mentally Ill, HealthyPlace. Retrieved on 2023, January 28 from https://www.healthyplace.com/blogs/mentalillnessinthefamily/2020/6/how-to-support-someone-who-is-mentally-ill

Micromanaging Symptoms: A Warning to Family Members
What Is Your Supportive Style?
Danielle
June, 26 2020 at 3:08 pm

My husband took the initiative to learn about bipolar disorder and we went to counseling together which helped me better relay my needs to him in a way he could understand. My therapist was really great about listening to my thoughts and finding actions my husband could take to help me.

Hi Danielle,
Thanks so much for sharing your experience! It sounds like you've found an excellent therapist -- really proactive and practical. The going to counseling together is an excellent tip. I wrote in a previous post about how my family are considering trying family therapy for the first time after restrictions ease, so we'll hopefully be trying that one out for ourselves soon!
Nicola