Fostering Independence in Your Child with Mental Illness 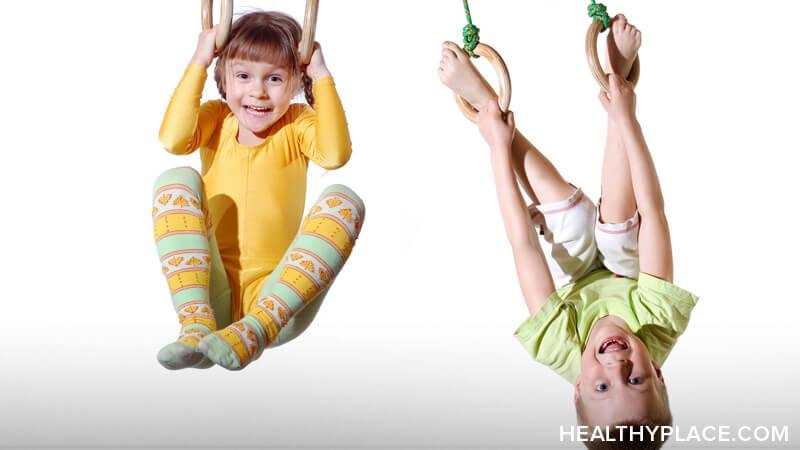 I was watching my son's team on the soccer field recently, realizing how big he and his friends are now. One of his friends even biked there on his own from a few miles away. I would never let my son bike to the field on his own. I rarely let him stay home alone even though he legally can. I don't allow certain video games, especially if they involve multi-players online. Yet I recognize how all of these things may be appropriate for his friends.

In fact, by age 10, I expect my daughter to be capable of these things, too. She can regulate her emotions. She has appropriate impulse control for her age and isn't distracted. She enjoys responsibility. My son's attention-deficit/hyperactivity disorder (ADHD) means his impulse control is non-existent. He's easily distracted. He needs external motivation to do things he doesn't like. He can't control his moods once something triggers them. It's how his brain functions, and I have to parent to that brain's abilities, not to everyone else's expectations.

I once had my children run ahead of me to the school bus stop. My then five-year-old daughter ran straight up the block and climbed into the bus. My son immediately veered off in the opposite direction and ran laps around a random house. This delighted a younger boy nearby, who started doing the same thing, much to the dismay of that kid's mom who started yelling at my son. (By the way, one of the most anger-inducing and mortifying things to happen to a parent of a child with mental illness is to have another parent try to control that child in front of us. Don't do it. If what you're doing actually worked, we'd be doing it ourselves.)

While many of his peers can probably get to school independently in the mornings, I simply can't trust that my son will. He hates school. Combine that with the lack of executive functioning that comes with ADHD, and you have a recipe for a national news report about the neglectful parent who let her special needs child go missing.

Fostering Independence in a Mentally Ill Child During Transitions

The debate around fostering independence has deepened for me now that my son is almost done with elementary school. I decided to read up on how people manage the transition to middle school for children with disabilities. It was depressing. Articles declared parents needed to tour multiple schools, choose their child's class schedule for him based on how close the classrooms are to each other, go to school and practice walking to class and opening combination locks and arrange for friends to sign off on his daily planner.

Who suggests this level of hand-holding when we all remember the horrors of middle school? My child already has enough problems without being ostracized because his mommy hovers over him. Yet, I can see why these things could be helpful if I want him to succeed. So do I hand-hold my child or let him potentially crash and burn? What's normal independence for a kid who, for lack of better words, isn't normal?

I'll let you know if I ever find out.

Melissa David is a mother based out of Minnesota. She has two young children, one of whom struggles with mental illness.The support and wisdom of other parents proved invaluable to her in raising both her children; and so she hopes to pay it forward to other parents via Life With Bob. You can find her on Facebook and Twitter.
Introduction to Susan Traugh, Author of 'Life with Bob'
Stigma Against Parents Who Raise a Child With Mental Illness
Anyo Geddes
November, 26 2019 at 9:13 pm

This was a very thoughtful article I really relate to & wonder if you discovered any ideas for approaching it? Thank you for your honesty as a parent.

They are a true source of inspiration by how they carve a life full of roses out of thorns. Please read this story: https://columntribe.wordpress.com/2017/07/26/might-as-well-think-again-before-you-call-th…

Childhood ADHD and Stealing: What's Going on with Your Kid?
Life with Bob
What I Do When My Child with ADHD Talks Excessively
Life with Bob
Should People with Mental Illness Have Children?
Life with Bob
The Difference Between Oppositional Defiance (ODD) and DMDD
Life with Bob
My Teen Stopped Taking His Psychiatric Medication
Life with Bob
It's Not Unusual If Your Child Hears Voices
Life with Bob