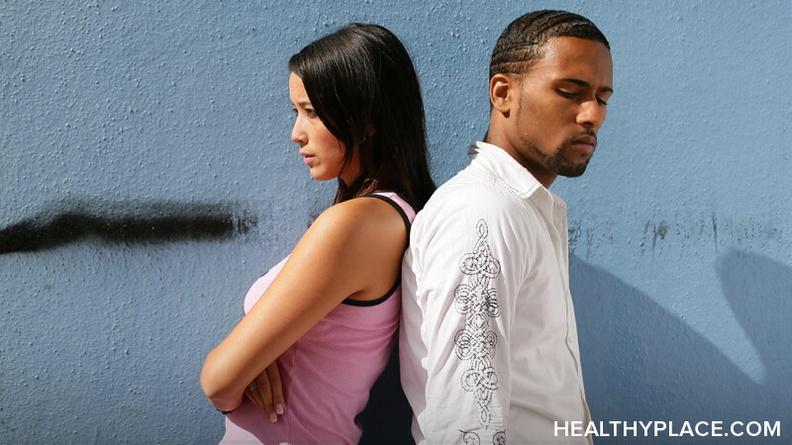 Feeling misunderstood is one of the most difficult and painful things for people with mental illness. It’s difficult for most everyone, but sometimes our mental illness can make the misunderstanding even more complicated and can even contribute to mental health stigma. Has it ever happened to you? Some event transpires and you are clearly misunderstood by another person, or a group of people? Have you experienced a misunderstanding that has contributed to mental health stigma?

For example, a person with depression might be asked to go somewhere or do something with friends or family. The depressed person might be so ill that even thinking about going on a quick jaunt to the grocery store feels like storming the beaches on D-Day. “No thanks, guys,” she says. “Maybe next time.”

People can easily misinterpret this to mean she doesn’t like them anymore, she doesn’t want to be around them, she’s selfish or she's stuck up. But none of these things apply. She just feels sick and it really is that simple. No hidden motives, anger or masked resentments that made her say no.

Mentally ill people are often confronted by the issues of mental health stigma by society, friends, family, and even themselves (The Pain of Self-Stigma).

Misunderstanding is one of the strongest roots of this mental health stigma and is caused, largely, by the misconceptions and ignorance of mental illness and the plight of mentally ill people.

Stigma is perpetuated by these and many other misapprehensions. Let’s look at some ways we can use to combat our own contributions to the stigma of mental illness and make being or feeling misunderstood less likely.

Communication is Key to Avoiding Misunderstanding and Mental Health Stigma 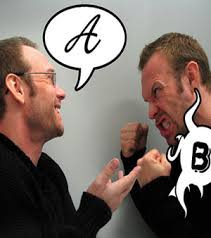 Our society has become one in which most people communicate via text message, email, and social media sites such as Facebook and Twitter. These methods of communication can be helpful, but sometimes they can hinder communication. These forms of communication might even create misunderstandings that might not have happened if we had not been communicating solely through the written word.

One reason for this is that non-verbal cues are key to understanding. Anthony Tjan, Chief Operating Officer, Managing Partner and Founder of the venture capital firm Cue Ball, explained,

“The biggest drawback and danger with email is that the tone and context are easy to misread. In a live conversation, how one says something, with modulations and intonations, is as important as what they are saying. With email it is hard to get the feelings behind the words.”

How to Minimize Misunderstandings and Fight Mental Health Stigma

When possible, communicate face-to-face or by telephone if you are talking about important personal topics. -- This is good advice for everyone. However, it can also cause another difficulty for mentally ill people because our mental illnesses sometimes cause us to isolate and withdraw from others.

We don’t want to talk to people at all, let alone over the phone. But like most things in life, we who are mentally ill will have to work harder to overcome our fears and get out of the comfort zones we have built around ourselves if we want to minimize misunderstanding. Here’s a few more ways to avoid being misperceived.

Give others the benefit of the doubt. -- So often we think someone is saying or thinking negative things about us when they really aren’t. This can be particularly complicated for mentally ill folks. This is because their symptoms can often cause paranoia and this paranoia makes it even more difficult to avoid misinterpretations.

In my own journey, I’ve found it helpful to give people the benefit of the doubt and try to believe the best about them. This can help lessen any paranoia we might feel. It’s been my experience that most people are trying their best in life and many times our judgment of them is misplaced.

Don’t overthink things. -- Many people with mental illness tend to obsess over things and ruminate in their minds. This can easily bring us to a misunderstanding of others’ actions and motives. When you find yourself overthinking something someone said, if possible, bring yourself back to believing the best about them. This refusal to judge negatively, at least until you have all the information, will help cool your paranoia and perhaps avoid mistaken conclusions.

Misunderstanding, being misunderstood, and mental health stigma can be a constant battle. We must fight the urge to judge others harshly or believe the worst about them. Then we will be contributing less to mental illness stigma.

What Is Victim Thinking?
Should We Open More Long-Term Psychiatric Facilities?