Rape Survivor Lesson 1: No One Wants to Be Raped

Rape fantasies are common for women because American culture does not want a woman to enjoy sex. All it takes to prove this is the double standard we have for men and women when it comes to promiscuity. Women are not supposed to like sex. So a fantasy about being taken into erotic bliss by someone powerful is common. Being beaten up during the fantasy is also common as a way to punish yourself for having the fantasy. The important thing to remember is that you are in control during the fantasy--this is not the case during rape. Rape fantasies do not mean you want to be raped.

While we're on the subject, orgasms during a rape do not mean you wanted to be raped or that you enjoyed the rape. Your body was not programmed to know the difference between consensual sex and rape. It's an aspect you have no control over.

Not resisting does not mean you wanted to be raped, either. You did what you felt you had to do to save your life.

In short, no one wants to be raped. It's not something you can consent to. Rape by its very nature is about control--the rapist has it, the victim doesn't. Who would want that? 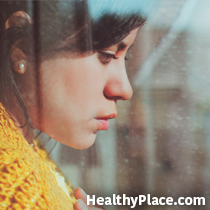 Fortunately, some modern courts recognize that a drunk person can not consent. There is a movement to declare alcohol a date rape drug because so many people believe that drunkenness is a "one night stand." Drunkenness does not equal consent (After the Rape: Three Lies Rape Victims Believe). It doesn't matter how much you've had to drink--if you said no, it was rape. If you said stop, you did not consent, and it was rape. End of discussion.

Rape Survivor Lesson 3: Posttraumatic Stress Disorder Is Real, but So Is Recovery

Many, if not most, rape survivors suffer from posttraumatic stress disorder (PTSD). This is a very real mental illness that results from exposure to a traumatic situation in which you feel helpless. Symptoms of PTSD include flashbacks, nightmares, avoidance of triggers, and hyper-alertness. A long time may elapse between the rape and the onset of PTSD symptoms--for me it was a year. PTSD is real--but so is recovery.

I found that writing about the experience, while difficult, was liberating. Some find that talking about it is freeing. But do so in a safe way. Be ready for flashbacks and other symptoms such as self-harm ideation. You survived the rape--you can survive the aftermath. You are a strong person with a very real wound that can heal.

I wish you well in your recovery.

You can also find Becky Oberg on Google+, Facebook and Twitter and Linkedin. Her ebook, Comforting Tamar, is available on Amazon.

Humor as a Mental Health Coping Skill
Recovery from Posttraumatic Stress Disorder: What Helped Me