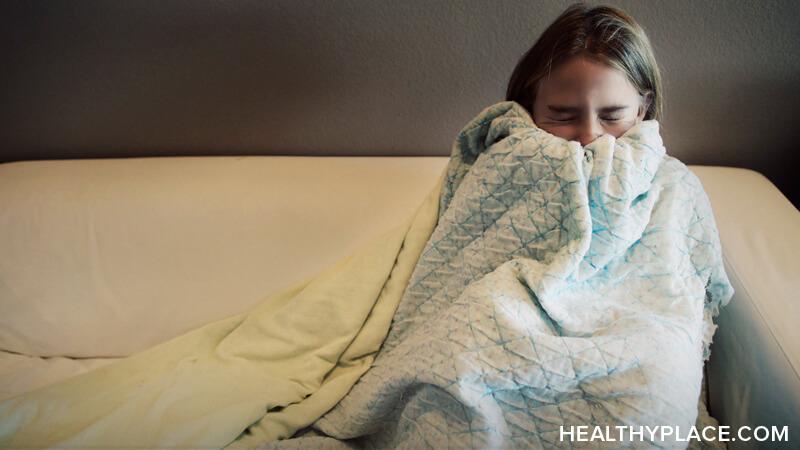 Are you using old coping mechanisms that no longer serve you? Coping mechanisms are habits and behaviors that we use in order to cope with problems we can't necessarily solve. For instance, if you have to take a big test and it gives you tremendous anxiety, you can't just not take the test or simply stop being anxious. Instead, you need to cope with your anxiety to get through the experience. But what happens when the old coping mechanisms we use actually start causing problems instead of solving them?

This is a very common problem when it comes to coping with things like mental illness and abuse. Both can make you feel painfully powerless, and both are often long-term problems. This means that the coping mechanisms that helped you survive at first may, over time, become less helpful and more problematic or even destructive.

The First Step Is Recognizing Your Old Coping Mechanisms

For me, there are a few different situations where I need to let go of old coping mechanisms. A few years back, I had to start by realizing that some of my behaviors weren't just part of my personality, they were actually coping mechanisms that I've been doing for so long that I didn't even realize I had any control over them.

For instance, I always thought I was introverted because I spent a lot of my time daydreaming whenever I was with people, instead of really interacting. Then I realized my constant daydreams weren't a sign of introversion, they were an old coping mechanism that wasn't helping me anymore. In school and at home, whenever I was overwhelmed by a social situation, instead of engaging and possibly failing, I would tune out and enter a whole new world where I was in control and I could tell the story over and over until I got it right.

I could be the right kind of person and say the right kind of things, and for a while, I really needed that. I needed somewhere safe to go when I felt like I wasn't good enough or when the real world got to be too much. But once I left home, the daydreams started to fade. I no longer needed a safe place in my brain. It was safe to interact with the world, and constant daydreaming was actually a detriment to my life.

Once I realized what was happening, it still took a while for me to really admit that was what was going on, and even after I admitted it, it took a long time to actually stop triggering myself and checking out those accounts. Sometimes, I still do.

How do you let go of old coping mechanisms? Share your advice with the community in the comments.

The Internet and Mental Health: It Helped & Hurt My Recovery
Distraction vs. Avoidance: How to Cope with Distress
Sandra R
February, 17 2020 at 11:25 am

The more you focus on it the bigger it gets.