Bipolar Self-Harm: Why Do We Do It? 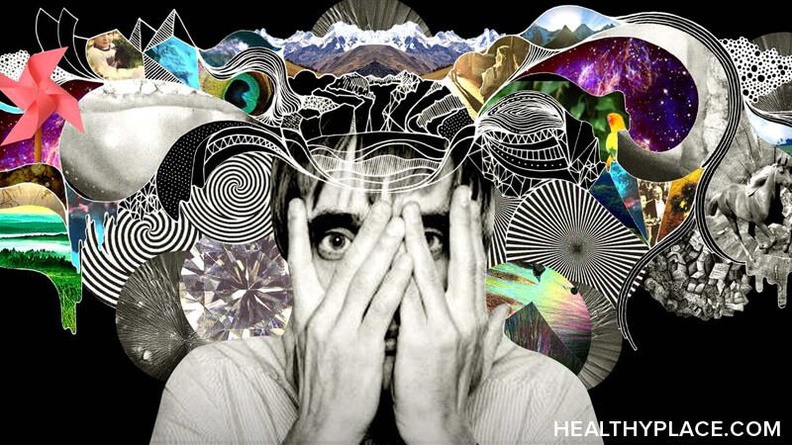 Self-injury often travels with certain psychiatric conditions. One such example is bipolar self-harm. This is not necessarily a symptom of bipolar disorder, but I think many bipolar patients ended up hurting themselves at some point in their lives. Why do we do it? As always, self-harm is a complex phenomenon, so I may not have all the answers, but I can share my own experience in this post.

Bipolar and Self-Harm: Are They Related?

Studies suggest that bipolar patients are most likely to engage in self-destructive behaviors during the so-called mixed state.1 I can fully understand that scenario as that’s when it happened to me as well. I was feeling extremely sad and depressed, but at the same time, I had so much energy and felt agitated and on edge all the time. It’s a very dangerous state to be in, and I found this cocktail of emotions unbearable.

Some research also suggests that bipolar women are more likely to hurt themselves than men,1 especially in adolescence. Again, this was true in my case, as I started self-harming back in high school. However, this statistic might wrongly imply that self-harm is a teenage girl thing while it’s not. It can affect anyone, regardless of their gender, age, or background.

While there is some relation between bipolar disorder and self-harm, some people may never experience any urges. In fact, my doctor in the past didn’t believe my self-injury was due to my disease (although I disagree), so I would suggest working closely with your psychiatrist to find the root cause.

The motivations behind self-harm are very different for each person. I often see bipolar patients talking about the unbearable tension in their bodies that they try to resolve with self-injurious behavior. I usually self-harm during mixed states, which feel very tense to me, so I can relate to that statement.

When I had my last mixed episode, I didn’t sleep a lot, my body felt uncomfortable and restless all the time, and the racing thoughts became too much. While hypomanic, I could resolve this tension with creativity as I had a million "brilliant" project ideas where I could redirect all that excess energy. However, just before depression fully hit me, I was stuck in this unbearable limbo of emotions, which I later learned was a mixed state. I was still restless, but with a negative outlook on myself and the world around me, and nowhere to release that energy. The easiest way to soothe that sensation was through acts of self-aggression, which of course, was only temporary relief.

This is just my experience, and everyone is different. Do you also suffer from bipolar and self-harm urges? How does it feel for you? Let me know in the comments.

APA Reference
Halas, M. (2021, July 12). Bipolar Self-Harm: Why Do We Do It?, HealthyPlace. Retrieved on 2021, October 27 from https://www.healthyplace.com/blogs/speakingoutaboutselfinjury/2021/7/bipolar-self-harm-why-do-we-do-it

Hurting Yourself to Get Out of Work or School
Addressing Self-Harm Wrist Scars: What Not to Do