Symptom Switching: When Your Eating Disorder Wears A Costume 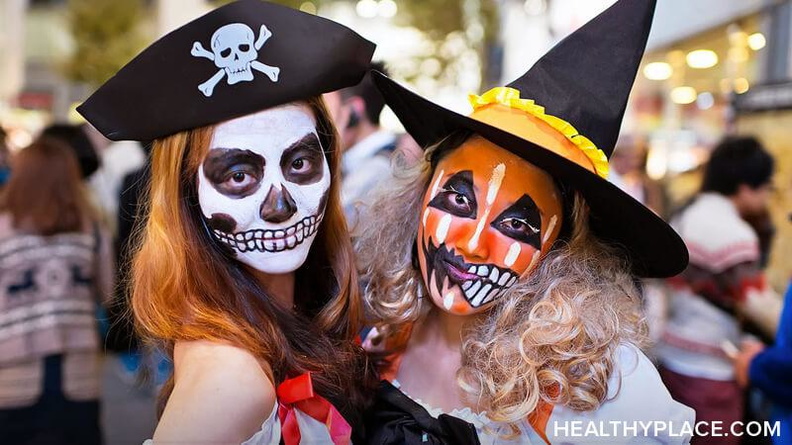 Happy Halloween, y'all! While I always greatly enjoy seeing what the kids in the neighborhood dress up as, there is one thing I am less excited to see in disguise: my eating disorder. Symptom switching is your eating disorder's way of sneaking back into your routine. In the past 14 years, one thing I have learned is this: the eating disorder never stays the same.

My eating disorder has gone through just as many shifts and morphs as my body and sometimes, I'm deep in the eating disorder before I ever realize that is what happened. If my anorexia symptoms were just the same every time, then I could be more vigilant about relapse. But sometimes I think I'm doing "so much better!" because I'm not in the gym for hours a day, only to realize that I've cut back on portions or gone back to taking X, Y, or Z pill in vast quantities.

What is Symptom Switching?

Experts refer to this as "symptom switching" and it really just means one thing: your eating disorder is determined to kill you. And it will take any entrance available - front door, back door, second story window. Heck, it'll drop in by parachute if that's what it takes to blindside you and finish you off.

The essence of symptom switching is this: you give up one maladaptive behavior by replacing it with an equally maladaptive behavior. When I first attempted recovery on my own, I had a terrifying month-and-a-half where I binged on a daily basis. On the surface: AWESOME! I'm not restricting any more! I am putting on much-needed weight! But was bingeing any better for my body? Was bingeing getting me any closer to understanding the roots of my eating disorder? No. Not at all. 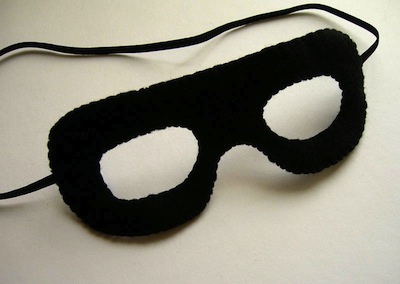 I wish symptom switching wasn't a common occurrence. But I have known more than one person who has returned to eating disorder treatment a year or two after discharge because they gave up one set of behaviors for another. Can't binge and purge? Easy - just don't eat. Have to actually eat and stop restricting? Easy - just purge it. Don't want to binge any more? Sometimes it's easier to just stop eating altogether.

Your eating disorder is going to try to convince you that X behavior is totally okay because it's not Y behavior that you're usually engaging in. It's not. You might think to yourself (or your ED might suggest), "Well, it's the lesser of two evils."

Fine. But it's still evil, yes?

Enter alcohol, cigarettes, drugs, self-harm, promiscuity - you name it. One of the wisest decisions I ever made was choosing the inpatient route over the much more convenient outpatient route, which would have doubtless saved my family thousands of dollars. Initially, at least. Having had problems with self-harm since I was a young teenager, I knew that if you took away my primary coping skill (starving), I was going to start looking for something sharp and it was far better for me to be in a controlled environment.

And it was. Recovery is not easy - feeling difficult emotions is not easy. Even in a controlled environment, I found ways to hurt myself pretty severely and once I came home, I seemed to pick up new addictions like pennies on the sidewalk.

After my first trip to residential treatment, I returned home to do a local day program and very quickly began drinking to deal with the anxiety I felt about not being able to act on eating disorder symptoms. Toward the end of my first round of day program, I started smoking. And, of course, there was always the self-harm.

I wasn't dealing with the anxiety that was coming up when I ate - I was drinking it away. I wasn't allowing myself to feel sad or hurt or angry - self-harm always did the trick to shove that aside. Pain of body is better than pain of mind, right Syrus?

If You Want To Recover, It ALL Has To Go

There are two ways to go about your recovery: you can really recover, or you can just give up the most distressing eating disorder symptoms. The latter is what I refer to as "managing symptoms" -- you do your best to make your life fit around your eating disorder or secondary addiction, but you never really get rid of it.

I think of it as akin to chopping off tree branches - one branch is gone, but the rest of the tree and its branches are still going strong. If you want to truly recover and live a life of freedom from your eating disorder and other addictions, you've got to go underground and rip it up from the roots. Which means you have to commit to walking through really miserable feelings and memories without the benefit of your old stand-by behaviors.

But it gives you the chance to learn new, healthier skills and become more the person you want to be - not the person your eating disorder would like to mold you into.

What has your experience been with symptom switching in recovery? Have you found ways to support your recovery from an eating disorder while also preventing you from acting on other destructive behaviors? I have found AA and other 12-step programs to be great for this - even if I'm not an "alcoholic."

And in the spirit of the day, and because humor is one of my best coping skills - what do you call a ghost that lives in Soho? Boohemian.

Learning to Trust Myself in Eating Disorder Recovery
Being Mindful in Bulimia Recovery
hannah
February, 15 2021 at 7:51 am

Yes ! i haven’t entered recovery as yet but i am trying , i’ll go days where i binge , then feel awful after and will switch to not eating for days becuase of it , is this switching or am i just making more things wrong with me ???

Hi Hannah,
Thank you for reaching out. I know it can be difficult to seek out support for an eating disorder, so your comment is appreciated. To answer your question, this behavior you describe does sound like symptom switching, and now that you are aware of it, I would encourage you to reach out for further resources. Here is a list of hotline numbers to and referral services to look into: https://www.healthyplace.com/other-info/resources/mental-health-hotline-numbers-and-refer…. I would also recommend checking out HealthyPlace's Eating Disorder Community page: https://www.healthyplace.com/eating-disorders.
Mary-Elizabeth Schurrer
"Surviving ED" Blogger

This is well written and explains what I’ve been looking at since I left treatment for bulimia. I’ve told myself repeatedly I don’t have a problem because I’m not purging when in fact I’ve simply symptom switching. I never knew what it was but this makes perfect sense. I think it’s time to seek help again.

I´m struggling so hard with that. I thought i was better, my weight is actuallu normal, but now i´m into [using other behaviors.] It is exhausting!

Yanil -
I'm sorry you're having such a hard time with symptom switching! It is so very common, especially in early recovery. Are you working with a dietitian or therapist who can help you through this period?

So, this seriously explains what is going on in my life right now!