A lot of people I've talked to on my journey in and out (and in and out) of this eating disorder hell have told me that there are periods of the year that are more difficult for them because of eating disorder memories or landmarks. I often think of them as anniversaries. It's more than that general tension at holidays or the beginning of the school year - these anniversaries mark something (good or bad) and become a measuring stick.

Thanksgiving is one of my measuring sticks. Every year since 2009, I could tell you where I was on Thanksgiving. How much I weighed. What and how much I ate. How and when and where I exercised. The number of pills I had taken.

It is so easy for me, around the time of these anniversaries, to look back at the eating disorder and wish for it again. It is easy to look primarily at the good things: But I was so skinny and happy, and forget the bad: I was weak and tired and depressed. All I remember is how much I loved the feeling of a good workout the morning of Thanksgiving, followed by an "acceptable" number on the scale. 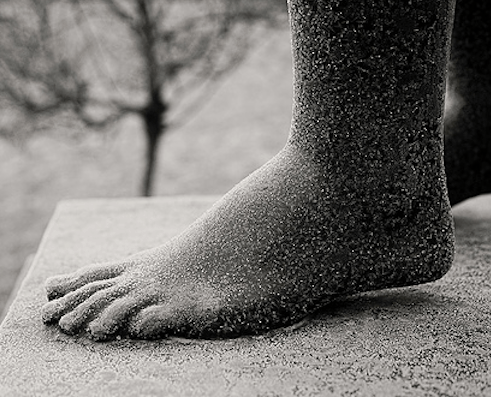 And in those moments, I want my eating disorder back so badly it hurts.

So if you are wishing for your eating disorder this holiday season, or near the anniversary of treatment, or whenever - you are not alone. We all want it back sometimes. You don't necessarily need to freak out -- and neither does your support system. (Though the members of your support system - both personal and professional - are folks you want to take advantage of so you *don't* freak out.)

At these times I am reminded of a quotation from Marya Hornbacher's book Wasted:

It does not hit you until later. The fact that you were essentially dead does not register until you begin to come alive. Frostbite does not hurt until it starts to thaw. First it is numb. Then a shock of pain rips through the body. And then, every winter after, it aches.

I love this passage because it reminds me that those times when the eating disorder aches, when you feel the pain of it all over again, want it so desperately it hurts - are a part of the healing process. It hurts not because you need the eating disorder again, but because it was there at one time and killed parts of you that hurt as they come back to life, and hurt more when they brush with the cold that very nearly killed them.

This is, for me, the winter after that near-death, when limbs that have been damaged ache with the knowledge of what was.

But if we can begin to befriend this ache, we can see it for what it is: a sign that we are healing.

Have a beautiful day, friends. I am so thankful that you would share this journey with me.

(For great ideas on how to cope with holiday stress, see Patricia's latest post.)

It's been six years since I went to treatment, so eating disorder isn't a big part of my life lately. But I just recently had an experience that reminded me of how far I've come. I wrote about it here (if anyone wants to read it). http://stillme-thejourney.blogspot.com/2013/12/i-remember-and-i-never-want-to-be-there.ht…
I hope it's not triggering, but it could be...

You're right Jen! Sometimes, it's good to be reminded how far we've come. I know this all too well. Thank you for sharing! Best!

This couldn't be more true. I often find that around this time it is always the most challenging. I had a baby not too long and I've been in denial for the last few months. I'm currently in relapse. I know I'm at the point where I need some intervention but I don't want to leave my child. Thank you for sharing this, Jess.

Beautiful, strong words! Thanks for sharing!

Thank you Jess for the shout out, and thank you for sharing your story. I'm always amazed at how resilient you are. How strong you are. How worthy of recovery we all are & how grateful I am to know that you're happy now! ;)

Thanks, Patricia. I'm glad to have such wonderful company on this journey. :)
j

I hope you have a wonderful Thanksgiving Jessica. Know that I pray for you always as you are on your journey. You are such an inspiration to so many- and I can't wait to see all the ways God is going to use you <3 You my dear, are a blessing. We may not be close, or know each other that well- but you have blessed my life. God Bless you and your family today and always!

Thanks, Melissa! It is so helpful to have loved ones to encourage me on the way. :) See you at Christmas!
j