Eating Disorders in the Transgender Community: An Overlooked Epidemic 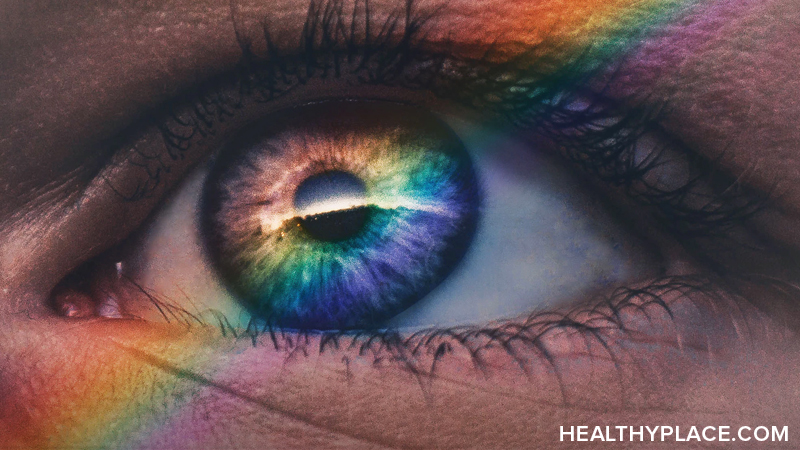 While the archaic notion that eating disorders tend to primarily affect those who are female, white, and heterosexual has been dismantled in recent years, the transgender population is still marginalized—or worse, excluded—from this conversation. Their stories of body-centric violence, trauma, prejudice, and exploitation have caused untold numbers of transgender people to fall into a cycle of disordered eating behaviors. But it's time society is made aware of these men and women in the transgender community who suffer—and recover—from eating disorders, so this epidemic will not be overlooked anymore.

The Prevalence of Eating Disorders in the Transgender Community

I will start this discussion by revealing that I am, in fact, a white, heterosexual female who lived with an eating disorder for 15 years, so I don't claim firsthand knowledge of the transgender experience. All I can do is use my own privilege to hold space for those who are too often rejected or subdued by the mainstream culture. With that being said, earlier this week, as I listened to a podcast interview with a writer and social justice advocate, I was struck by a declaration she made that society at large needs to hand off the microphone to members of the transgender community. These people, she continued, are some of the most otherized human beings in the dominant culture for no reason besides their choice to identify as transgender. As I ruminated on that interview and the call-to-action of amplifying more transgender voices, I started to wonder if this community is underrepresented in the eating disorder population too—as it turns out, the answer is "yes."

In 2015, for example, The Journal of Adolescent Health found that in a survey of almost 300,000 college students, those who identified as transgender reported a higher risk of behaviors associated with disordered eating such as laxative abuse, caloric restriction, and binge-purge cycles.2 In addition, these individuals were more likely to report a diagnosis of anorexia or bulimia than students who identified as heterosexual. The research cites a few explanations for this prevalence of eating disorders in the transgender community including an effort to reshape their bodies in accordance with the social norms of femininity or masculinity, to repress sexual characteristics which don't reflect their gender identity, or to cope with the trauma of stigmatization, discrimination, and internalized self-loathing.

In most cases, recovery takes attention and care from eating disorder treatment programs, clinicians, and a firm support network. But the stark reality is, transgender people often don't have access to these resources which makes the healing process considerably more difficult—not to mention, both painful and isolating. So how can eating disorder treatment be made more inclusive and accessible to those in the transgender community? As with most issues of marginalization, awareness is the place to start.

Healthcare providers can educate themselves on how to address the unique specifications of their transgender patients. Treatment facilities can make strides to ensure that all therapeutic interactions are sensitive to the transgender experience. And finally, relatives, friends, and others in the support network can communicate safety and respect through simple but meaningful actions like the use of chosen names or pronouns. The rate of eating disorders in the transgender community is an overlooked epidemic, but it doesn't have to remain this way.